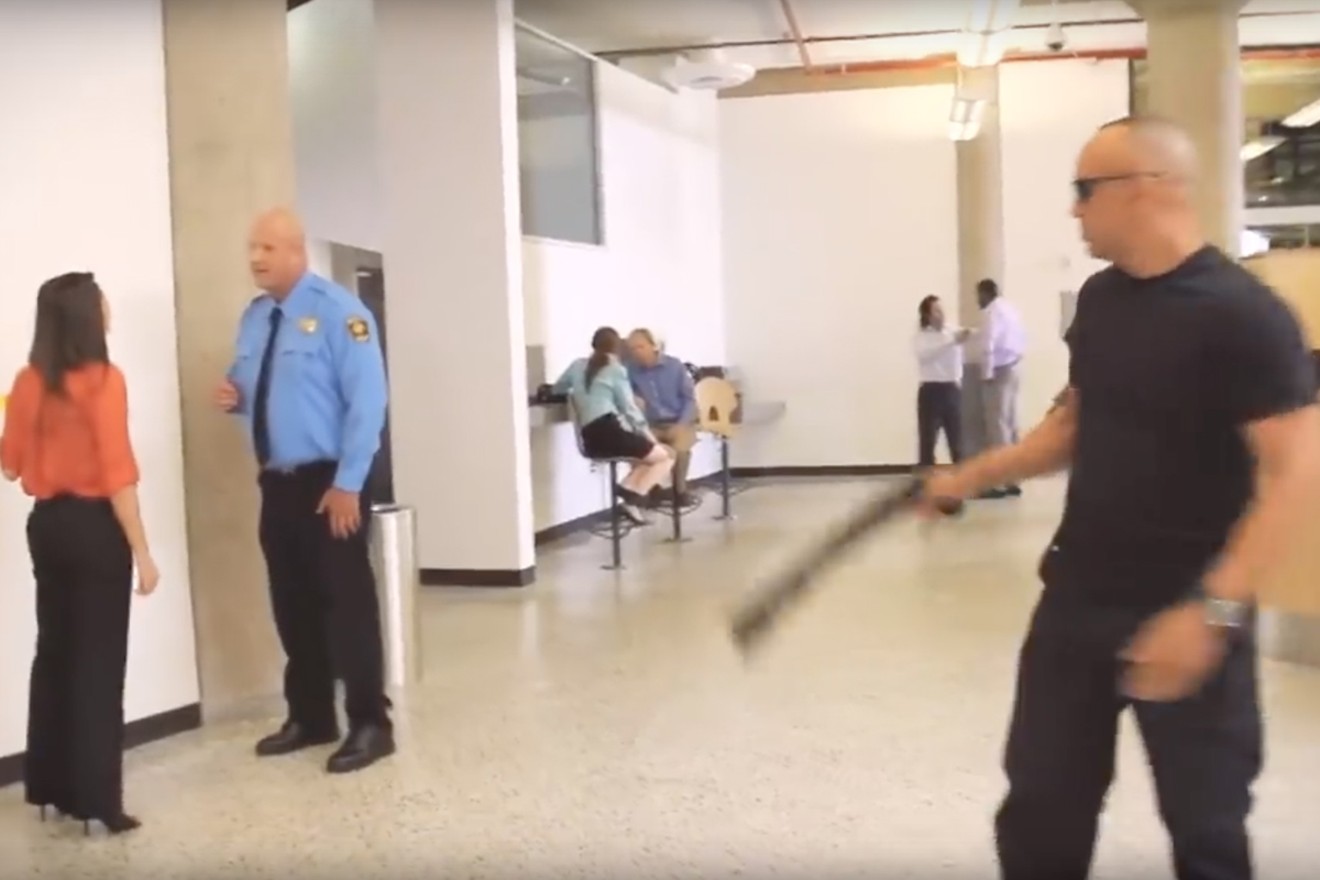 The City of Houston produced a video on how to survive an active shooter. Screenshot from RUN. HIDE. FIGHT.® Surviving an Active Shooter Event/YouTube.com


Last week's false report of an active shooter downtown was frightening. There are so many places for a suspect to hide and — had it occurred in the tunnel system — so few ways for a victim to escape.

That fear has been overshadowed by the events of this weekend, where 20 were killed and 26 injured in El Paso, and at least another nine killed in Ohio. That brings to 32 the number of mass killings in our country this year alone, and it's only August.

We can stick our heads in the sand and hope that events like these, or like last year's Santa Fe High School shooting, never happen again. But denial never, ever works.

This is Texas after all and guns are as much a part of the Lone Star State as cattle, football and barbecue. But put those guns in the hand of somebody who feels estranged, humiliated, unhinged, disorganized or bent on revenge, and place that individual into a high population zone, and you've got the recipe for another mass killing (defined as three or more killings in a single incident).

So if you've got an opinion about how to fix the situation, then please continue to express those ideas to your representative and congressperson, because there's no denying that something needs to happen.

Visit Whoismyrepresentative.com to find out who represents you in Congress.


School administrators know exactly how real these threats can be. Behind the doors of those administrative offices are regular alerts and scares that call for investigation and intervention; they don't always make the news but they're part and parcel of our current education system.

Even false alarms are traumatic. I have a family member who will never set foot inside Memorial City Mall again. He was there a couple of Christmases ago when the mall was evacuated; apparently a burglar had broken some glass and it sounded like gunshots. The fear he felt running out of that place, coupled with the panic of other fleeing shoppers, will remain a part of his fabric for the rest of his life.

The City of Houston produced a video on how to survive an active shooter.
Screenshot from RUN. HIDE. FIGHT.® Surviving an Active Shooter Event/YouTube.com

One area where we can take immediate action is to be prepared. The City of Houston created a video, RUN. HIDE. FIGHT.® Surviving an Active Shooter Event, and a refresher course is never a bad idea.

1. Run. Get out if you can, leave your belongings behind, encourage others to leave but don't let them slow you down, keep others from entering the area, and call 911 when you are safe.

2. Hide. Lock or barricade the door or hide behind a large object, turn out the lights, silence your phone and turn off its vibrate mode, and be as quiet as you can.

3. Fight. If you can't run or hide, and only as a last resort, commit to stopping the shooter. Find something to use as a weapon, use physical aggression, and follow through with your actions.

Schools and institutions already have well-developed policies in place for how to react, and some larger employers will have a written policy about what to do in case of an emergency. But even if that hasn't been addressed in your workplace, make sure you know where all the exits are, what would make for a good hiding place, and how to quickly silence your phone when you're flustered and under duress.

The Run. Hide. Fight.® video also is available for viewing in several other languages, visit youtube.com/playlist?list=PLUra6uw6CXK9SNLZeddcLIufDY5OfnMpU.
KEEP THE HOUSTON PRESS FREE... Since we started the Houston Press, it has been defined as the free, independent voice of Houston, and we'd like to keep it that way. With local media under siege, it's more important than ever for us to rally support behind funding our local journalism. You can help by participating in our "I Support" program, allowing us to keep offering readers access to our incisive coverage of local news, food and culture with no paywalls.
Make a one-time donation today for as little as $1.