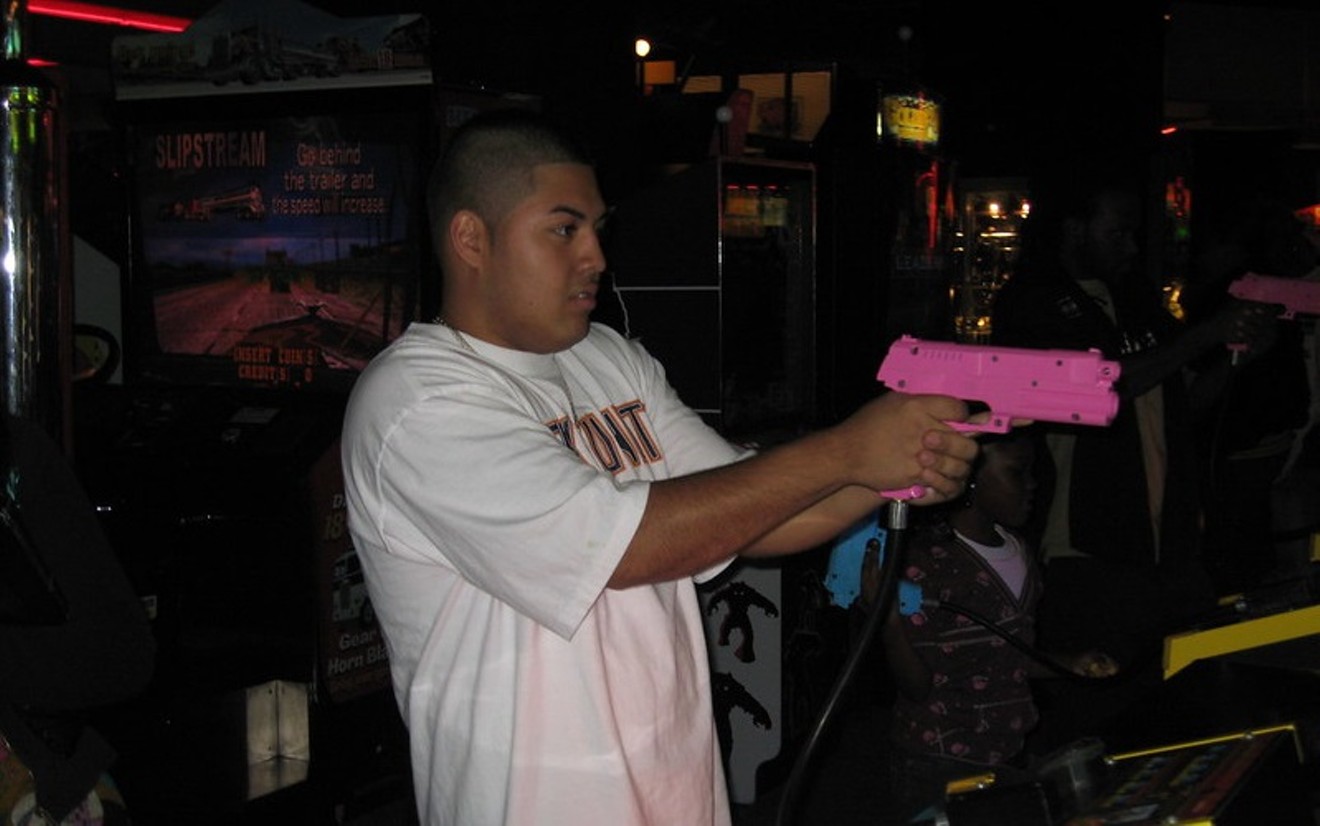 Pink guns? Hell yeah! Photo by Antonio Delgado/Flickr
In the wake of the Robb Elementary shooting, the question of gun control has come up again. Unsurprisingly, Republicans uniformly resist any possible new regulations on guns. Governor Greg Abbott has even barred any talk of gun control from special committees in school shootings. All efforts at reform are portrayed as precursors to universal bans on firearms.

This is unfortunate because it would take only a tiny amount of action to fundamentally change the gun culture in this country. The only significant amount of gun control enacted in the last 20 years was when former President Donald Trump banned bump stocks following the Las Vegas massacre. For some reason, he remains a favored son of Second Amendment absolutists despite doing more to limit gun ownership than the last two Democratic presidents combined.

It’s insanity, and it makes passing “common sense” gun control seem like a fantasy. That’s why today we’re going to look at solutions that are completely outside the box. If the rational will not do, the mad should get a shot at the plate.

Any talk of banning “assault rifles” is automatically doomed because gun enthusiasts will use that opportunity to grill you on what that specifically means. The fight is then lost in the weeds. We should cut out the middleman and the minutiae and simply ban one specific gun, the AR-15, from future sale and manufacture.

The weapon has long since become a symbol, and now it is by far the weapon of choice for mass shooters even if other, similar guns are available. If “other weapons are just as deadly,” as the AR-15, force people to buy and use those. There is no current legal interpretation of the Second Amendment that says Americans have a right to own a specific make and model of gun. Break the power of the symbol.

In Texas, a person who wants to get an abortion has to make two appointments with a doctor and perhaps  hear a (medically inaccurate) speech about heartbeats before they can go through with it. Every gun purchase should involve the same every time it happens. Gun sellers should be forced to tell buyers that having a gun in the house increases your chances of murder, suicide, and accidental death, or that it actually makes it more likely someone will break into your house or car. Maybe the seller could give a grisly description of what it would be like to shoot yourself in the dick, as is unfortunately common.

This wouldn’t keep anyone from buying a gun. The seller could even record it and play it back on a blurry VHS tape like an old retail training video. Just maybe, though, it would give some people pause before buying a gun.

Most mass shooters are actually trying to commit suicide. They think about killing themselves before they turn their anger on the innocent. These shooters are black pilled.

When someone buys a gun, they should have their phone number or email address entered in a database. Once a year, a social worker can call up and ask one simple question: “Are you thinking about harming yourself?” They don’t have the ability to arrest anyone or take their guns or report them to the cops. They just exist as a voice in the darkness, ready to listen and counsel. Since people who own guns are far more likely to successfully attempt suicide, this would have the bonus of tackling that equally horrific epidemic of violence. Would it stop everyone? No, but it might stop a few and get them into treatment.

2. Build a National School Shooting Memorial That Is Updated

Fans of Confederate monuments say that statues keep us from forgetting our history. We should test that hypothesis with a national school shooting memorial.

Picture something similar to the Vietnam Veterans Memorial, a giant wall that chronicles in carved letters the names of the children who never got to grow up and the teachers who died defending them. It could keep growing and growing as the shootings occur through the years, like a tumor on American society. Every time something like Robb Elementary happens, there could be a ceremony as the names are added, well-publicized and overseen by the President as a tribute to our failures.

The marketing of guns is a significant problem. They are portrayed in ads as ways to reclaim freedom, control and, most importantly, lost masculinity. Gun manufacturers specifically target troubled men, and the culture around guns is rife with depictions of Spartans and warriors.

Simple solution: Mandate that all guns sold to civilians be screaming-ass pink. It’s juvenile, gender-biased, and petty, but it will tackle the number one problem with mass shootings. Men commit 98 percent of all mass shootings, and many of them seem to use the violence to reclaim their manhood.

The best way to deny would-be shooters that path would be to force feminization on the weaponry. A paint job would be all that was needed to demystify the gun as a shortcut to macho, violent posturing. Literally nothing else about the weapons has to change. People can still buy them as much as they want. They can even repaint them later, but turn the gun store into a kawaii shop, and a lot of insecure, dangerous people will slink back out again.

At the very least, it might make them think about why they need the gun, and that could be the first step out of this blood pool.
KEEP THE HOUSTON PRESS FREE... Since we started the Houston Press, it has been defined as the free, independent voice of Houston, and we'd like to keep it that way. With local media under siege, it's more important than ever for us to rally support behind funding our local journalism. You can help by participating in our "I Support" program, allowing us to keep offering readers access to our incisive coverage of local news, food and culture with no paywalls.
Make a one-time donation today for as little as $1.