Opinion: Are You SURE You’re the Good Guy With a Gun? 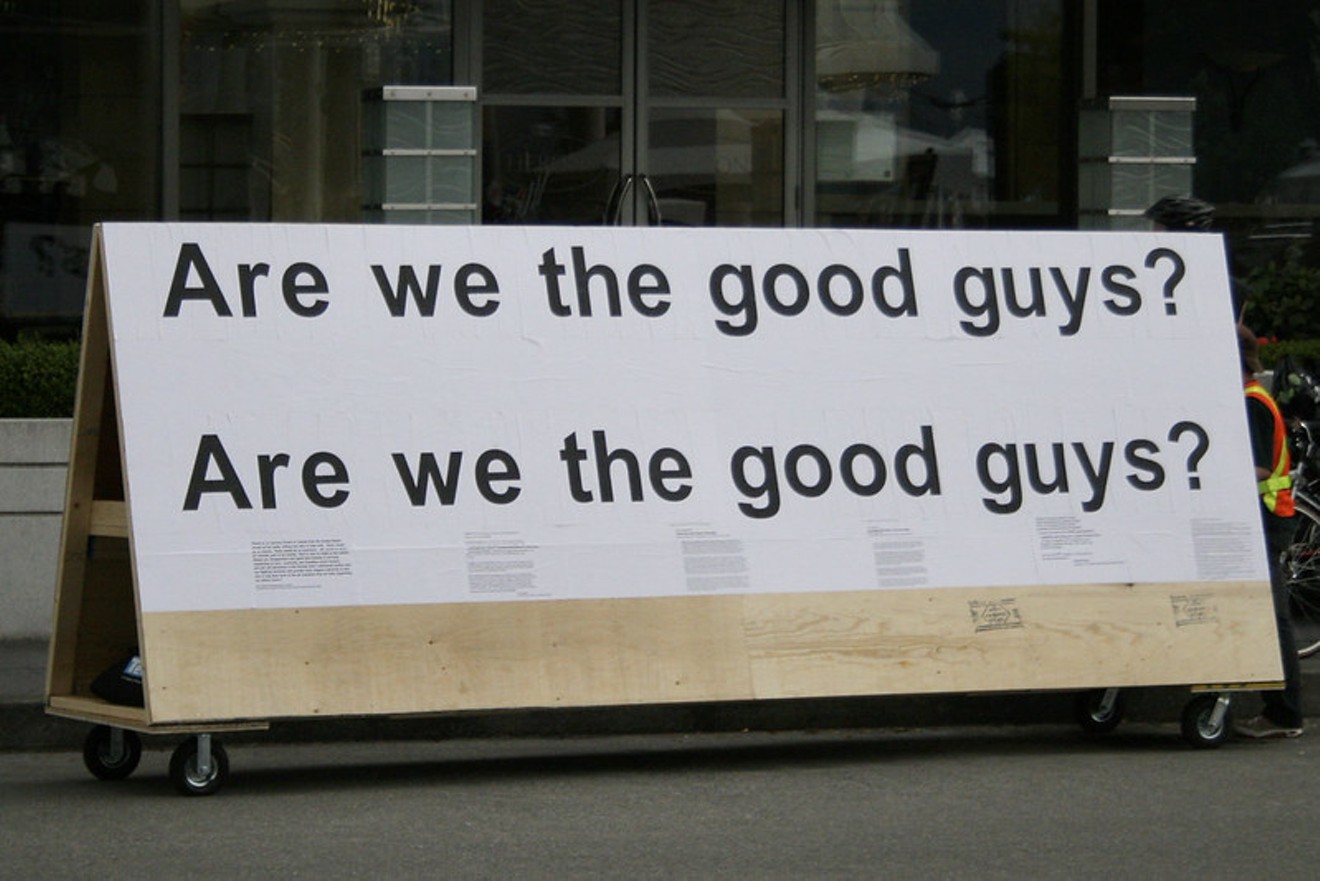 It's a question worth asking. Photo by Richard Eriksson/Flickr
When you write about gun control as often as I do, you get a lot of angry communications from people who have made owning weaponry their entire personality.

“So, law-abiding citizens will no longer have guns to protect their family, but the Bad Guys will still have guns, so we will still have gun violence,” a recent and fairly representative one read. “Gun violence will continue until we keep criminals that commit crimes with guns in prison for the rest of their lives.”

Every time I get one of these letters, I quietly ask “are you SURE you’re the good guy with the gun?”

Are your guns securely stowed in a safe, unloaded with the ammunition stores separately? Roughly 500 accidental gun deaths occur each year, according to the Johns Hopkins Center for Gun Violence Solutions. More than half of Americans with adolescent children in the house store their guns unsafely, including 8 percent who store them fully loaded and unlocked. This matters because most school shooters get their weapons from home and many of those guns were unsecured by their parents.

Unsafely stored guns may play to a person’s paranoid fantasy of fending off Bad Guys who want to invade their home, but it doesn’t change the fact that irresponsible storage can lead to arming a massacre. Can you really be a good guy with a gun if your gun was used to murder 20 children?

Did you know that simply owning a gun makes you three times as likely to have a theft? A burglar is probably not actually scared off by your "we don't call 9-1-1" sticker. It just lets them know that valuable weapons are in the house for the taking. Gun ownership increases risk of invasion, and such burglaries are a significant part of how guns used in crimes are acquired.

Do you drink? Alcohol use is one of the strongest predictors of gun violence. A person convicted of a crime involving alcohol, such as driving under the influence, is five times more like to commit gun violence according to one University of California study. It’s a more reliable indicator of future gun violence than any other factor, including a previous conviction for violent crime.

For all the focus on mental health from Governor Greg Abbott and the new federal gun reform bill, neither seems interested in tackling substance abuse as a major factor in gun deaths. To be a good guy with a gun, you’d almost certainly have to be sober or a very light drinker. Take this test and check yourself, because anything higher than a score of eight means you might have a drinking problem that could lead to gun violence.

Oh, and weed smokers? You're not off the hook. Contrary to popular belief, marijuana does not automatically make someone harmless. There's a greater connection with cannabis and marijuana than any other drug except alcohol.

Are you a man? Men only make up 62 percent of American gun owners, but they make up over 90 percent of mass shooters. While women are certainly capable of gun violence, it’s almost exclusively a problem perpetuated by men.

Which brings us to a really important question: are you a feminist? How do you handle your interactions with women? Do you get furious at random women online, take part in incel forums, or harass random women? Were you maybe a little too happy when Roe v. Wade was overturned?

One of the most constant factors in mass shootings is that the men involved often have poor relationships with women. In addition to outright misogynist killing sprees, lots of shooters leave histories of anti-feminism behind. The Uvalde shooter violently threatened teen girls online, the Pulse shooter beat his pregnant wife, the Sutherland Springs shooter had a domestic violence conviction and frequently harassed his ex-wife, and the Dayton shooter made lists of girls in high school he wanted to attack. That’s on top of the fact that homicide is the second-leading cause of injury-related death among pregnant and postpartum women, and most of those killings are carried out with firearms according to the American College of Obstetricians and Gynecologists.

Gun owners who send me letters like the one I quoted above talk a big game about protecting their families with their guns, but I have to wonder how serious they are about safe storage, substance use, and feminism. Their vision of a Bad Guy with a gun is almost certainly not the man in the mirror, even though statistically he is the shooter. That’s the problem with the Good Guy with a gun narrative. Much like firearm purchases, there is not a robust-enough background check on the subject to ensure safety. After all, everyone is the hero in their own manifesto.
KEEP THE HOUSTON PRESS FREE... Since we started the Houston Press, it has been defined as the free, independent voice of Houston, and we'd like to keep it that way. With local media under siege, it's more important than ever for us to rally support behind funding our local journalism. You can help by participating in our "I Support" program, allowing us to keep offering readers access to our incisive coverage of local news, food and culture with no paywalls.
Make a one-time donation today for as little as $1.