Sigh of Relief as Brantley Re-Signs with Astros 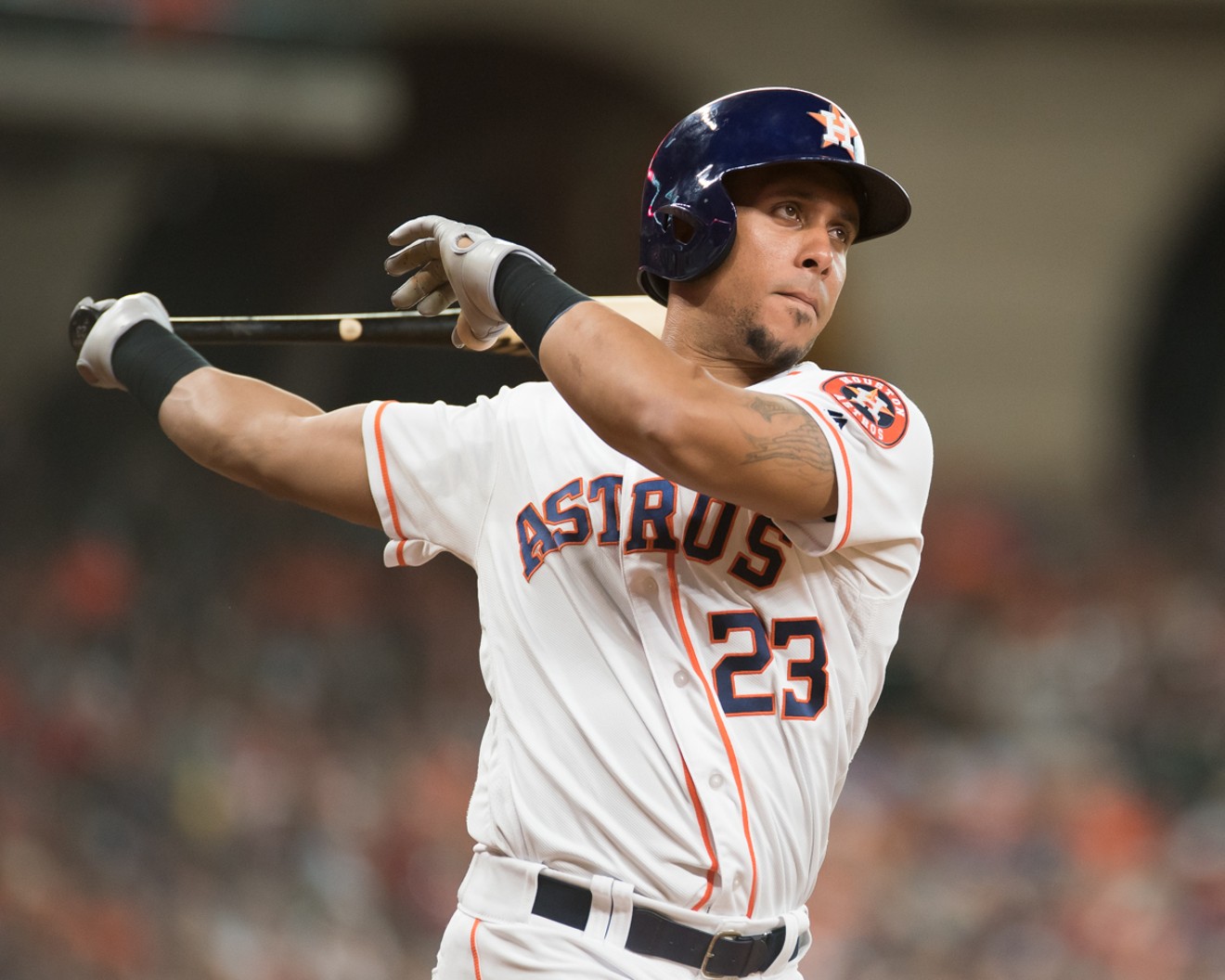 Michael Brantley will return to the Astros with a new deal worth $32 million. Photo by Jack Gorman
That collective sigh of relief you heard around Houston wasn't just from those happy to usher in a new President, it was also because the sports gods decided to bestow upon a beleaguered city a small ray of sunlight in an otherwise dark and depressing world. After losing George Springer to the Blue Jays less than 24 hours earlier, fellow outfielder Michael Brantley agreed to re-join the Astros for two years at $32 million according to a report from Fox26's Mark Berman.

With two sports icons already out the door this week in James Harden and Springer (Are Deshaun Watson and J.J. Watt next?), Tuesday night reports just after news of Springer's deal hit Twitter suggested Brantley might join his now former teammate in Toronto. Fortunately, those rumors turned out to be inaccurate and on Wednesday Brantley's deal was widely reported.

The 33-year-old outfielder affectionately called Uncle Mike has also been a calming presence in the clubhouse with an easy demeanor and workmanlike professionalism.

With the departure of Springer, Brantley's signing looms large for a team set to lose two-thirds of its starting lineup plus key backup Josh Reddick in one offseason. Now, only Brantley and Kyle Tucker, who had a breakout season in 2020, remain as everyday outfielders on the roster.

The Astros had been active over the last couple weeks signing relievers and heading to arbitration with shortstop Carlos Correa, but Brantely's signing marks the biggest news of the offseason if you aren't counting the loss of Springer.

Given all the sobering news in Houston sports lately, it couldn't have come at a better time.
KEEP THE HOUSTON PRESS FREE... Since we started the Houston Press, it has been defined as the free, independent voice of Houston, and we'd like to keep it that way. With local media under siege, it's more important than ever for us to rally support behind funding our local journalism. You can help by participating in our "I Support" program, allowing us to keep offering readers access to our incisive coverage of local news, food and culture with no paywalls.
Make a one-time donation today for as little as $1.