Some Missouri City Residents Hilariously Upset About the New Cindie’s 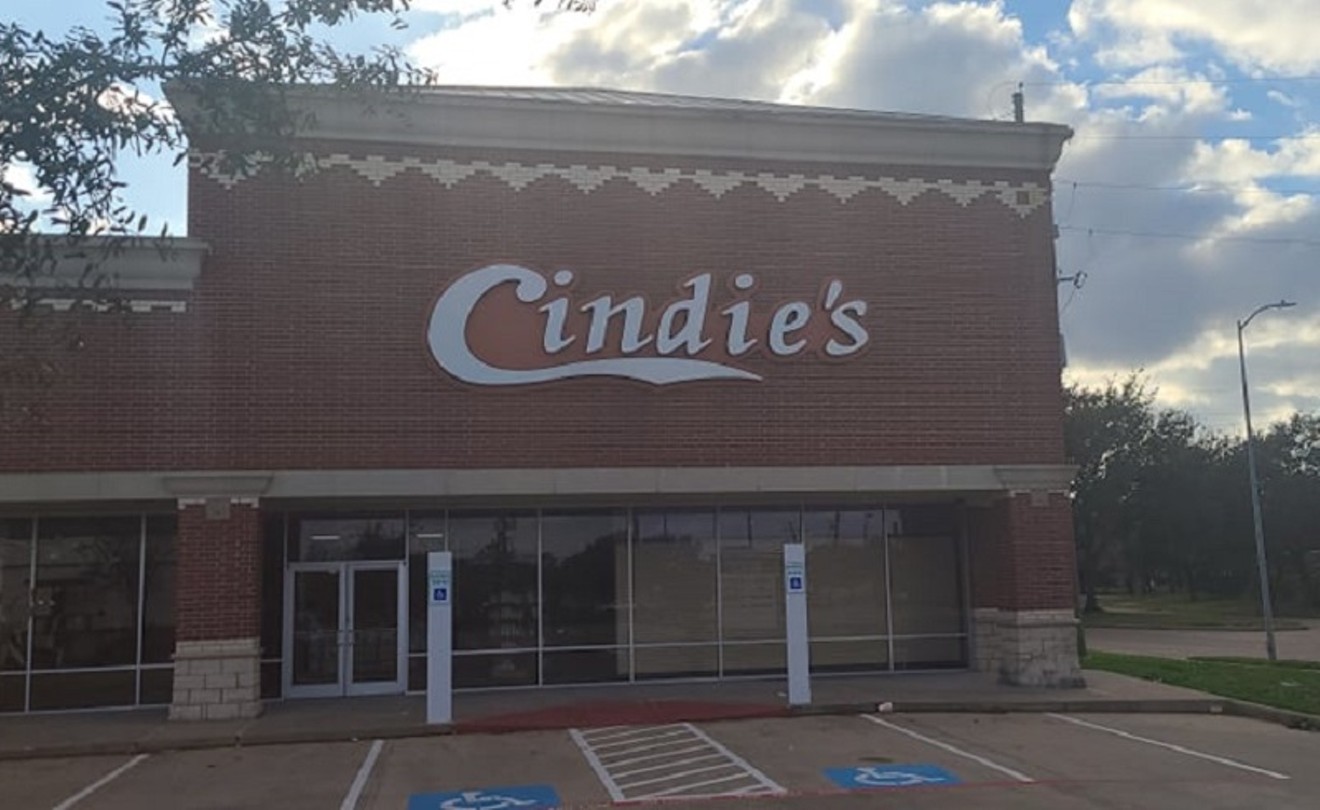 Siri, play "It's a Sin" Photo by Kristin Mireles
It’s 2022, and you would think that the days of being up in arms over a shop that sells vibrators, lube, and lingerie would be behind up. Not to judge by the conversation (since removed) that was happening on Next Door in Missouri City over the erection of a new Cindie’s at Highway 6 and Glenn Lakes.

“I don’t want a Cindie’s shop in my area, as I do not want The Men’s Club or Treasures,” was one comment from an account for Thom and Laura Severson. “Fort Bend County has always been run by the church, and I prefer the more family friendly vibes that come along with that. When I want to hit a strip club, Westheimer is a 30-minute Uber ride away. When I want to hit a kink shop, I’m happy to travel to Shepherd. And if I really want to swing for the fence… Montrose is great. Just not in my backyard!”

The church does not actually run Fort Bend County. Another commenter, Karen LeBlanc, claimed to have already seen a woman standing outside the unfinished store waiting for a “ride.”

Screencap from Next Door
To be clear, the vast majority of Fort Bend residents seem to think that the shop is a neutral or good thing. Before the thread was nuked, a great number of commenters were dragging the spoilsports. Cindie’s has for years been a fairly middle of the road, couples-centered store that caters to healthy sexual expression between consenting adults. Ironically, the Puritans themselves would likely have applauded a place like Cindie’s since they were very passionate about pleasurable sex between married couples being part of a Godly life.

“They talk about the duty to desire, that you’re supposed to engage in intercourse with your married partner and that this is good,” leading Puritan scholar Dr. Francis Bremer told Boston Magazine. “There will actually be some people in early New England who are censured by the church because they have deprived their married partner of sex for three months or more and this is seen as bad.”

The primary concern from the naysayer’s seems to be that Fort Bend itself should not house sexually orientated businesses because it is a more family friendly location than, say, Montrose.

“The choice to place it in a highly visible location in a residential neighborhood itself speaks to a genuine disregard and poorly devised level of judgment or respect,” commented user Hampton Griffin. He later went on to hope the store would reveal the pornographers in the community who might then be driven out by the city council.

There’s no real reason to think of Fort Bend County as some sort of family-friendly haven away from all sex, nor is there any meaningful comparison between prostitution or strip clubs and a place that sells furry handcuffs. It’s also unclear why having to drive half an hour into town for your butt plug makes the place you live safer. Regardless, it doesn’t look like Cindie’s is going to have trouble finding an audience in Missouri City, minus a few killjoys.
KEEP THE HOUSTON PRESS FREE... Since we started the Houston Press, it has been defined as the free, independent voice of Houston, and we'd like to keep it that way. With local media under siege, it's more important than ever for us to rally support behind funding our local journalism. You can help by participating in our "I Support" program, allowing us to keep offering readers access to our incisive coverage of local news, food and culture with no paywalls.
Make a one-time donation today for as little as $1.