This Weekend in Houston is Carmageddon II: The Constructioning 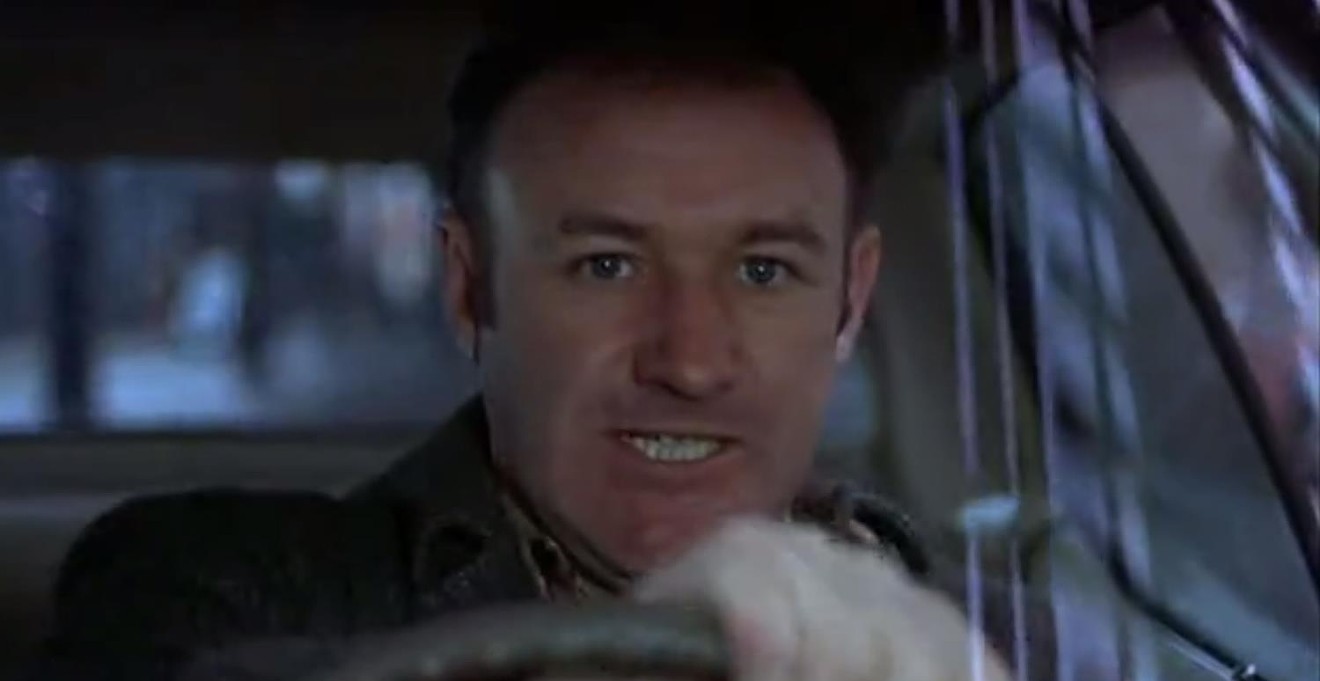 Even Popeye Doyle from The French Connection thinks the construction in Houston is God-awful. Screenshot
We hope you all enjoyed your reprieve. The folks at TXDot were merciful over the long Memorial Day weekend, allowing us all to be lulled into complacency. Then another weekend with minimal disruptions. Sure, there was word that the West Loop was about to be reduced to like one-half lane for like 25 years or something, but that wasn't this weekend.

Then, there was the monsoon. It is that season and it does cause flooding as well as panicked drivers who act as if they just got their learner's permit. But, that was just the beginning because for this weekend, all hell will once again break loose on area highways with three major closures. If you thought the car chase in The French Connection was awesome terrifying, it's got nothing on Houston.

Those who live along 290 have eked out a meager existence over the last seven years, surviving on scraps and fashioning tools from the bones of their dead. Then, in 2018, an enlightenment came in the form of spacious new freeway sections. Alas, there is still some work to be done with entrances and exits as well as signage. You may think that they would put the signs up when they had the chance during other closures, but you'd be wrong, fellow sufferer. Dwellers along the corridor likely still have some rations stashed away for just such moments. Stay strong, brothers and sisters.

The pain is just beginning for our friends near the Galleria. The highway gods have seen fit to fix their own mistakes and redo perhaps the worst and most dangerous intersection in Texas. That means closures and narrow lanes and general mayhem. This weekend, if you are heading into town from Sugar Land (why would you leave the magical land of sugar, though?), for example, you won't be able to get onto 610 at 69. And as if it weren't weird enough for the exit to be closed, the construction starts at nine in the MORNING, not night. So, if you are late for work in the Galleria and trying to get through this interchange, uh, you're going to get fired, so get started on that resume. Your current job sucked anyway, right?

We saved the best for last, especially if you were planning a trip to Galveston on what promises to be a hot summer weekend. Look, the malls are already crammed with kids off from school. What do you think the straight shot to Galveston is going to look like this weekend? It was already promising to be an utter disaster, but now, as part of their ongoing renovations to 45 from Galveston to Canada (we assume), the whole damn freeway going south will be shutdown for the entire weekend. Sure, your hungover, sunburned ass will find the roads smooth and easy on the way back, but good luck hauling an SUV full of angsty tweens who just want to get to the beach so they can continue ignoring you. Via con dios.
KEEP THE HOUSTON PRESS FREE... Since we started the Houston Press, it has been defined as the free, independent voice of Houston, and we'd like to keep it that way. With local media under siege, it's more important than ever for us to rally support behind funding our local journalism. You can help by participating in our "I Support" program, allowing us to keep offering readers access to our incisive coverage of local news, food and culture with no paywalls.
Make a one-time donation today for as little as $1.