Is There a Johnny Manziel Netflix Documentary Coming? 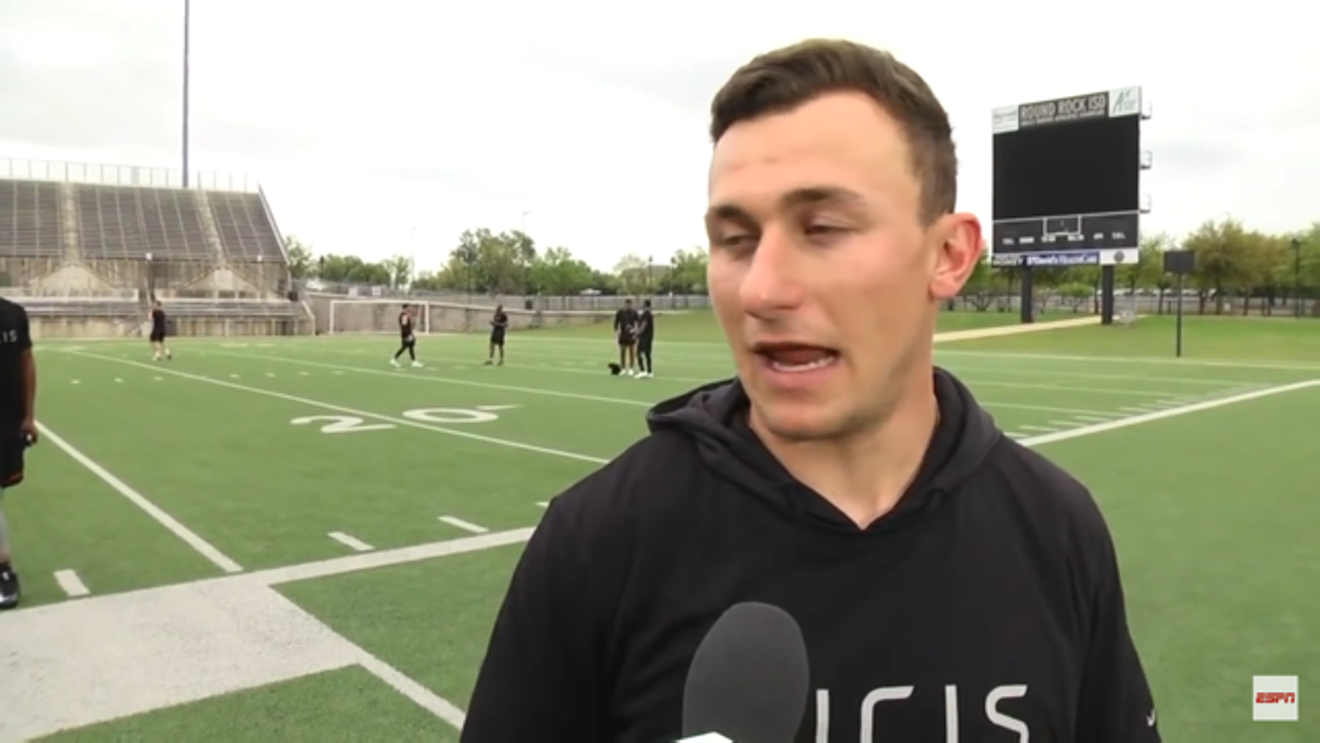 The long awaited Johnny Manziel documentary may be coming soon to Netflix. Screen grab from YouTube
We live in a golden age of television, with all of the different streaming outlets now supplementing traditional cable television, and no genre has benefitted more from the proliferation of delivery outlets than sports documentaries. Since the advent of ESPN's "30 for 30" franchise, retrospectives on historical sports occurrences and personalities have flourished.

Most recently, Netflix has found its way into the sports documentary game with its "Untold" franchise, the most prominent of which was the recently released documentary about the bizarre Manti Te'o saga from 2012, in which the All American linebacker from Notre Dame was catfished into thinking that a "female" with whom he had an online relationship had died.

Turns out that not only did she not exist, but "she" was a man (who now, in 2022, identifies as a transgender woman):
As you can see, THIS Te'o story needed a documentary. Making a few appearances, of course, in the Te'o documentary was former Texas A&M quarterback Johnny Manziel. In 2012, Manziel won the Heisman Trophy, and Te'o was the runner up. Seeing Manziel kind of reignited the desire of the general football watching public for a Manziel documentary.

Well, In response to one of the many tweets seeking a Johnny Football retrospective, Netflix dropped this tweet late last week:

It's only ten seconds, with no explanation included, so who knows? Maybe it was an excerpt from a Manziel interview that wound up on the cutting room floor for the Te'o documentary. However, let's assume the more likely outcome, that we are finally getting the content we've wanted for years now — The Untold Story of Johnny Football! Here are the non-negotiable parts that MUST be included:

* Manziel's departure as a counselor from the Manning Passing Academy in 2013, where it was reported he  left because he was sick, but widely rumored he was asked to leave for "other reasons."

* The "pay for autograph" scandal that got him suspended for the first half of the season opener in 2013. It's a "scandal," by the way, that would be totally legal under today's NIL rules.

* Some intel on Uncle Nate, Manziel's childhood friend, who was essentially his handler during his days at A&M, organizing all of Johnny's (largely illegal under NCAA rules) endeavors and social calendar.

* Some vignettes from NFL people giving their actual scouting reports on Manziel coming into the NFL, as it is largely accepted that teams knew about his off field troubles, but the Browns just cared about them a lot less than everybody else did, which is why they took him in the first round of the 2014 draft.

* The legendary Vegas trip, where a concussed Manziel flew to Vegas on a  Saturday afternoon before a Sunday game against the Steelers, donning a blond wig and telling people his name was "Billy."

Indeed, there are many reasons Manziel was named the King of Content by me in this space back in 2013, and I need to see ALL of those reasons again in this would-be documentary. Make it happen, Netflix!