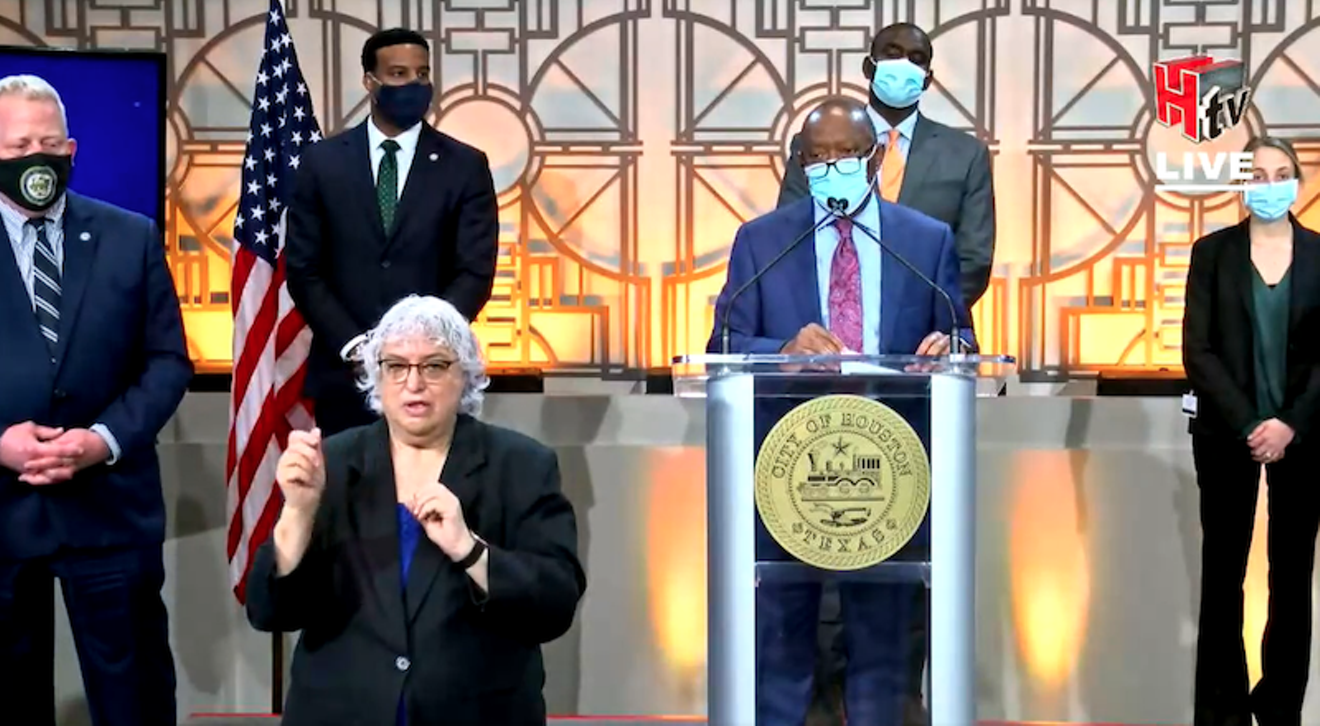 Houston Mayor Sylvester Turner addressed the media during Wednesday's press conference announcing his executive order to limit the use of deadly force by city police. Screenshot

So reads the opening to Executive Order 1-67 on Policing Reform: Use of Force, signed by Mayor Sylvester Turner on Wednesday evening. The new order codifies a set of policy reforms designed to limit the use of deadly force by the Houston Police Department, which Turner promised to enact during George Floyd’s emotional memorial service on Tuesday.

“In the absence of the millions of people all over the country…this day would not be happening,” Turner said during a 4:30 p.m. news conference Wednesday held to herald the executive order. He specifically thanked all of the protesters for racial equality and police reform in recent weeks that “have made it uncomfortable for those of us in office not to move forward.”

Attended by Houston City Council members and Houston Police Chief Art Acevedo, the order signing event came on the heels of a council meeting during which the council voted to approve a new $5.1 billion city budget that slightly increased funding for the HPD, in line with a past campaign promise from Turner to increase the number of HPD officers and despite increasing public calls to defund police departments from criminal justice reform advocates across the country.

In addition to explicitly banning police use of neck restraints or chokeholds “unless objectively necessary to prevent serious bodily injury or death to the officer or others,” the order also forbids officers from placing “their knee, foot, or body weight” on the neck of a suspect, an inclusion clearly inspired by George Floyd’s death after  former Minneapolis police officer Derek Chauvin knelt on his neck for almost nine minutes.

Also inspired by Floyd’s killing, which was witnessed by three other Minneapolis police officers who stood idly by, are new rules outlining a “duty to intercede” which require HPD officers to intervene if they witness their colleagues using unreasonable force. 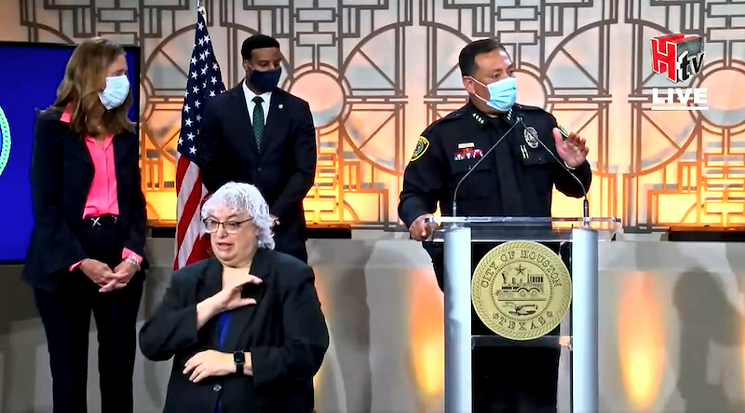 Chief Acevedo spoke glowingly of the executive order and commended it for being written in a way that would make it difficult for future city government administrations to roll back its provisions. “We’re keeping the promise that we have made as police officers to the family of Mr. Floyd,” Acevedo said.

Other new policies included in the order are rules designed to limit “no knock warrants” by creating new procedural oversight requirements that must be met before they can be used, an increased emphasis on de-escalation techniques as opposed to use of physical force against suspects, new rules prohibiting officers from firing weapons at moving vehicles unless “objectively necessary,” and a requirement that officers “exhaust all other reasonably available alternatives,” like verbal warnings, “prior to the use of deadly force.”

Turner claimed this executive order won’t represent the end of policing reform under his administration. He said he plans to continue soliciting input from the community and to keep pushing for increased accountability for city police, even after the national spotlight has shifted away from Houston.

“It’s not done,” Turner said. “It is important to let people know that we are listening and we are responding…we’re not just saying ‘Cameras gone,’ and we have gone back to the way it used to be.”

The full text of Executive Order 1-67 is embedded below.

PDF — City of Houston - Executive Order 1-67 on Policing Reform: Use of Force

Full text of Executive Order 1-67, signed by Mayor Turner on Wednesday, June 10.
City of Houston
KEEP THE HOUSTON PRESS FREE... Since we started the Houston Press, it has been defined as the free, independent voice of Houston, and we'd like to keep it that way. With local media under siege, it's more important than ever for us to rally support behind funding our local journalism. You can help by participating in our "I Support" program, allowing us to keep offering readers access to our incisive coverage of local news, food and culture with no paywalls.
Make a one-time donation today for as little as $1.