New HISD Superintendent Gets a $350,000 Salary and a Lot of Challenges 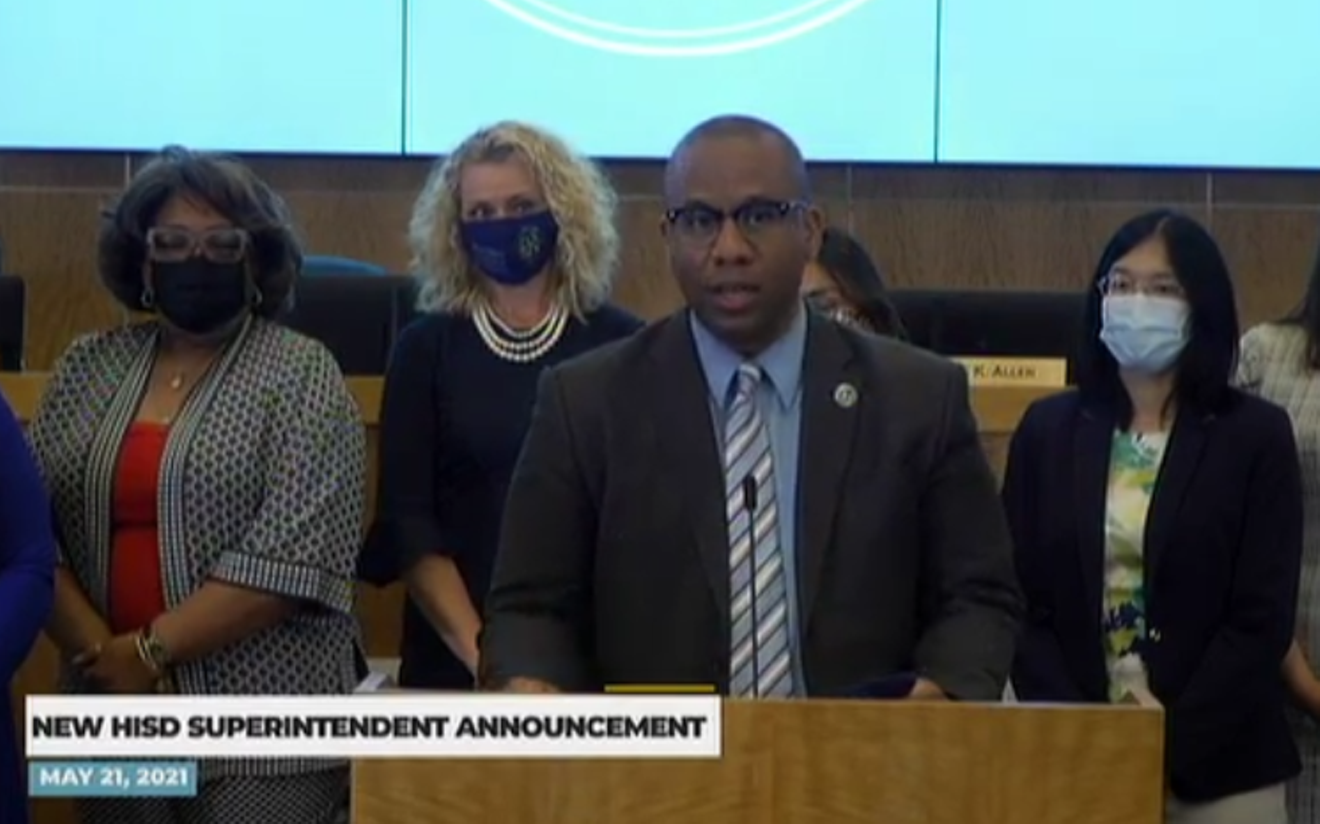 Millard House in May when he was announced as the lone finalist for superintendent. Screenshot

On July 1, Millard House II becomes the new superintendent of the Houston Independent School District, with a three-year contract paying him a $350,000 yearly base salary, the chance to earn $150,000 in incentive pay a year, $25,000 dropped into a retirement fund for him each year and a one-time payment of $35,000 to help him in his move from Tennessee.

His salary is about $5,000 more a year than Interim Superintendent Dr. Grenita Latham and her predecessor Superintendent Richard Carranza each earned.

All in all an impressive amount of money, but one that he may well count on earning every penny of as he negotiates the challenges of a massive urban district struggling to get its test scores up while its student population — particularly in the elementary grades — is on the decline to charters, private schools and suburban school districts.

Adding to the drama, is of course, the stage left presence of Mike Morath, commissioner of Education and his Texas Education Agency that has been entangled for months in court battles with HISD over whether the state can take over the district because of failure to improve student standardized test scores at low performing schools and questionable practices on the parts of some board members past and present.

The system House moved from — The Clarksville-Montgomery School System — is both smaller and less diverse than HISD. Now he'll be negotiating a return to classes of students many of whom spent the last school year learning remotely. Plans the district had for maintaining any sort of masking were scotched by Texas Gov. Greg Abbott who announced in mid-May that no public schools could require masks.

With summer school underway this week and the fall semester beginning August 23, there won't be much of a honeymoon period for the new superintendent. And there's his still-to-be determined relationship with the nine-member school board. An agenda review session is scheduled for August 5 and an 8 a.m. board meeting on August 12, a week later. After three years of an interim superintendent and stops and starts in the search for a new superintendent, it's now hurry up time for HISD and its new administration.

If you'd like to read through the whole contract, here it is: