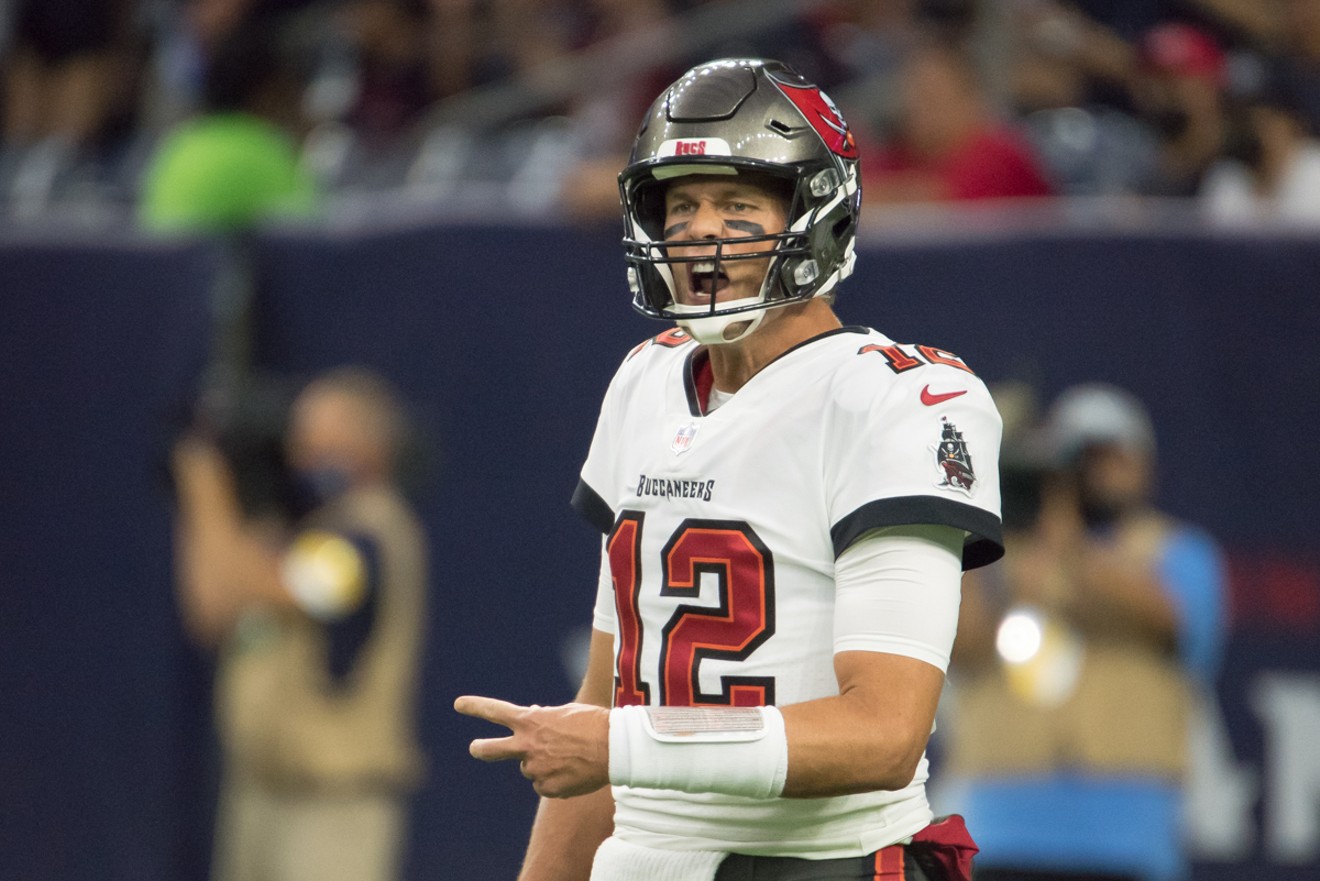 Tom Brady and the Buccaneers are one of many disappoints on prime time display. Photo by Jack Gorman
If there were one word I could use to summarize the NFL in 2022, it would be chaos. Perhaps you haven't noticed, because said chaos is occurring about ten rungs up the ladder from where the Houston Texans currently stand, but this has been the whackiest season I can remember in my two decades or so of covering the NFL.

The main culprit for the unpredictability? Subpar play from seasoned, perennial Pro Bowl (and in some cases, future Hall of Fame) quarterbacks. In some cases —- ahem, RUSSELL WILSON — the word "subpar" doesn't begin to describe how ridiculously poor the play has been. As a result, several teams forecasted to be in the playoffs, if not in conversations about the Super Bowl, are mired below .500. Some of them, WELL BELOW .500 — again, AHEM, Russell Wilson.

That brings us to the NFL's schedule, which comes out in mid-May. All 18 weeks of the season are laid out, including the Sunday and Monday prime time games, for which the league tries like hell to ensure there is good, quality football to go along with compelling names and storylines. However, because this year's class of quarterbacks largely can't get out of their own way, the remaining slate of prime time games is teetering on the brink of unwatchability.

Now, before I list the games below, the league does have the option of flexing new games into the Sunday prime time slot, and on Tuesday night, they took advantage of that, swapping out the aforementioned Russell Wilson (and his paltry 8 TD passes) facing mutilation versus the Chiefs, and inserting the Dolphins and Chargers.

The rest of the schedule, though, is still full of broken dreams and undelivered promises. Without further ado, here is the remaining slate of Sunday night and Monday night games the rets of the season:

A few thoughts on this conundrum for the NFL:

The amount of sub-.500 teams involved in the remaining games is startling
You look at the teams involved in these ten games, and if you go back to May, it's easy to see what the schedule makers and powers that be may have seen in scheduling them. There are a ton of marquee quarterback names on these teams, and Super Bowl rings galore. However, the reality is now, here entering Week 13, that in the next four weeks (Weeks 13 through 16), of the 16 teams involved in those eight games, 10 of the teams have losing records, and 14 of the 16 are 6-5 or worse. As a result...

This is a huge heat check for NFL ratings
... the ratings juggernaut that is the NFL will be put to the test. Even when ratings are down by NFL standards, the numbers dwarf everything else on television. If Thanksgiving is any indication, the ratings tour de force engine is primed and humming, as last Thursday was the most watched Thanksgiving Day in league history. That said, multiple games involving Matt Ryan and Russell Wilson will certainly push the boundaries of viewers' sensibilities (in a bad way).

It's the QB Buyer's Remorse Tour of 2022!
This offseason, there were five massive, franchise altering QB extensions handed out, four of which are relevant to this schedule of games. Aaron Rodgers signed with Green Bay for $150 million over three years. Matthew Stafford signed a four year, $160 million deal with the Rams to defend his Super Bowl title. Kyler Murray signed a five year $235 million deal with the Cardinals, and Russell Wilson inked a five year, $245 million extension with the Broncos before even playing a snap for them. (The other deal was Deshaun Watson's deal with Cleveland, which is not relevant to this post.) The combined record of the teams those four quarterbacks play for is 14-32. The flex scheduling saved is from seeing Wilson in prime time again, but we will see the other three at least once apiece.

The silver lining in this post is that ALL of these games will be an easier watch than ANY of the remaining Texans games.