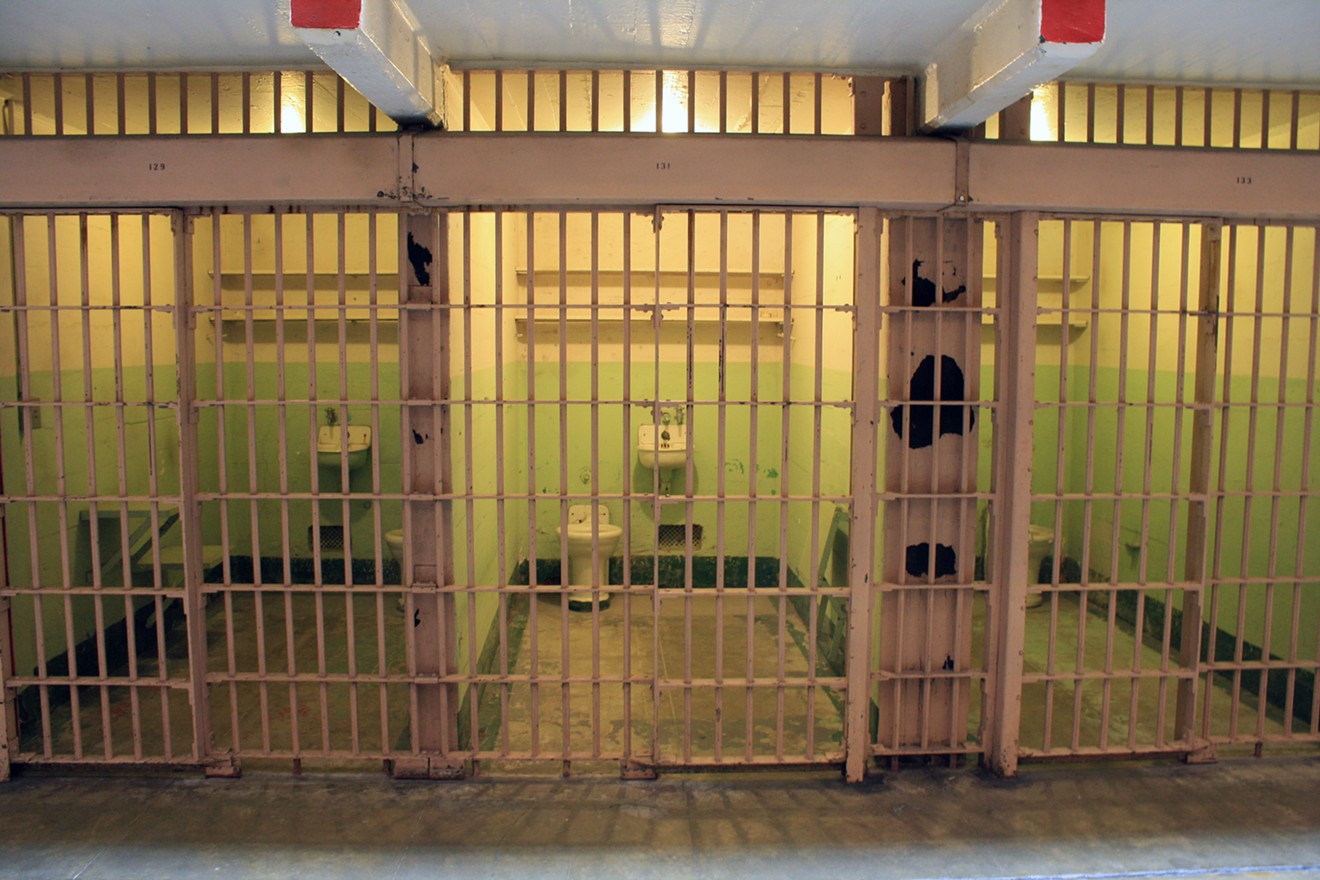 Cells at Alcatraz. Photo b y miss_millions via Flickr
Derek Chauvin has been formally convicted of murdering Houstonian George Floyd during his tenure in the Minneapolis Police Department. On Tuesday, the jury found him guilty on all counts. Chauvin’s bail was revoked, and he was remanded into custody. He will be sentenced roughly eight weeks from now and faces up to 40 years in prison.

The conviction of a white police officer for killing a Black man is a monumental shift in the racist justice paradigm of America, though harsh reality came immediately crashing back into focus as Ma'Khia Bryant and Andrew Brown Jr. were dead by police bullets within 24 hours of the verdict. Everyone is still understandably raw, but here’s a harsh truth that needs to be said.

Prison rape jokes about Derek Chauvin are not funny. No, not even if you frame one as dropping the soap, and certainly not if you consider it justice.

There are two reasons to lock these anti-chuckles away for good. The first is that claiming someone deserves rape is just going to re-victimize the people around you who have been sexually assaulted. It’s a known fact that many rape victims experience blame from society for their own assaults, everything from wearing a revealing outfit to drinking at a party to, well, being in prison. Victims internalize that. It eats them away from the inside, making them feel dirty and broken.

Victim blaming shifts the burden of preventing rape to the people who experience it, further marginalizing them. It also tends to treat rape as some sort of natural force that just occurs instead of the intentional actions of individual people who should be stopped. When sexual assault survivors hear that you consider a particular rape a fitting experience for someone, it makes them wonder how much of their own attack was “justified.” It opens the door to a host of horrible feelings built by the way our society badly handles the whole subject.

I get that people are hurting now but triggering victims with enthusiastic pro-rape statements is not going to bring about social justice. It’s not going to make the world a better place. It just forwards the idea that there is good rape.

Which brings us to the second point. A lot of people have this fantasy that particularly evil people will be brutalized by other prisoners as a form of extra punishment. The most common example is that child molesters do hard time as other inmate’s sexual plaything in a kind of twisted justice.

Y’all, this is a myth. There is no good rapist who is holding in his rape urges until the properly evil orifice comes along. This is not a sodomy-themed episode of Dexter. Roughly half of people who are in American state prisons are non-violent offenders, and of course about 60 percent of them are people of color. People in prison (including the guards) who want to rape others are not going to altruistically stick to the worst evildoers. They’re going to do what rapists have always done; find the easiest target and keep doing it until someone physically stops them.

We should not condone rape in prisons as part of punishment. You don't have to weep if it happens to a monster, but you don't have to cheer or look away from the larger problem, either. If a judge sentenced a person to ten years of incarceration plus additional random sexual assaults, we would all be (hopefully) horrified. Why, then, should we cheer it when it happens clandestinely? I know why. It’s because rape culture is always in the back of our heads poisoning our brains, particularly in moments of high emotion and vulnerability.

We want justice after seeing Floyd brutally, heinously murdered slowly before our eyes, but that justice will not be carried out by a rapist. It will just increase the amount of rape in the world, and openly cheering for it to happen to Chauvin will make it easier for the next prison rapist attacking a person you don't even know to get away with it. That’s where those jokes lead. Please, stop it.
KEEP THE HOUSTON PRESS FREE... Since we started the Houston Press, it has been defined as the free, independent voice of Houston, and we'd like to keep it that way. With local media under siege, it's more important than ever for us to rally support behind funding our local journalism. You can help by participating in our "I Support" program, allowing us to keep offering readers access to our incisive coverage of local news, food and culture with no paywalls.
Make a one-time donation today for as little as $1.