NBA Bubble May Have a Chance of Working 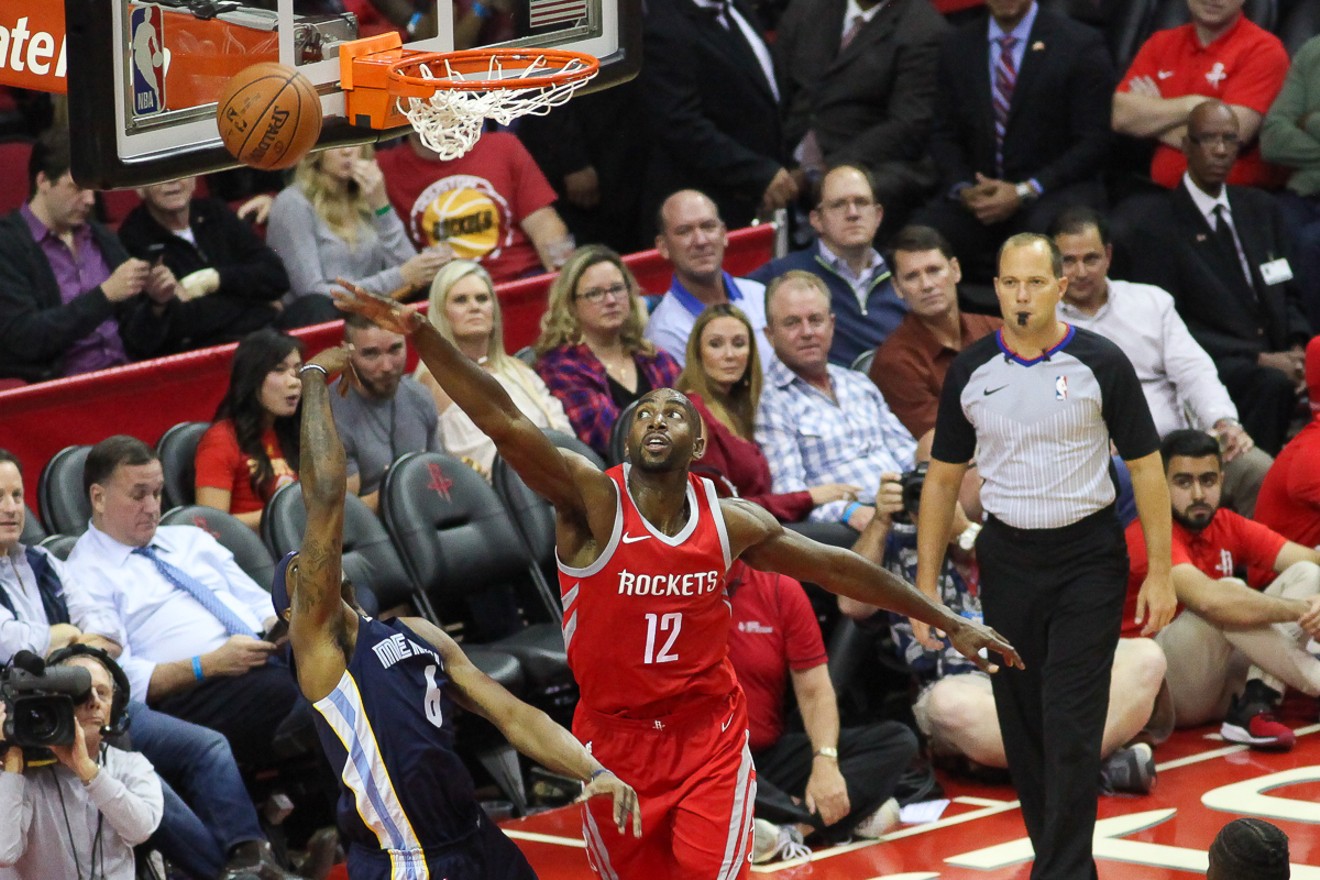 Luc Mbah a Moute was reportedly cleared to join the Rockets in Orlando on Wednesday. Photo by Eric Sauseda
ESPN reporter Rachel Nichols was finally ready to leave her hotel room. In a video she posted on her Twitter feed, the host of The Jump ceremonially cut off the green wrist band she had been wearing while quarantined in her room and emerged into the Orlando heat and sunshine for the first time in seven days. She wore a mask and demonstrated as she put on a league-mandated buzzer that goes off when you get within six feet of someone else inside the "bubble."

As media members emerged from their COVID cocoons over the last few days, outsiders got a real-world look at how the Association has handled its business as it prepares for the season reboot. Reporters, players and staff are stuck inside their hotels rooms for a week as a precaution when they first arrive. The green wrist band Nichols wore would alert the league if she emerged too soon, something Rockets backup center Bruno Caboclo learned when he ventured out a week ago for food only to be sent back to his room for seven more days.

Masks, bands, buzzers, it all seems like a band aid considering the contagious nature of the virus, but that along with rigorous testing appears to be working. On Tuesday, after the league's first week in the bubble, they reported zero cases of coronavirus out of 346 players tested. Prior to that, testing had revealed only two cases of the virus between July 7 and 13.

For the Rockets, guard Russell Westbrook has rejoined the team and could be ready to play in the team's first exhibition match Friday. On Wednesday, it was reported that Luc Mbah a Moute was cleared to join the team in Orlando for the first time. It would appear the Rockets and the rest of the league are beginning to be as whole as they can be.

Conversely, it was announced on Tuesday that Astros TV play-by-play broadcaster Todd Kalas would miss the start of the season due to a positive test for the virus. Fortunately, Kalas is asymptomatic, but he isn't the only loss the Astros have suffered. Reliever Joe Smith will likely sit out the entire year to protect his family from infection. Young slugger Yordan Alvarez has yet to join the team. Neither has Jose Urquidy. Others like closer Roberto Osuna were late and need time to get into shape.

Because of regulations, teams cannot confirm players have COVID-19, but it is widely assumed most either have or have had the illness. To what degree, no one is saying, making it all the more frustrating.

Baseball, while vigorously testing and trying to do everything possible to keep the virus away from teams, but still has more obstacles to overcome. Unlike the NBA, their players and staffs are at home. They aren't quarantined to hotels. And, maybe most critically, they will travel from city to city as the Astros did for their pair of exhibition games in Kansas City this week.

That, of course, increases exponentially the chance of players coming into contact with the virus. Every interaction is a possible source of infection. And because they spend so much time together in close proximity, one case could ultimately mean several or even dozens.

As if on cue, Royals outfielder Hunter Dozier, who played six innings against the Astros on Monday, announced he had tested positive on Wednesday. We aren't even beyond exhibition games and the Astros have already potentially been exposed.

The NBA's plan of keeping everyone together may seem like a crazy concept on the surface, but it might be the only one in all of professional sports that has a hope of survival during a pandemic. The somewhat draconian protocols, never mind the limited number of teams (decreasing rapidly after the start of the playoffs) and fewer games overall, have the best chance of actually working. That could chance when the games actually start and if players become restless over weeks of isolation, but so far, so good.

While the NFL continues to fight over what protocols will go into place when their season begins and baseball rolls the dice with travel and no quarantine, the NBA is doing everything it can to lock down their league and get through the playoffs relatively unscathed.

If it takes hotel room isolation, wrist bands, buzzers and constant testing to protect them and give fans a full playoffs, no one will complain.
KEEP THE HOUSTON PRESS FREE... Since we started the Houston Press, it has been defined as the free, independent voice of Houston, and we'd like to keep it that way. With local media under siege, it's more important than ever for us to rally support behind funding our local journalism. You can help by participating in our "I Support" program, allowing us to keep offering readers access to our incisive coverage of local news, food and culture with no paywalls.
Make a one-time donation today for as little as $1.