Houston, Not Surprisingly, Has Feelings About Astrodome Restoration 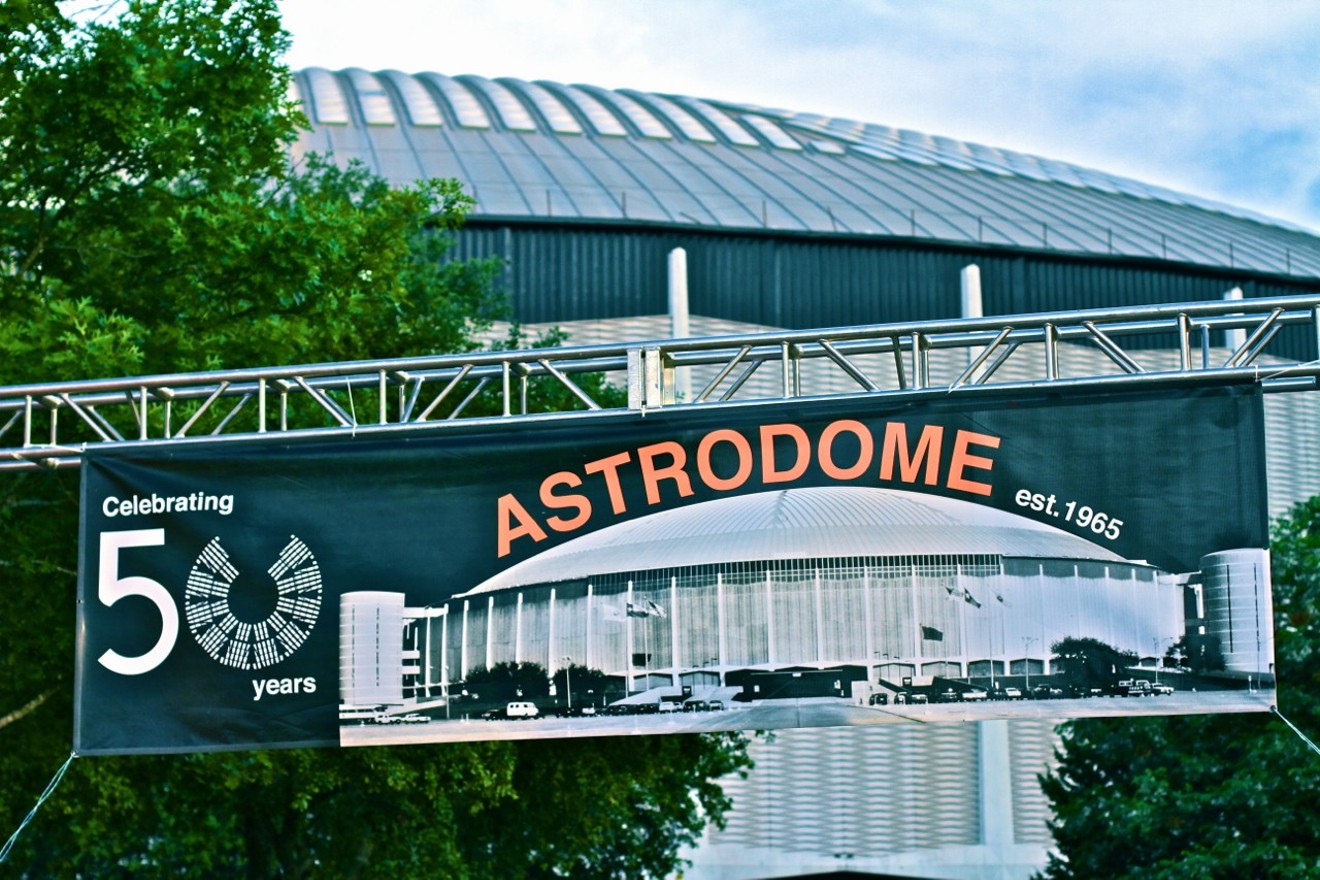 See, Houston can celebrate its history. Photo by Marco Torres.
This is a fact: on February 13, 2018, Harris County commissioners approved a plan, scheduled to cost over $100 million, to renovate the Astrodome.

In any other story about any other building in any other city, this would be seen as a historic moment where a community found the money to save a beloved icon. But this is not that because the Astrodome isn’t another building and Houston isn’t another city. If you’ve been here for more than a few months, odds are you’re aware of Houston’s on-again, off-again affair with the Astrodome; it’s the type of relationship that half hour network comedies dream about.

It would take a book to cover the twists and turns that have led to today, and even with everything in a neat package, it’s hard to imagine anyone eight months ago seeing today play out the way that it has. Sure, eventually a “final” decision would be made about the Astrodome, and some people would be mad, but the response on social media has been something else. The reason? Hurricane Harvey.

Houston needs flood reform. Just the idea of another Harvey-level storm crashing into the city is enough to make the skin crawl. And yet every time the idea of flood reform comes up it seems like it’s followed by the question of “where will the money come from?” Now sure, $100+ million is a drop in the bucket compared to what is needed to make sure the city doesn’t drown again, but at the very least it can be acknowledged that any excitement about what’s going on with the Dome — especially after voters decided against saving it back in 2013 — is tone deaf.

I get it: Houston is a city that is often seen as one that doesn’t respect or take care of its history. The Astrodome has sentimental value for many sports, sports entertainment and music fans. The building is the “Eighth Wonder of the World,” or at least the coolest contender on the list; no offense to the Palm Islands intended. It makes sense that some people think preserving it for future generations makes sense.

And yes, in the future your kids and your kids’ kids might park their car under it on the way to go see Brad Paisley play his 60th RodeoHouston show and think to themselves, “wow, I bet a ton of people got concussions here!”

That may be harsh, but I’m just not sure that turning the Astrodome into the “8th Wonder of the Convention Hall Circuit” is something worth celebrating while people are still rebuilding their lives and hearing that only so much can be done to prevent it from happening again. I’m sure we’ll host some grand conventions and meetings in the future, but the optics of it all still suck.

Although if I’m being particularly honest, I’m not sure I’d understand why anyone would be celebrating even if Harvey hadn’t happened. It won’t be until the first car parks itself at the Dome for a convention that I’ll truly feel the saga of “What Do We Do About The Astrodome?” has come to an end. If there’s anything I’ve come to learn about Houston and the Astrodome, it’s that things can always change, whether anyone likes it or not.