Opinion: The 5 Most Ridiculous Anti-Union Comments 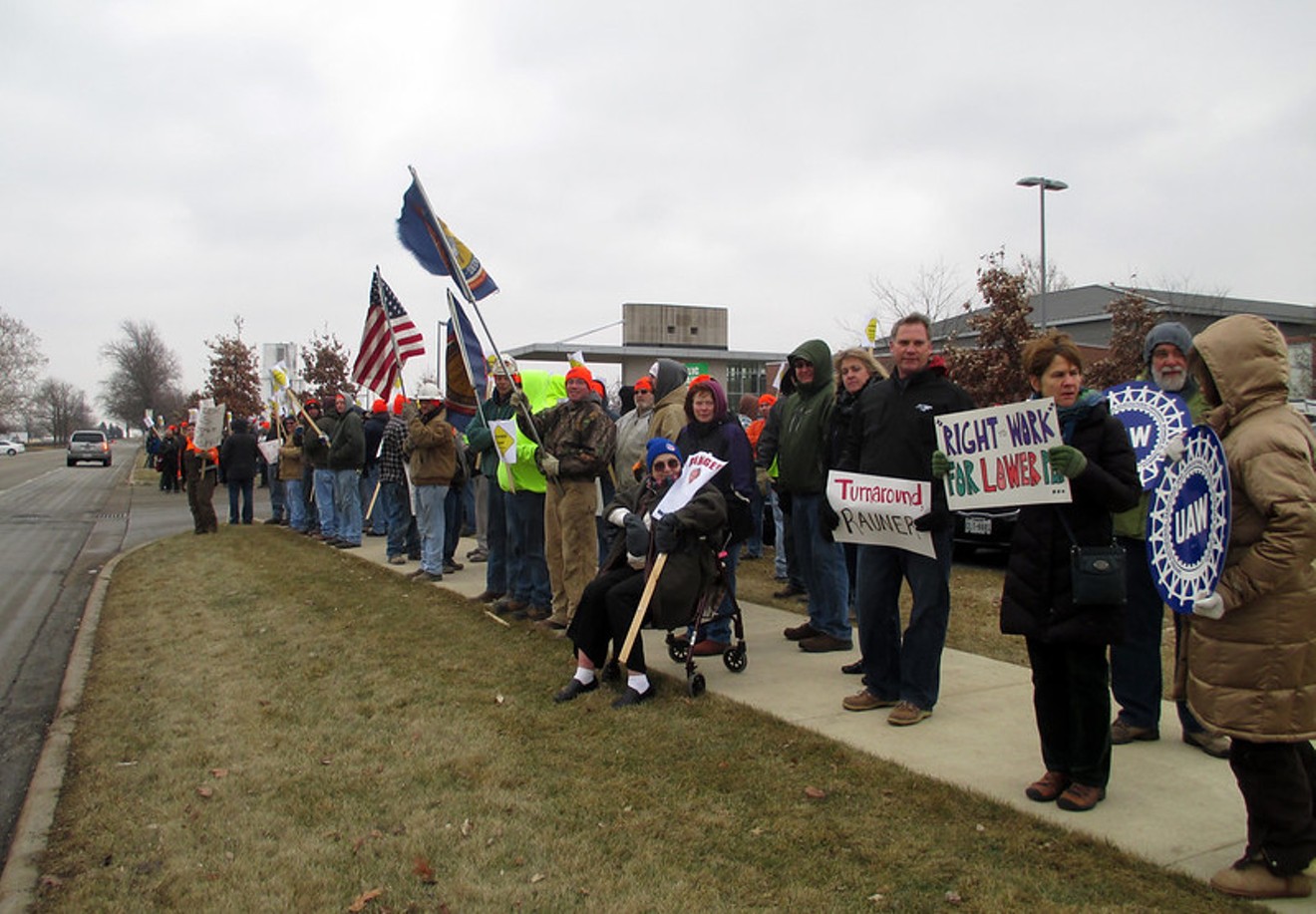 Union workers protest former Illinois Governor Bruce Rauner Photo by Benjamin Stone/Flickr
This year has seen a huge spike in workers unionizing. Everyone from counter workers to nurses are taking the labor shortage as a chance to organize. Currently, petitions to unionize are up 57 percent over last year.

Naturally, that brings out the bootlickers who treat worker solidarity like Chairman Mao personally coming to redistribute their Mini Brands collection or something. I’ve made it a hobby to comb through Facebook posts celebrating various stores unionizing and laughing at the folks treating it like the end of capitalism. Here are some of my favorites.

For fun, I've obscured all names with Commie Red
Screengrab from Facebook

A pretty common argument is that unions are only for skilled labor, not those lowly fast food monkeys. Whether you consider the ability to make dozens of different drinks or an identical Big Mac every time “skilled” is irrelevant. A full shift is still hours of your life and labor, and it deserves to be paid fairly and treated well.

I find it kind of adorable that free market worshippers think prices are determined by the cost of labor instead of whatever the makers think they can fleece the public for. It’s been a rhetorical point since the Reagan Administration that cars cost so much because those damn unions are so greedy. Never mind the fact that automakers shot themselves in the foot by decentralizing production to avoid giving unions the power to strike. Hell, even the Libertarian Mises Institute agrees unions don’t cause inflation. As Robert P. Murphy points out, “it is a mistake to think that the workers are sucking money out of the economy; the workers are a large portion of the consumers, after all.”

The threat of replacing all counter workers with robots has been going on for decades, and it’s honestly no closer than it ever was despite the apps and self checkout machines. Automation while building a car or digging coal is one thing; customer service is very much another. The number of store cashiers has actually gone way up since the grocery robots became ubiquitous. Artificial intelligence may get someone to the right place in a call center tree, but customers still want to talk to a feeling, empathic person. Also again, the idea that companies wouldn’t have replaced people with robots if they could’ve already is just patently stupid.

2. Union Dues Will Bankrupt You

Remember when Delta Airlines got dragged for telling potential union workers they could buy video games with the money saved on union dues? The specter of heavy dues is a pretty common boogeyman in the anti-union world. In reality, union dues average around $400 a year (about $1.10 a day) and are deducted directly from your paycheck rather than coming as a big bill at the end of the year. Considering that union-negotiated wages are booming, workers almost always come out ahead on the deal. Oh, and those dues were tax deductible until former President Donald Trump’s 2017 tax reform bill.

Some folks who are keen to keep their servers as dependent on their goodwill as possible have threatened to withhold tips from a unionized store. My dudes, the whole point of this exercise is to turn begging for scraps into dignified labor. I suspect in the end that’s the real problem. A unionized workforce is one that can fight back, and a lot of folks are invested in being higher up the food chain than the serving class. That a McJob could be their equal is abhorrent. If keeping your change takes the sting out of progress, go on then.
KEEP THE HOUSTON PRESS FREE... Since we started the Houston Press, it has been defined as the free, independent voice of Houston, and we'd like to keep it that way. With local media under siege, it's more important than ever for us to rally support behind funding our local journalism. You can help by participating in our "I Support" program, allowing us to keep offering readers access to our incisive coverage of local news, food and culture with no paywalls.
Make a one-time donation today for as little as $1.