Opinion: Can We Just Admit Now That Jordan Peterson is Right Wing? 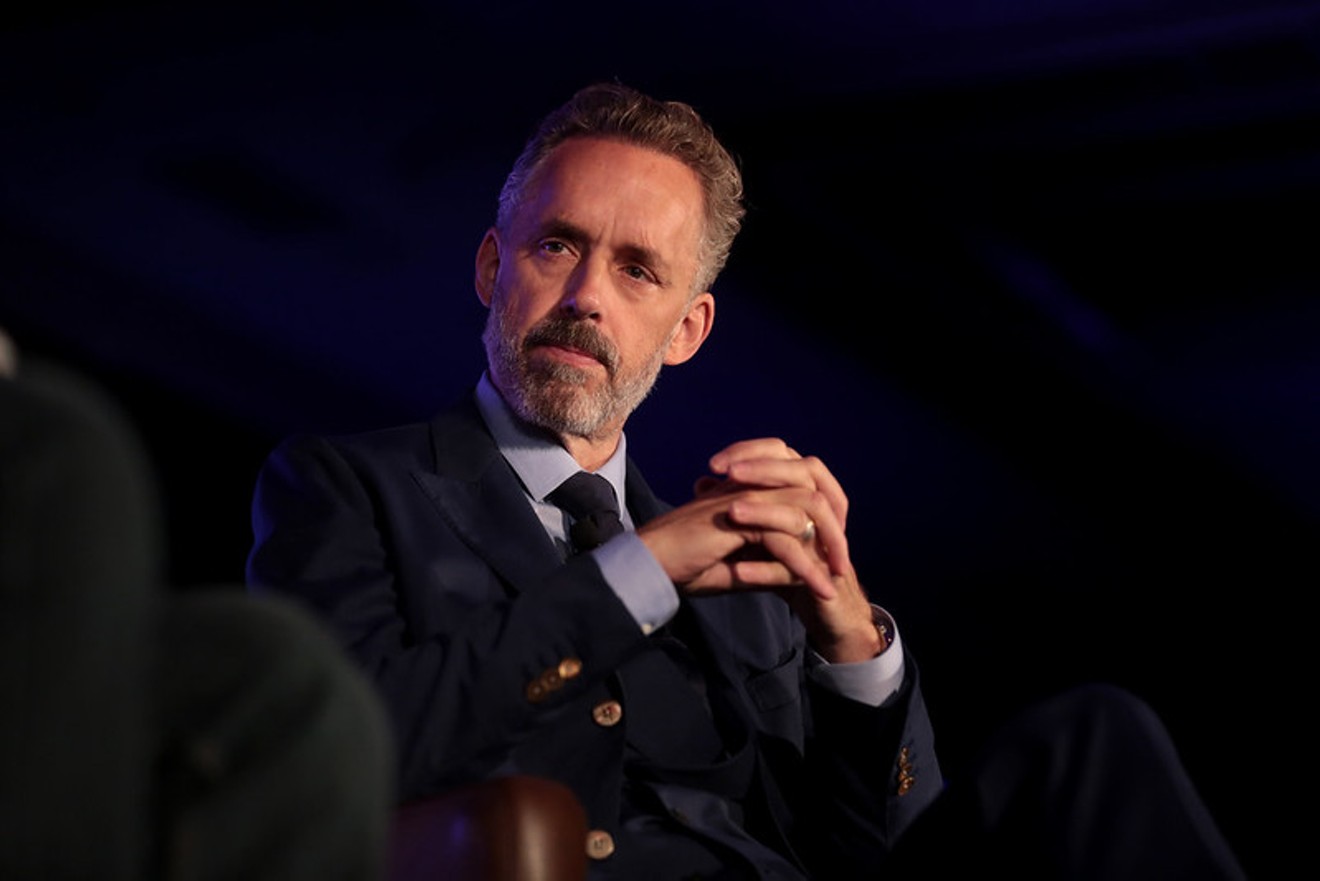 Jordan Peterson speaking with attendees at the 2018 Young Women's Leadership Summit hosted by conservative group Turning Point USA at the Hyatt Regency DFW Hotel in Dallas, Texas. Photo by Gage Skidmore/Flickr
Elon Musk let Canadian clinical psychologist and self help author Dr. Prof. Jordan B. Peterson back on Twitter this weekend. Peterson had previously been suspended because he refused to stop misgendering and deadnaming actor Elliot Page. Now that he has access to the social media site again, he’s used it almost exclusively to promote far right voices and causes, so can we just admit now that he is right wing?

Having written about Peterson a lot over the years, I get a ton of mail from people who are angry that I categorize him as conservative. Peterson himself pushes against that accusation in multiple interviews, but it’s just an accurate description. The man is obsessed with the idea that strict hierarchies are both natural and necessary and that upsetting them to benefit marginalized people is wrong. That is literally the textbook definition of conservatism.

“I don’t think it’s accurate to say he’s right wing ‘now.’” says fellow Canadian author and historian James Fell (On This Day in History Sh!t Went Down), who often spars with Peterson on the app. “He has been for a while, as was evidenced by his transphobic opposition to Canada’s Bill C-16 back in 2016, which made it illegal to discriminate against people based on their gender identity / expression. Over the years, he’s only become more vocal and less careful in hiding his far-right opinions.”

In the short time that Peterson has returned to Twitter, here is a sampling of his activity: Retweeted Conservative Party Leader Pierre Poilievre claiming that the cure to rising housing rates in Canada is deregulation; Retweeted a climate change denialism group that misrepresents an MIT study; Retweeted cartoonist Bob Moran, who was also previously ousted from Twitter for anti-vax nonsense and whose latest cartoon promotes a right-wing conspiracy website; Retweeted conservative strategist Christopher Rufo celebrating the end of Disney CEO Bob Chapek because Rufo claims Chapek promoted “critical race theory”; Retweeted a story from far-right True North that falsely claims Brock University is segregating its study halls when it’s actually just offering a Learning Services’ BIPOC Study Hall on Wednesdays; Castigated House Speaker Nancy Pelosi for mourning Transgender Day of Remembrance; more climate change denial; and on and on and on.

That’s not even getting into the fact that while he was suspended he began a new television show that is hosted by Ben Shapiro's The Daily Wire, a conservative media outlet, to put it mildly.

I understand why Peterson does not want to embrace the label of conservative even as he embraces everything about being a conservative. For years, his schtick has been as an impartial academic who was simply sharing hard truths that others wouldn’t dare. This is why his long quest to establish various hierarchies, most notably his obsession with how lobsters fight for dominance, is always framed in terms of natural scientific laws rather than arbitrary, manmade systems that conveniently put white cis heterosexual Christian abled men at the top of the pyramid. He wants a conservative world very badly to be “normal.”

It’s not, though. He doesn’t have access to hidden knowledge or revelation. The last few days on Twitter should be all the proof anyone needs that Peterson is just a run-of-the-mill conservative repeating justifications against diversity and parroting the anti-environmentalist drivel promoted by energy moguls.
KEEP THE HOUSTON PRESS FREE... Since we started the Houston Press, it has been defined as the free, independent voice of Houston, and we'd like to keep it that way. With local media under siege, it's more important than ever for us to rally support behind funding our local journalism. You can help by participating in our "I Support" program, allowing us to keep offering readers access to our incisive coverage of local news, food and culture with no paywalls.
Make a one-time donation today for as little as $1.