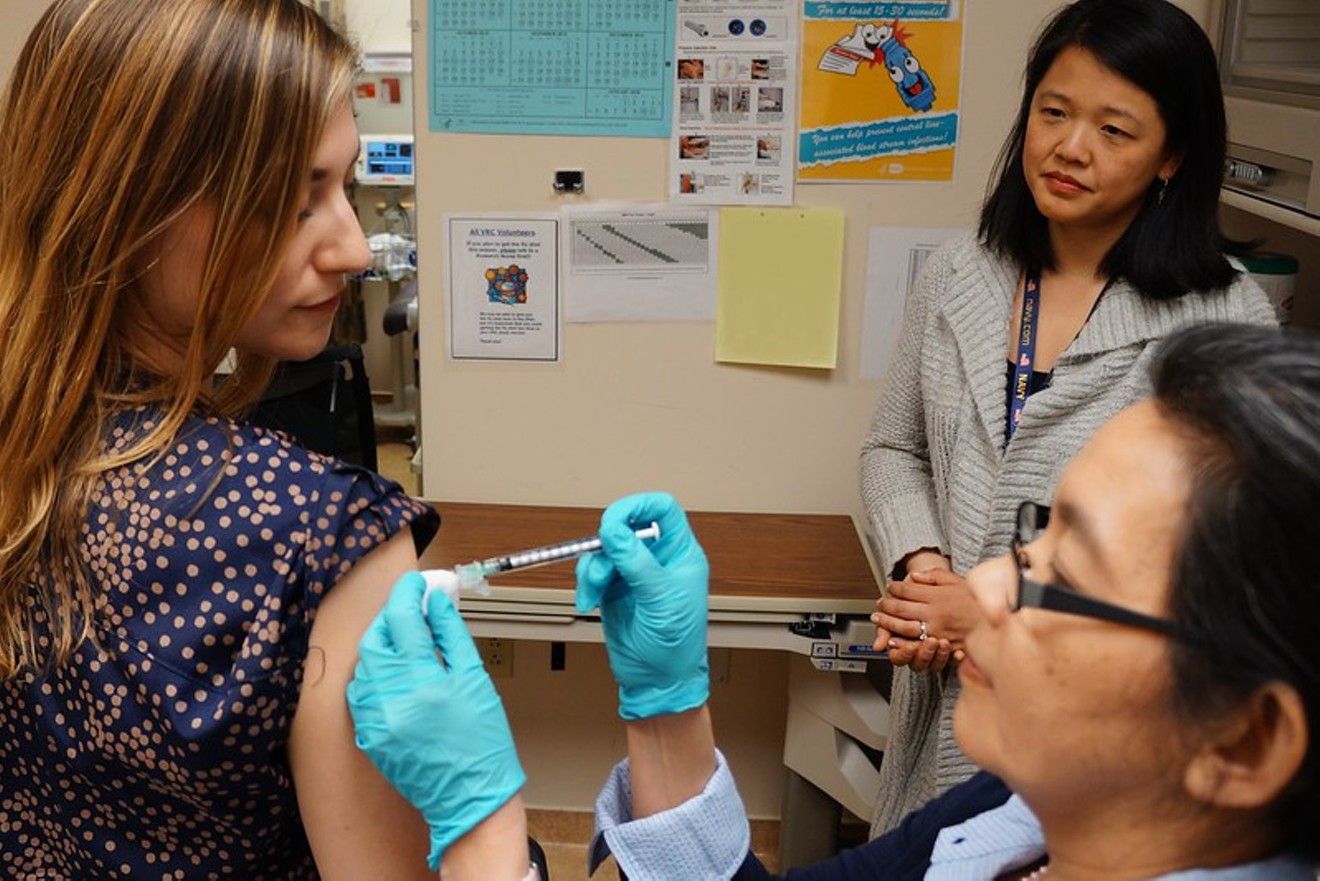 Pictured: the neoliberal technocracy in action, apparently. Photo by National Institute of Allergy and Infectious Diseases/NIH Image Gallery on Flickr
It’s an inarguable fact that the majority of American anti-vaccination sentiments during the age of COVID tend to fall along the right wing of the political spectrum. Red states have fewer vaccinated people than blue states, prominent right wing media figures like Joe Rogan and Tucker Carlson are responsible for the dissemination of gigabytes of vaccine misinformation, and part of the current Texas governor’s race is over whether Greg Abbott doing anything to stop COVID makes him a bad conservative.

That said, it is only a tendency. Anti-vaccination movements on the left are nothing new. Whether it’s people of color being wary of mass inoculations because of past medical abuses by the government or the anarcho-communist segment of the naturalist movement prioritizing “organic” solutions, the left has always had its own house to clean up in this regard.

The most disturbing version is none of these, however, and ironically the best recent example of it comes from a certified genius and Jeopardy winner.

I wish it didn't fucking exist

Arthur Chu is a minor leftist Twitter celebrity who rose to political public figure status during the #Gamergate days. What he’s saying here is an increasingly common sentiment on the left that the vaccines are actually a detriment to the fight against COVID because they don’t go far enough. Instead, they want to institute new massive lockdowns. Later in the thread, Chu even states that he would go back and destroy the vaccine if he could.

What seems to preoccupy a lot of the leftists in this mindset is the idea that we as a people are not organizing enough to take on the virus. Which, you know, fair, but there’s a frightening and puritanical tone to it as well. People like Chu are very understandably frustrated, and I’m sure their concern for the most vulnerable is sincere. I live with an immune-compromised person, and we have barely been out of the house for two years. As someone that covers local arts and events, the pandemic has been a constant strain on my income, to say nothing of the fear and despair that the never-ending crisis has wrought on us all psychologically. It’s a bloody nightmare.

The actions of China, who have a zero-COVID policy that leads to incredibly tight lockdowns, are often held up as an example of what we should be doing rather. The thing is, it’s become very clear that these extreme measures do not really work. COVID is not ebola. It is a highly contagious illness spread through breathing. Border closings and stringent quarantines might have been effective very early in the pandemic, but that ship has sailed. Even if the U.S. did implement some sort of China-style protocol it would only be delaying the inevitable return of the virus. As President Biden has said, this is a global pandemic, and we are not safe as long as the disease breeds and mutates unchecked anywhere in the world.

Left wing anti-vaxxers don’t doubt vaccines work, mind you. What they want is something stronger, harsher, and more painful. It’s a desire to scourge yourself for cosmic forgiveness, an act at least as old as the Black Plague where penitents would whip themselves in the street. The vaccine is seen as a way of coddling people or letting them escape the lockdown with an unfair and unearned sense of freedom. The vaccinated must be punished for that, with the most vulnerable people used as a shield to justify the call for draconian measures. Leftist anti-vaxxers treat public suffering the way a cutter uses pain to find a sense of control.

Not that Chu or any other leftist who thinks this way have even a modicum of power to actually do anything like that. Instead, they poison the air with the idea that vaccines can’t actually end this long plague, and that sentiment spreads just as virulently as COVID itself. It adds to the great mass of anti-vaccine rhetoric floating out there that is prolonging the pandemic and getting people killed.

There has been a strain of Doomsday cultism in the far left at least since 2016. The vaccine becomes just another example of neo-liberal technocracy, a crude bit of engineering that keeps Big Pharma in power and the capitalists demanding we all get back to work. Again, it’s not an unfair assessment, but it gets scary when it turns getting vaccinated into a moral failing that shores up The System™. Anything less than the complete breakdown of the current capitalist framework makes you complacent in oppressions, which is an unhelpful way to look at just trying to survive.

There’s nothing wrong with wanting us to wear masks, socially distance, avoid indoor gatherings, quarantining when infected, and other evidence-based tactics against COVID. There’s even a righteous battle to be had as governments like Texas’ continue to fight those tactics tooth and in a conservative base dick measuring contest. However, to claim that vaccine is actively enabling the spread of COVID because it keeps us from locking ourselves in our homes until we are proven pure enough to rejoin the new society is dangerous.

Acting like wanting to get a shot so we could maybe go to a movie on a Tuesday afternoon makes us an enemy of the glorious revolution is just rank stupidity and zealotry. We shouldn't tolerate it any more than we tolerate right wing nonsense about nanochips and ivermectin.
KEEP THE HOUSTON PRESS FREE... Since we started the Houston Press, it has been defined as the free, independent voice of Houston, and we'd like to keep it that way. With local media under siege, it's more important than ever for us to rally support behind funding our local journalism. You can help by participating in our "I Support" program, allowing us to keep offering readers access to our incisive coverage of local news, food and culture with no paywalls.
Make a one-time donation today for as little as $1.