Get Ready HISD Trustees, Parents at the Mandarin Immersion Magnet School Are Headed Your Way 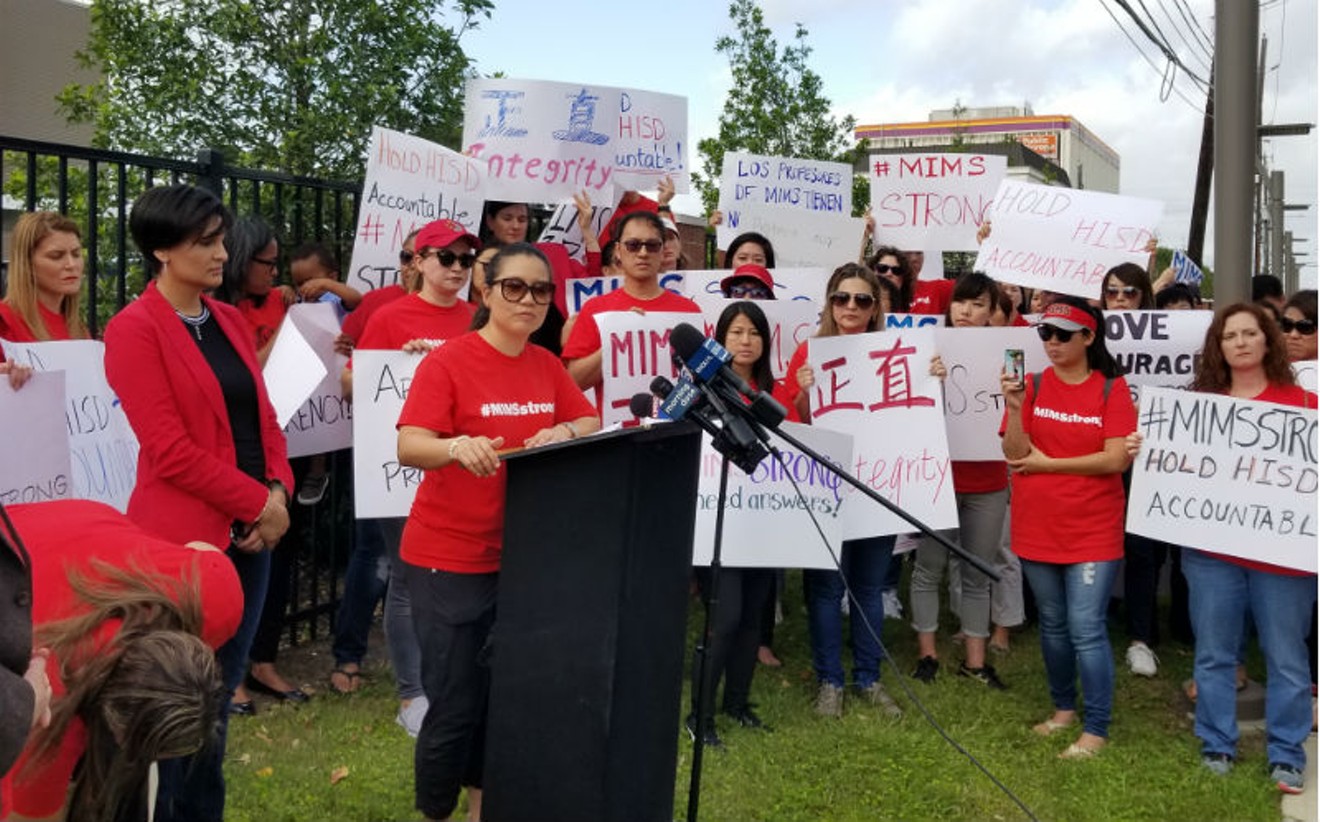 A lot of parents want to know a lot more from HISD about the principal's resignation. Photo by Margaret Downing
Parents say they were told by Houston ISD administrators that the sudden and unexpected resignation of Principal Chaolin Chang from his position at the Mandarin Immersion Magnet School was "a personal decision on his part."

Chaolin Chang himself has told parents his abrupt resignation after six years as principal of the Mandarin Immersion Magnet School was "a personal decision on his part."

Thursday morning it was more than clear that most of the parents assembled on a sidewalk outside the school on West Alabama think these echoing statements are nothing but window dressing. They believe Chang was forced to leave by HISD and they don't know why.  And they want the school district to start coughing up the "transparency" its administrators and school board members always talk about.

At the very least, they want to know exactly what process the district plans to follow in securing Chang's replacement. If they can't get Principal Chang reinstated, they want to make sure any replacement is a Mandarin speaker.

One parent after another said they can't believe Chang who was devoted to the high performing school would have quit in the middle of the second semester of school.  They held up posters including ones signed by several of the 720 students who presently attend the school.  Many plan to address the board at tonight's monthly board meeting starting at 5 p.m. at the Harrie Mae White Administration building. 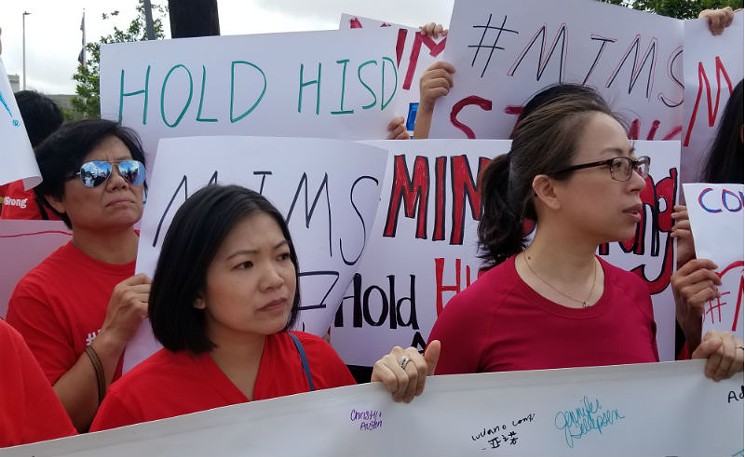 Parents at the Mandarin Immersion Magnet School had a press conference Thursday morning and are ready for tonight's board meeting.
Photo by Margaret Downing
According to a press release handed out at the rally, "The school has a TEA accountability rating of 97, one of the highest in the district. It has also been recognized as one of the most diverse schools in the country, drawing students from across HISD in pursuit of a transformative education."

Chang was forced to resign in February, parents say, and administrators required him to remain quiet about it for months. Parents said they only found out about it last week in a letter sent home in their children's backpacks and through robocalls.

"Every single staff member signed that petition in support of Mr. Chang," said Pranika Sinha, a parent with a fifth grader at the school and a former PTO board member. "Our parents and our children all love Mr. Chang."

Another parent and PTO president, Lisa Lim said the school has a waiting list that is hundreds of names long. "A lot of parents have bought homes, they have come to this school from the Mandarin Immersion Program. To do that changes a lot for a lot of families, affects a lot of kids. So if he is truly not going to be our principal then this is important that we find the right leader for our school, and for our children and for our teachers."
KEEP THE HOUSTON PRESS FREE... Since we started the Houston Press, it has been defined as the free, independent voice of Houston, and we'd like to keep it that way. With local media under siege, it's more important than ever for us to rally support behind funding our local journalism. You can help by participating in our "I Support" program, allowing us to keep offering readers access to our incisive coverage of local news, food and culture with no paywalls.
Make a one-time donation today for as little as $1.