Four Players the Texans Should Cut To Save Cap Space 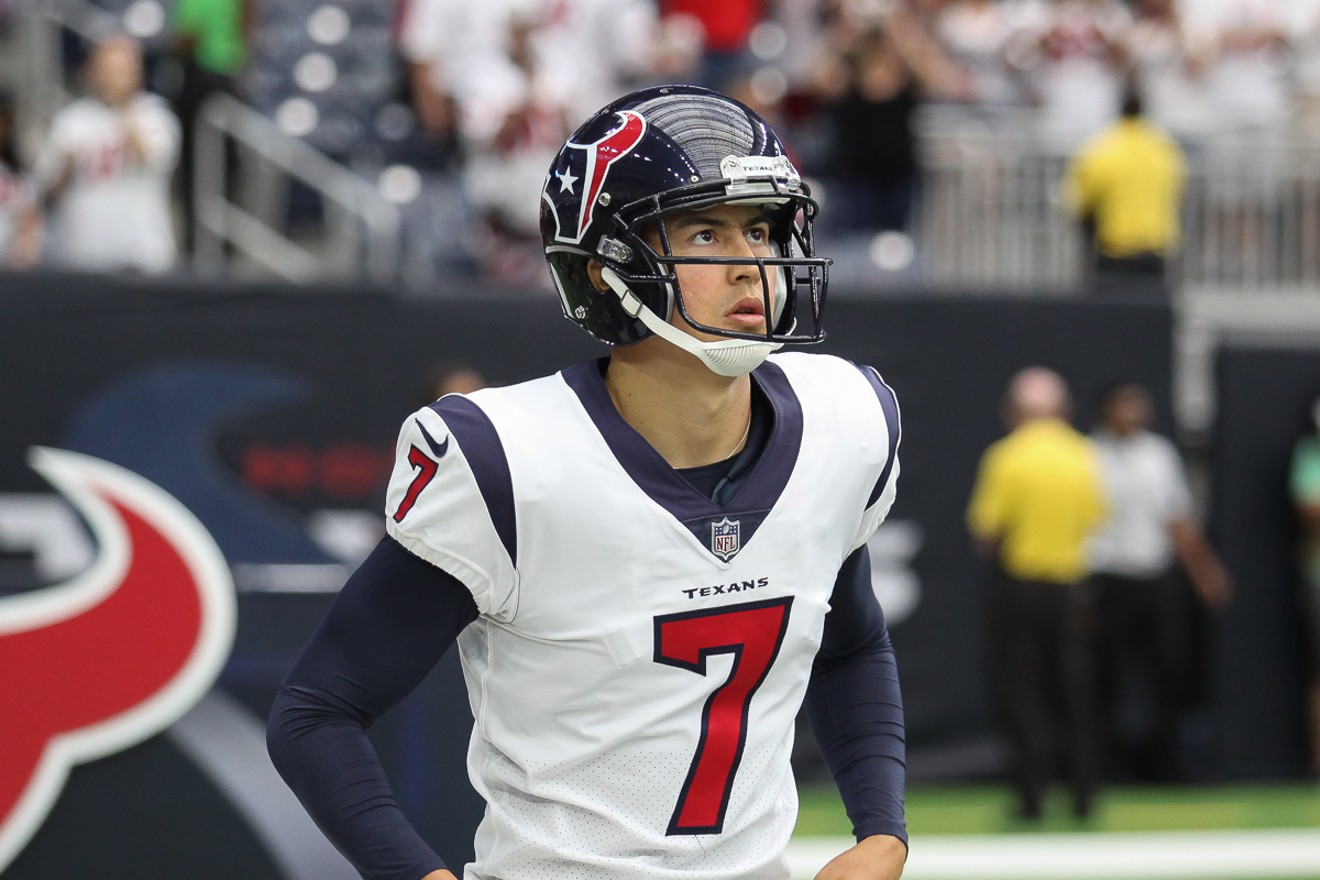 With a salary of over $4 million, Ka'imi Fairbairn could be a casualty of the salary cap. Photo by Eric Sauseda
WIth the NFL regular season now over, the part of the calendar that really matters more for the long term well being of the Houston Texans is here — the 2022 offseason. What happens over the next four months — free agency, the draft, and the eventual trade of Deshaun Watson — will end up being far more critical to the Texans' future than anything that's occurred in the last 18 weeks (unless somehow Davis Mills actually IS the future QB for this team).

Free agency starts in March, the draft is in April, but there are moves that general manager Nick Caserio can start making today, if he wants to either fortify the roster, or in the case of what I am about to lay out, further clean up the team's salary cap situation. Say what you will about Caserio's first year as the GM of this team, but he has managed to sweep away a large swath of Bill O'Brien's salary cap mess.

Right now, as of Tuesday morning, the Texans have almost $38 million in cap space for next season. That number will skyrocket past $70 million after they trade Deshaun Watson and will begin to creep close to $100 million, if they move tackle Laremy Tunsil. Those are potential big time moves. However, there are smaller moves available to Caserio, if he wants to open up smaller chunks of spending money to move forward with his rebuilding plan.

Here are four contracts that Caserio can move on from today, and in the process, open up a total of almost $18 million in cap space. They are as follows

OL MARCUS CANNON
2022 CAP FIGURE: $6,350,000
2022 DEAD MONEY: $0
2022 SAVINGS: $6,350,000
UNDER CONTRACT THRU: 2022
Cannon was one of Caserio's first big acquisitions, as he swapped multiple Day 3 draft picks to bring him in to start at right tackle. Overall, the move would have to be categorized as a failure. While Cannon played decently in the four games he started, he was injured a month into the season, and never returned. Meanwhile, the team moved Tytus Howard, last season's starting right tackle, to left guard where he played very poorly during his stint at that spot. This is an easy decision.

LB KEVIN PIERRE-LOUIS
2022 CAP FIGURE: $4,000,000
2022 DEAD MONEY: $500,000
2022 SAVINGS: $3,500,000
UNDER CONTRACT THRU: 2022
Pierre-Louis was one of a slew of veteran fringe players brought in by Caserio to create an atmosphere of competition. He was even more injury prone than Cannon, missing most of training camp, and eventually only playing in 29 snaps defensively the entire season.