Sorting Out Which Leagues Will Have a Season and Which Won't 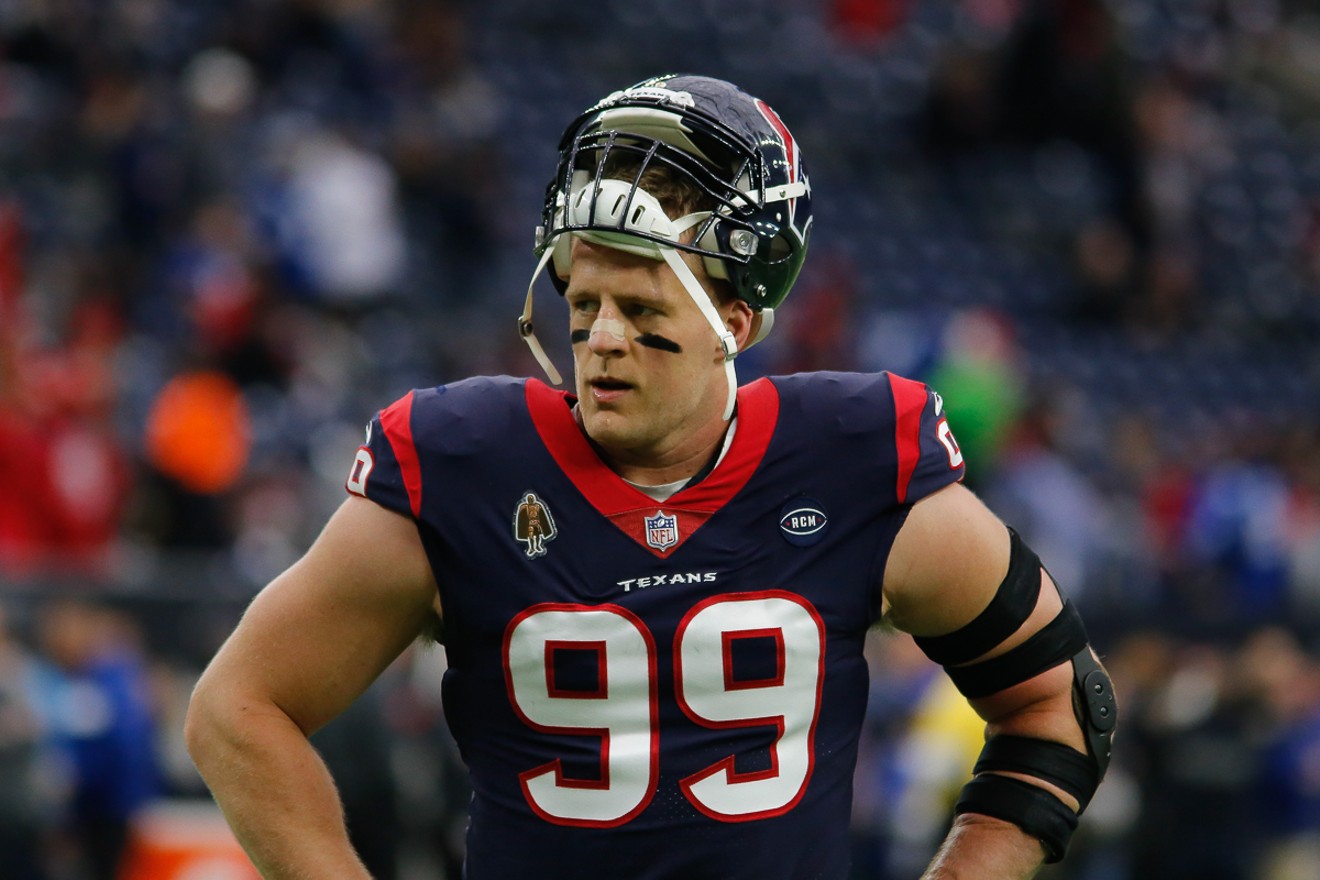 J.J. Watt could be one of Houston's sports stars to have a normal season. Photo by Eric Sauseda
For the first time since stay-at-home orders were issued and social distancing was implemented, there is a sense that the entire country needs to begin figuring out how to get back to work. It certainly won't happen in the next couple weeks, nor will it happen all at once, but it is coming at some point and sports leagues are trying to figure out how to make it happen sooner rather than later.

Some seasons were just starting while others were closer to the end. Only the NFL has remained relatively unscathed as their season ended just as the virus was ramping up. But all of them will need to do some advanced math to figure out a path forward. It's been a LONG time since full seasons were canceled for any reason. Leagues are not anxious to see that happen and even if it was a fledgling entity, they all understand that the XFL's sudden and precipitous demise was a bad omen.

Here's where we stand.

Odds of a Full Season: 100 percent
Odds of Playing to Some Empty Stadiums: 50/50

The NFL lucked out. COVID-19's stranglehold on the U.S. sports world coincided with their offseason. Even the draft combine and workouts made it through with little consequence. It appears holding the draft without players and fans might be the only loss, but will there be stringent social distancing requirements in place in September? How will camps handle the virus in July? At this point, it's anyone's guess. The safest bet is that full houses at stadiums might not happen until late into the season when we can be certain they won't be breeding grounds for another outbreak.

Odds of a Full Season: 75 percent
Odds of Playing to Some Empty Stadiums: 75 percent

Major League Baseball continues to insist it can get in a full 162-game season even if they have to have seven-inning games and triple headers at the same stadium. The latest is an idea that would have two separate leagues playing in Arizona and Florida with no potential for crossover until the World Series. If they are hell bent on this approach, there is no question they will be playing to empty stadiums for a good portion of the season. Whether they can pull off a full season remains to be seen.

There might be no other league hit harder than the NBA. They were the first to have players test positive and, in a single night, the league went from marquee matchups to completely shut down. They still had two months of games to be played and it is highly unlikely they will be able to complete those no matter what their contingency plans. It will be a shock if they are even able to have a full postseason and they will absolutely play to empty buildings if they do. With a relatively short summer offseason ahead and all kinds of salary cap implications, they may have the toughest time of all figuring out how to make it work.

Odds of Finishing the Season: 50/50
Odds of Full Playoff: 30 percent
Odds of Playing to Some Empty Stadiums: 90 percent

Unlike the NBA, the NHL was already winding down their season. They still believe they can finish out and have an abbreviated playoff setup, though they seem committed to not doing single-elimination games to make that happen. They have slightly more wiggle room than basketball, but not much. The sooner they get back to work, the more likely they can finish a legitimate season even if they won't have fans in the stands to cheer them on.

Odds of a Full Season: 60 percent
Odds of Playing to Some Empty Stadiums: 75 percent

Soccer is in a very complicated situation due to the international components of the game. They are tied to the schedule in other parts of the world, particularly in Europe. And that doesn't include the World Cup qualifiers scheduled for September. Even though they had just begun play and have more spread out schedules, it seems unlikely they will be able to ply out a full season, and as wild and woolly as soccer fans tend to be, expect at least the first half of the year for them to do their cheering from home.
KEEP THE HOUSTON PRESS FREE... Since we started the Houston Press, it has been defined as the free, independent voice of Houston, and we'd like to keep it that way. With local media under siege, it's more important than ever for us to rally support behind funding our local journalism. You can help by participating in our "I Support" program, allowing us to keep offering readers access to our incisive coverage of local news, food and culture with no paywalls.
Make a one-time donation today for as little as $1.