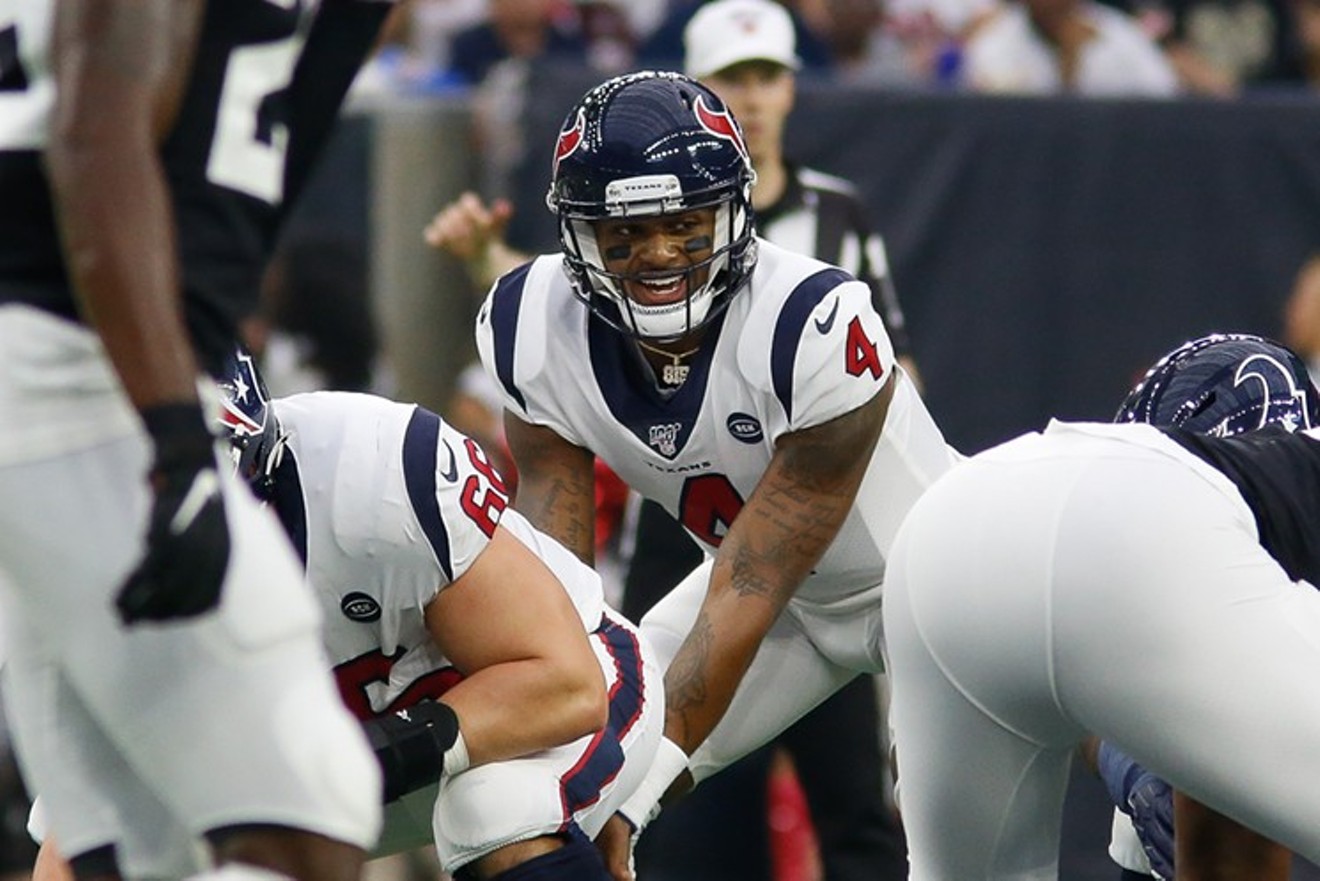 When even a $156 million contract extension doesn't seem to be enough. Photo by Eric Sauseda

When Sean Pendergast recently explored the possible locations quarterback Deshaun Watson might move to in his request for a trade away from the Houston Texans, a lot of our readers were inspired to weigh in with their own take on the situation on the Houston Press Facebook page.

Most of you were pretty tough on Watson, saying he signed a multi-million deal and ought to stand by it.

John Rodriguez, underlying his comments with a handy gif of various benches, wrote:. "Out of those 4 or 5 destinations. This is where he’s going to find himself right here in Houston until he learns to be a team player."

Tom Sullivan:  "High paid cry baby. Bench him and make him ride out his contract with no reps."
.
Tom Cassity: "He signed a binding contract. Why is it that spoiled pro athletes get to wiggle out of their legal commitments so often?"

There were some fans of Watson such as Robert Marski who said, "I think there’s 30 other teams in the NFL that would gladly take this guy, or at least have discussions about him." And: "Look at his record. Led the league in passing with a bunch of nobodies. His record is a reflection of the whole team. Not just him. Remember it’s 11vs11 not 11vs1......."

And, of course, there was some residual ill feeling directed toward former head coach Bill O'Brien for the state of the Texans. As Dan Shannon wrote: "Goes to show how "D-Hop" was the real backbone of the team. Burn in hell, BO'B."

Care to put your oar in the water on this one?  Or on anything else you'd like to comment on? Email [email protected]
KEEP THE HOUSTON PRESS FREE... Since we started the Houston Press, it has been defined as the free, independent voice of Houston, and we'd like to keep it that way. With local media under siege, it's more important than ever for us to rally support behind funding our local journalism. You can help by participating in our "I Support" program, allowing us to keep offering readers access to our incisive coverage of local news, food and culture with no paywalls.
Make a one-time donation today for as little as $1.