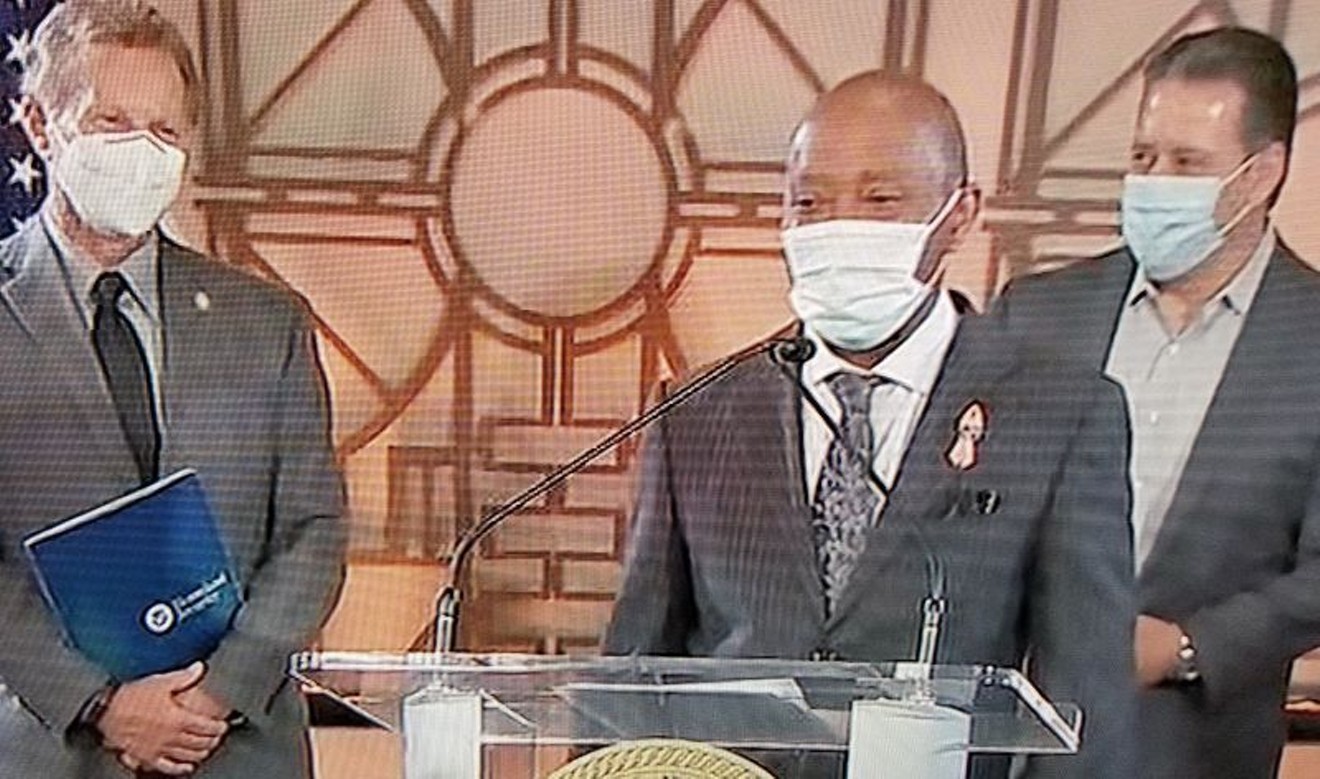 Clearly more Houstonians in need than $15 million can help. Screenshot

The city of Houston's new site designed to handle rental assistance requests because of COVID-19's financial impacts did not crash Wednesday despite earlier reports that it had, according to Mayor Sylvester Turner.

It was just shut it down once officials figured it was out of money, said Turner at an afternoon press conference. Turns out $15 million doesn't go all that far. Turner said thousands more had gone online to look at the site in the program administered by nonprofit BakerRipley. It will provide up to $1,056 each month to residents who were late on April and May rent payments but who until then had been current.

Many people who had hoped to be granted the money never even got to apply.

It took just 90 minutes for the site to open and close Wednesday morning. "By 11:30 a.m. the entire $15 million was exhausted," Turner said, adding that he hopes for more assistance from the federal government for the thousands of Houston renters who need help after massive job losses due to COVID-19 business shutdowns.

He called the response a clear indication "that there is tremendous need across the city." The goal is to have the money to the approved renters by the end of this month.

Turner also reported there had been three more deaths due to the coronavirus bringing the total to 104 and another 117 new cases in the city bringing that total to 5,030. Harris County was reporting 84 total deaths and 3,591 total positive cases on Wednesday.

In response to questions, Turner said he did not anticipate being able to open the city's swimming pools anytime soon given that social distancing would be extremely difficult to maintain there. He also said "there will be no parades in June" and that the city's July 4 celebration would probably be a lot different than those of the past. .
KEEP THE HOUSTON PRESS FREE... Since we started the Houston Press, it has been defined as the free, independent voice of Houston, and we'd like to keep it that way. With local media under siege, it's more important than ever for us to rally support behind funding our local journalism. You can help by participating in our "I Support" program, allowing us to keep offering readers access to our incisive coverage of local news, food and culture with no paywalls.
Make a one-time donation today for as little as $1.