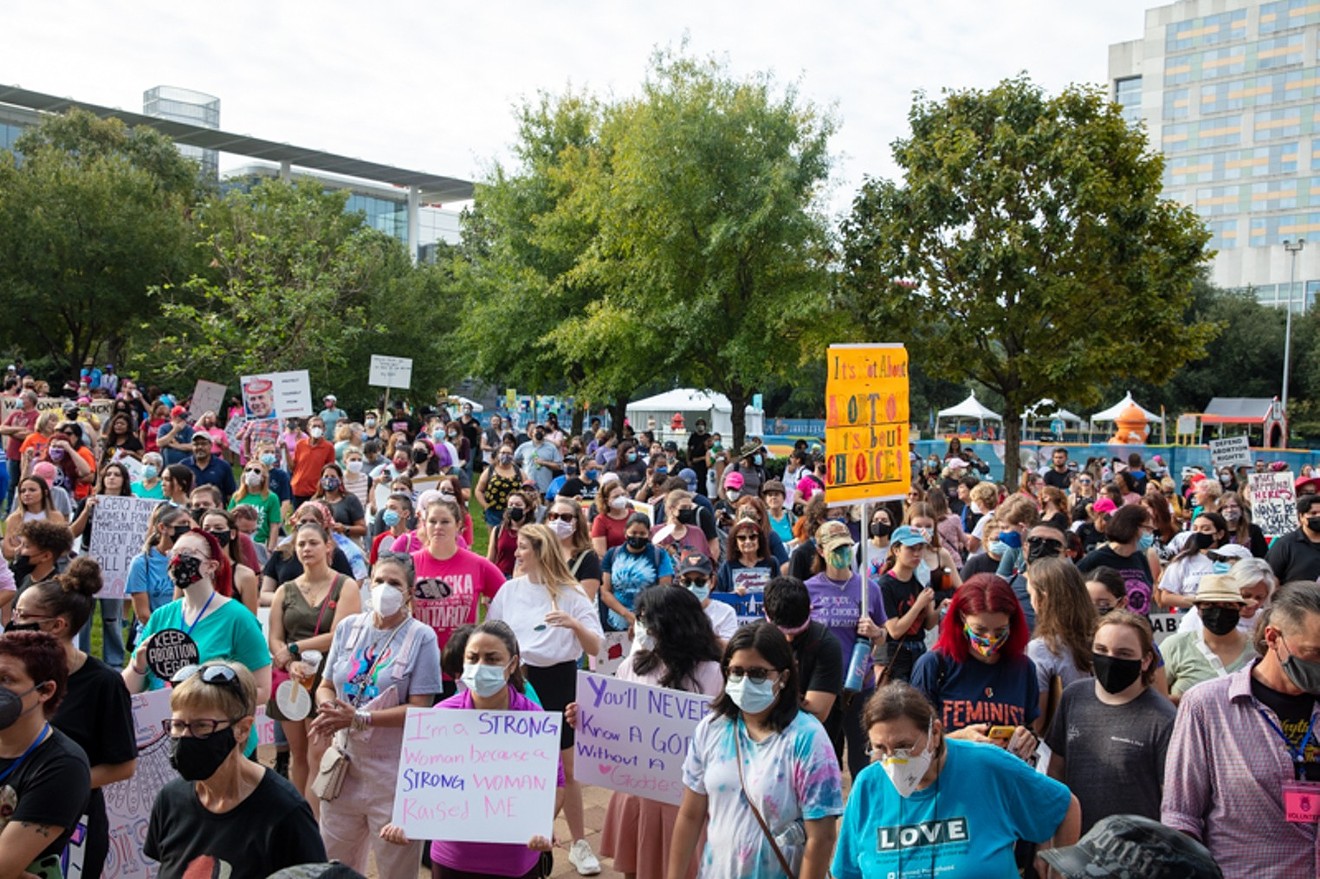 All the protests in the world couldn't change the course the new U.S. Supreme Court was set on. Photo by Violeta Alvarez


As of today, Friday June 24, 2022, there is no more constitutional right to abortion. The U.S. Supreme Court as has been long expected, released its ruling in a case brought in Mississippi, and has said that only the individual states have the right to determine their own abortion laws. It was a 6-3 decision.

So the court did not ban abortion per se. What it did by removing it as a constitutional right, was to set up a system where the states can move to ban abortions.

At least 13 states have "trigger laws" banning abortions once Roe was overturned that will take effect immediately or within days. In Texas, this means after the next 30 days, there will be no abortion  — the only exceptions being to save the life of a pregnant woman or to prevent "substantial impairment of major bodily function" — which certainly seems to be something that could be up for debate.

Other states either have laws that protect abortion rights or are moving to do so. .

All the recent protests, all the polls that showed a majority of Americans wanted Roe v. Wade retained, had no impact on the justices' decision which was first leaked to the public in May. Justice Samuel Alito, wrote in the court's decision:

"We hold that Roe and Casey must be overruled. The Constitution makes no reference to abortion, and no such right is implicitly protected by any constitutional provision."


Alito was joined by Justices Clarence Thomas, Neil Gorsuch, Brett Kavanaugh and Amy Coney Barrett.  Liberal Justices Stephen Breyer, Elena Kagan and Sonia Sotomayor dissented charging that it was only because the makeup of the court changed that a rule that stood for 49 years was overturned.

Justice Thomas wants the court to go even further and reverse itself on previous rulings establishing a constitutional right to contraception, same-sex intimacy and same-sex marriage.
KEEP THE HOUSTON PRESS FREE... Since we started the Houston Press, it has been defined as the free, independent voice of Houston, and we'd like to keep it that way. With local media under siege, it's more important than ever for us to rally support behind funding our local journalism. You can help by participating in our "I Support" program, allowing us to keep offering readers access to our incisive coverage of local news, food and culture with no paywalls.
Make a one-time donation today for as little as $1.