McLemore Might Need to Retain Starting Role with Rockets 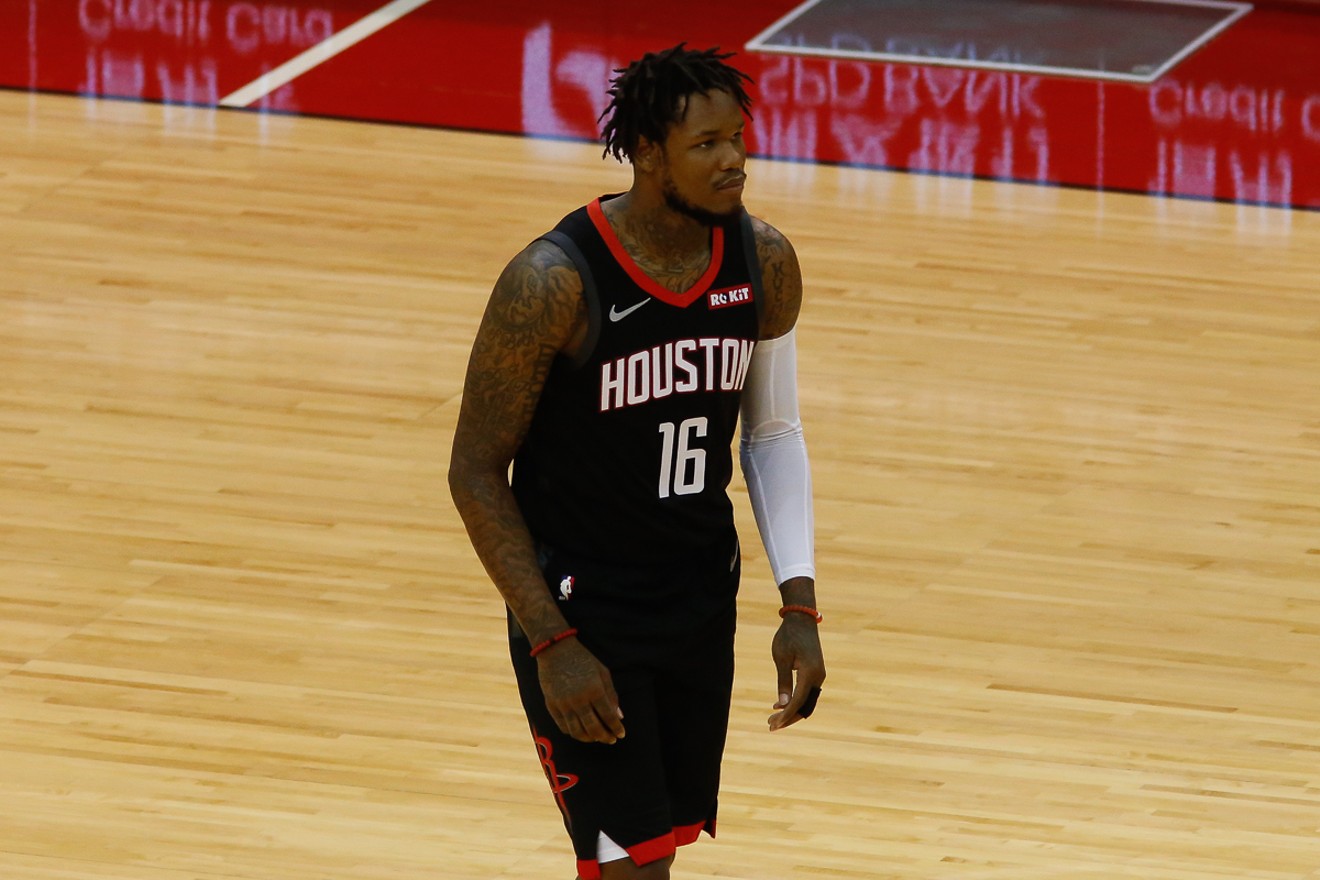 Ben McLemore has been outstanding for the Rockets this season. Photo by Eric Sauseda
Injuries shouldn't cost a player a job. This is a standard axiom in sports. And Danuel House, Jr. has been great as a starter for the Rockets this year. But, Ben McLemore may usurp House's starter's job if for no other reason than he is simply better as a starter.

On Thursday night in a win over the Raptors, McLemore had 28 points including a career high eight three pointers. He was the team's leading scorer on a night when the Raptors double teamed star James Harden all night. McLemore made them pay from beyond the arc.

But, House wasn't bad either with 16 of his own in his return from an illness that kept him out two games.

While House deserves starters minutes, there is a good argument to be made for McLemore as a starter purely based on the numbers. As a starter, his offensive rating jumps nearly 100 points. He shoots a better percentage and scores more easily. In a postgame interview after Thursday's win, he cited the confidence he gets from James Harden and Russell Westbrook as key factors.

But, it remains a small sample size and when Eric Gordon eventually returns from injury, he will certainly factor into that mix.

The really good news is that the Rockets seem to have found another option in McLemore, a guy who appeared to be destined for the NBA scrap heap before signing with the Rockets. Many believed this was his last shot as a rotation player in the Association and he's certainly proved he deserves his spot. Whether or not that spot is a starting one is a different story.

House won the starting job in training camp, even besting Gordon, who had been the starter for the Rockets last year. Gordon seemed like the perfect weapon to bring off the bench and pair with either Harden or Westbrook while the other rested.That will still be the case when Gordon returns, but now the Rockets will have to weigh whether House or McLemore gets the majority of the minutes and which one will fill the starter's role.

At the moment, it's a good problem to have. And it will likely work itself out as the season goes along. But if McLemore continues to be this good when starting and equally as bad when coming off the bench, it will make Coach Mike D'Antoni's job a lot tougher when it comes to doling out minutes.
KEEP THE HOUSTON PRESS FREE... Since we started the Houston Press, it has been defined as the free, independent voice of Houston, and we'd like to keep it that way. With local media under siege, it's more important than ever for us to rally support behind funding our local journalism. You can help by participating in our "I Support" program, allowing us to keep offering readers access to our incisive coverage of local news, food and culture with no paywalls.
Make a one-time donation today for as little as $1.