Simone Biles Owes Us Nothing 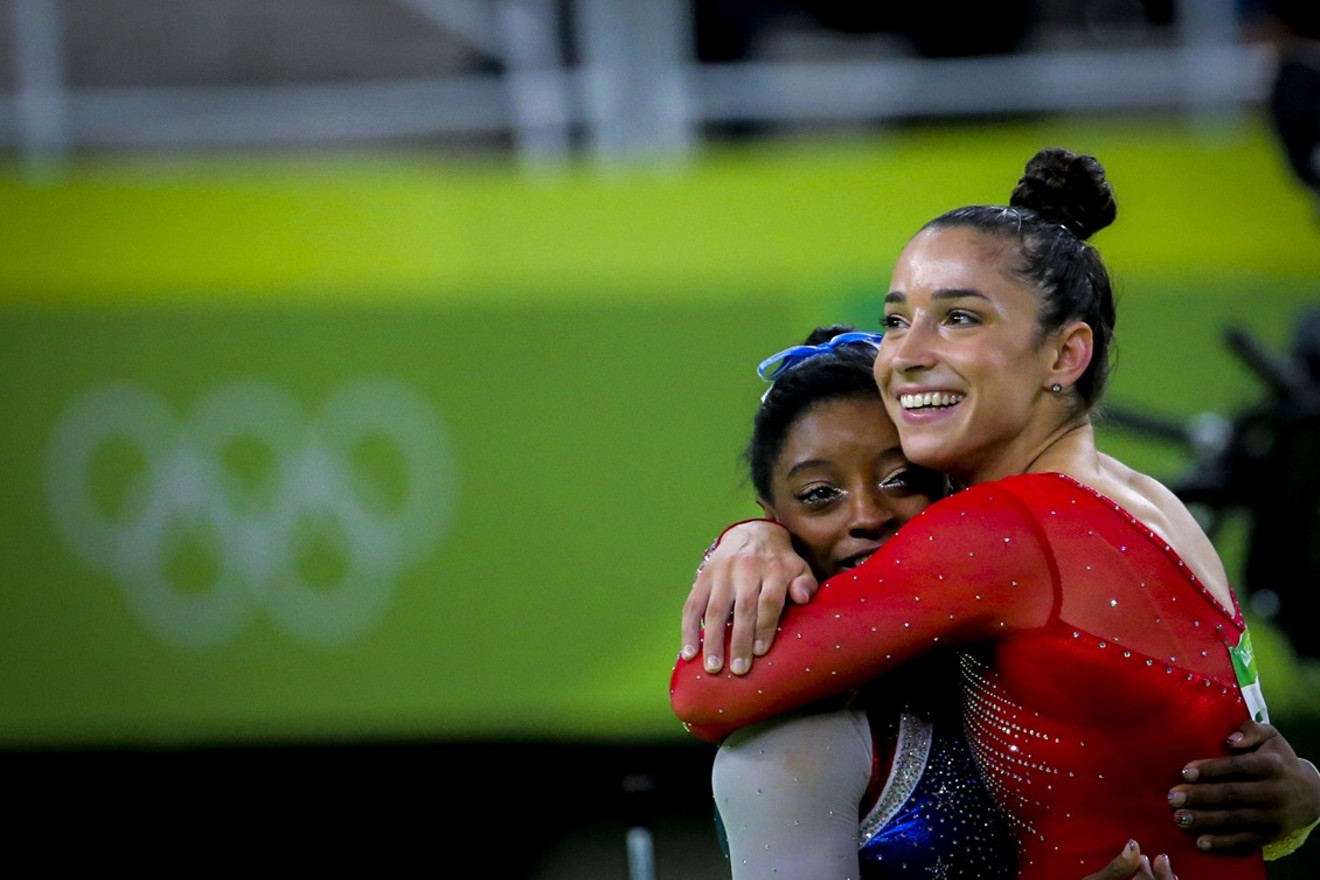 Simone Biles and Aly Raisman at the 2016 Olympics Photo by Danilo Borges//brasil2016.gov.br
The decision of Simone Biles to pull herself out of both individual and team competition at the 2020 Tokyo Olympics shocked the world. Less shocking is how a young woman (and a Black woman at that) experiencing a mental health episode would be immediately demonized.

Texas Deputy Attorney General Aaron Reitz, for instance, recently called her a “selfish, childish national embarrassment” in one of the most blatant cries for attention I’ve seen since my six-year-old slipped a drawing of themself being “lonly” under my office door. Conservative nonsensesmith Charlie Kirk, a community college drop out who probably couldn’t somersault if you launched him with a trebuchet, referred to her as “immature” and a “shame to this country.” Biles could have shown up to Tokyo high on glue and pregnant with a bass player’s baby and she still would be less shameful to America than Charlie Kirk.

Biles has been very open and honest about what caused her to withdraw from competition. She said she felt lost in the air during her routines, and that sentence turned my blood to ice. The physical feats that Biles performs are astounding. Watching her run and tumble actually made me check to make sure I wasn’t running a YouTube video at x1.5 speed once. The sheer physics of her gymnastics are near weapon grade. At any time in a vault routine, she is probably inches away from devastating injury.

What is she supposed to do if her mental state isn’t up to the task? Reitz apparently thought she should have powered through like Kerri Strug, who was bullied by her coach in the 1996 Olympics to complete her vault routine on an injured ankle. She had to be carried to the podium afterward, but this is apparently supposed to be a good thing instead of a “what the hell is wrong with you people?!” thing.

Y’all… it’s just the Olympics. It’s literally called the games. As funny as I find it that a bunch of conservative dudes are so impassioned about beating the Russians as soon as they aren’t helping to deliver a president through a cyberattack, we are not actually living in Rocky IV. The United States walked away this year with silver medals. Is that supposed to be embarrassing? It’s second best in the world, and there’s always next time.

Simone Biles doesn’t owe us her possible crippling injury for our vicarious glory. She’s literally an amateur who can quit any time for any reason. We don’t even pay her.

I think people forget what the hell we actually asked of gymnasts this year. It’s the middle of a pandemic with COVD rampaging through Olympic Village. The team is competing in an empty stadium full of year old signs that is probably haunted by the tortured souls of people overworked to build it until they killed themselves. Biles’ family and support group are on the other side of the Earth, and this is the first games she’s competed in since the truth about the serial sexual assaults of Larry Nassar came to light. Sexual assaults that, it’s worth mentioning, the United States Olympic Committee and the federal government seem at least somewhat culpable in covering up.

That last fact alone should absolve Biles of any obligation to anyone but herself. She should be at the games because she wants to be. That’s freedom.

As a wrestling fan, I’ve long since lost count of the number of times I’ve watched great athletes continue to perform through injuries because “the show must go on.” There’s this disturbing sense of ownership that seems to come with these high-profile physical exhibitions. The way that people like Kirk and Reitz treat Biles as if they own her in some way is extremely disturbing. They act like she’s a sports car that suddenly broke down as they were going to cruise by the college and pick up some chicks.

She’s not a sports car. She’s a human being who has already left an indelible mark upon her sport. She’s also a 24-year-old woman who might not want to spend the next half century in chronic pain because she gave into pressure to perform when she knew she wasn’t ready. Biles doesn’t owe America the rest of her life in that state, particularly after what was allowed to happen to her with the country’s tacit consent. If anything, we owe her all the damn mental health days she wants.
KEEP THE HOUSTON PRESS FREE... Since we started the Houston Press, it has been defined as the free, independent voice of Houston, and we'd like to keep it that way. With local media under siege, it's more important than ever for us to rally support behind funding our local journalism. You can help by participating in our "I Support" program, allowing us to keep offering readers access to our incisive coverage of local news, food and culture with no paywalls.
Make a one-time donation today for as little as $1.