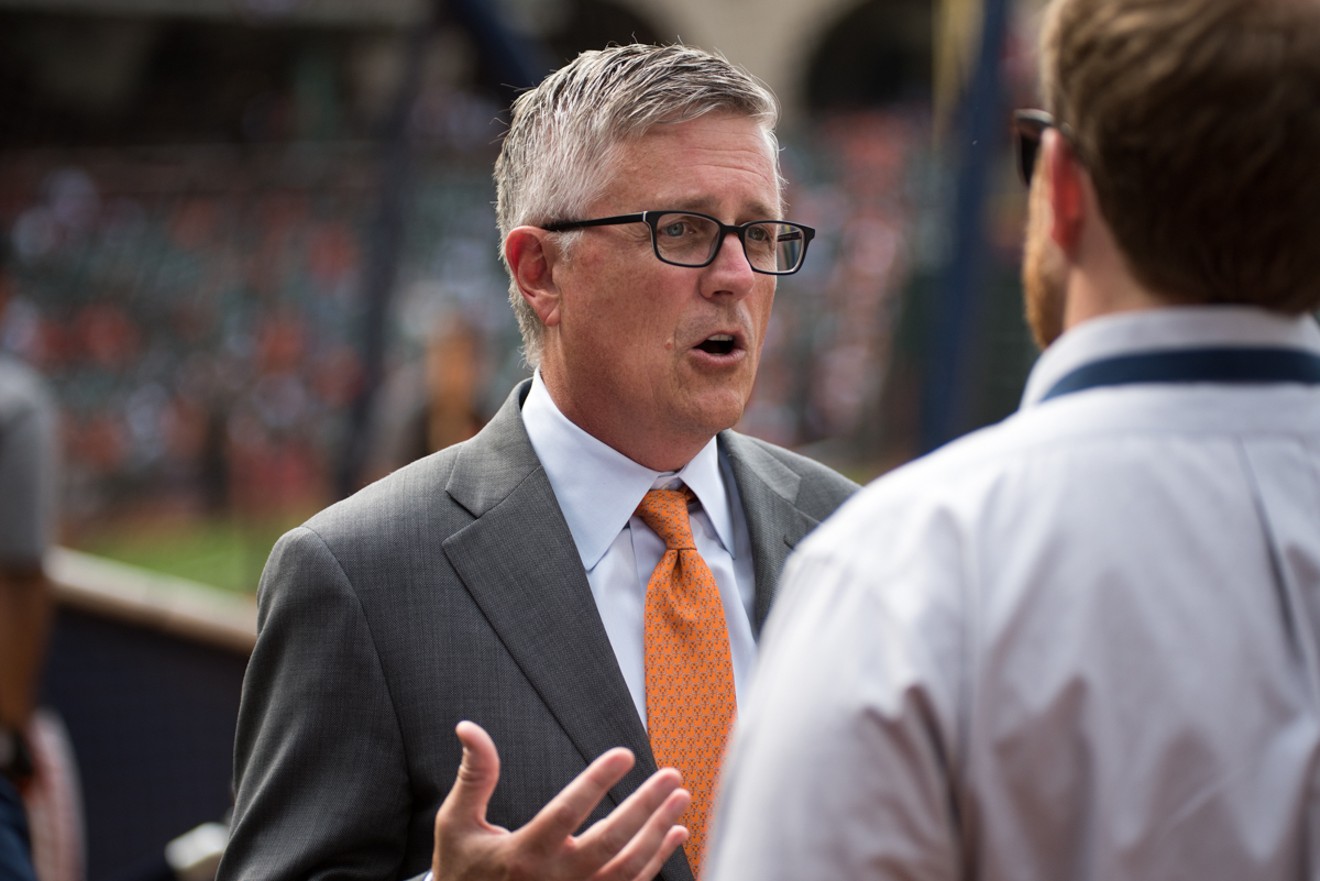 As usual, Astros GM Jeff Lunhow will have his hands full with potential trades in July. Photo by Jack Gorman
The MLB trade deadline is less than a month away and the Astros are rumored to be in hot pursuit of some arms for both the rotation and the bullpen.

It's no wonder they would target both. While Justin Verlander and Gerrit Cole remain about as steady as they can be at the one and two spots in the rotation, it falls off pretty precipitously after that. Wade Miley has been very solid, but doesn't feel like a reliable playoff-ready number three. And with their best pitching prospects dealing with injuries, the only help there might come from outside the organization.

Likewise, they have gotten stellar seasons from Will Harris, Ryan Pressly and Roberto Osuna, but the remainder of the bullpen has been inconsistent. Having some added depth there is never a bad idea.

Still, if they had to choose just one, it would most certainly be a starter. The two most prominent names associated with the Astros in trade rumors are Marcus Stroman of the Blue Jays and Tigers starter Matt Boyd.

Stroman is a player the Astros have watched for some time. He was a possible trade move the year they acquired Verlander and they like what he brings to the table. He has been incredibly steady for the Blue Jays this season with pitching over 100 innings already and keeping his ERA just above 3. The 28-year-old is under contract through 2020, so this wouldn't be a one-year rental, which is critical for a team that could lose Cole after this season.

The only issue with Stroman is that he doesn't pitch the way the Astros typically like. He isn't a big fastball, strikeout guy in the mold of Verlander and Cole. Stroman throws more sinkers and sliders than heaters.

On the other hand, there is Boyd, whose 11 Ks and fewer than 2 walks per nine innings must have the Astros salivating. Also 28, Boyd is under a team-friendly contract through 2022. But he has been less consistent, struggling quite a bit in June while giving up 10 home runs. For a team with pitchers that tend to give up the long ball, that probably isn't a welcome sight.

Regardless of who they go after, the player front and center in negotiations is almost certain to be Kyle Tucker. The 22-year-old prospect is ranked in the top 10 in prospects in the league. His first stint with the big ballclub last year was less than ideal and he stumbled out of the gate this season, but he has turned it around blasting 28 homers in the minors.

With a loaded outfield and the explosion of Yourdan Alvarez, it makes you wonder if the Astros wouldn't part with Tucker to get another arm or two into the rotation and bullpen. So far, that hasn't been the case and reports have indicated the Astros have said no when asked. But, a lot can happen in a month and as good as they have been, another great arm in the starting rotation could position the Astros to be an even more dominant team after the All-Star break than they have been before it.
KEEP THE HOUSTON PRESS FREE... Since we started the Houston Press, it has been defined as the free, independent voice of Houston, and we'd like to keep it that way. With local media under siege, it's more important than ever for us to rally support behind funding our local journalism. You can help by participating in our "I Support" program, allowing us to keep offering readers access to our incisive coverage of local news, food and culture with no paywalls.
Make a one-time donation today for as little as $1.