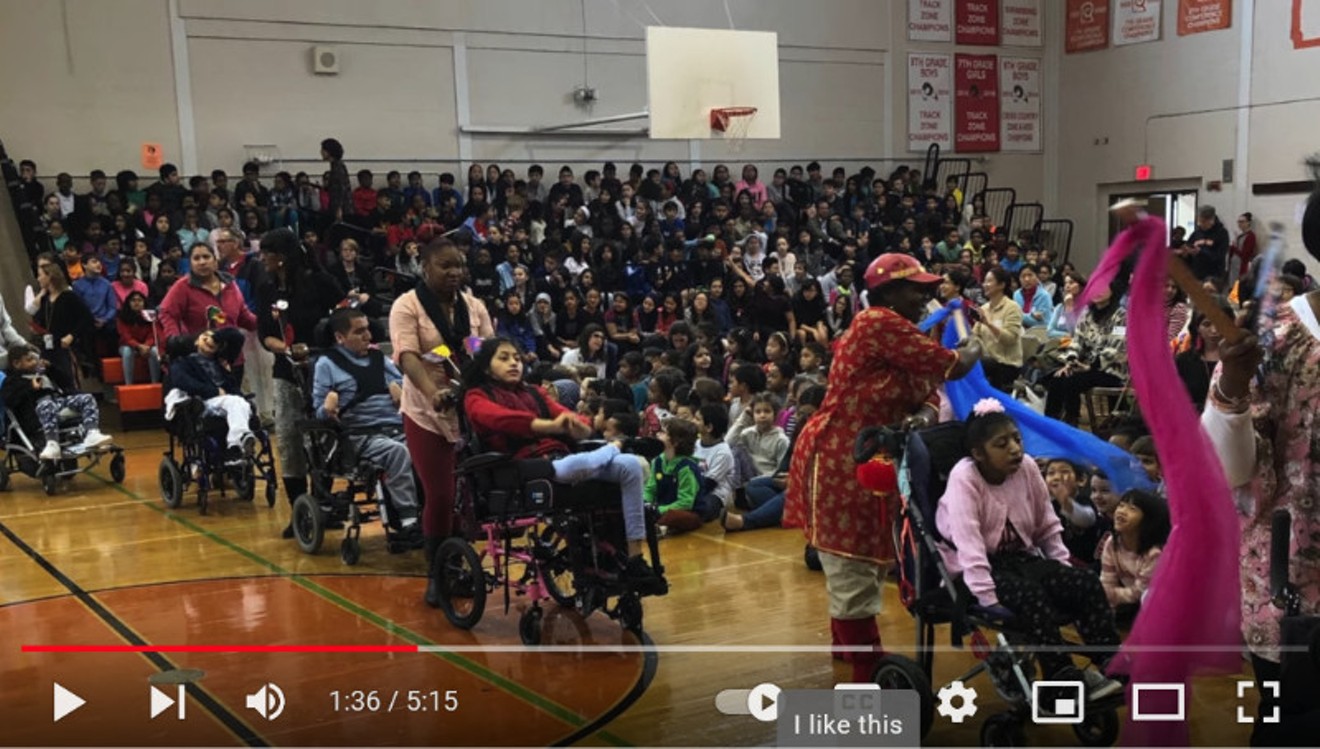 Students and alumni at T.H. Rogers argue that special ed students have been included in their school and should stay. Screenshot, THRogers PSI

An eighth grade student at T.H. Rogers has produced an impressive video arguing for the continued inclusion of special education students at the elementary through middle school award-winning campus — a potent and affecting argument against the Houston ISD plans to dismantle the program.

In a video entitled "THRogers PSI Support" a number of students and alumni argue that the PSI (Preparing Students for Independence) program and its special ed students should continue to be included in the student population instead of being shipped out to other schools in the district, as HISD administrators plan. 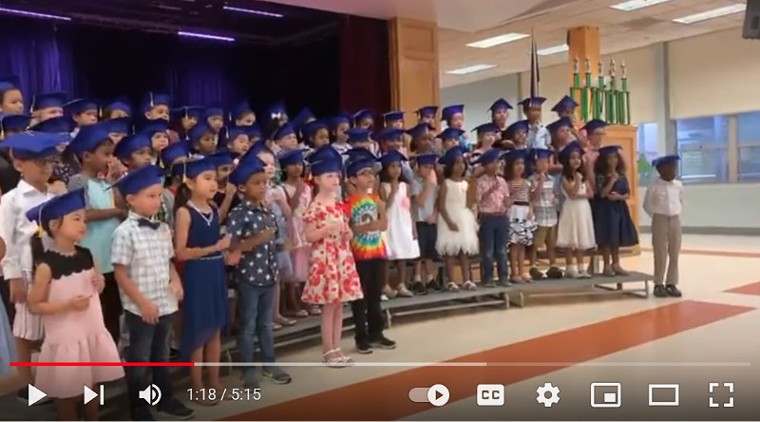 Deaf students at T.H. Rogers were already moved out to other district schools at the end of last school year. In both cases, parents were given little to no notification of the planned changes with no input into the decisions. HISD officials are now saying that the Texas Education Agency is making them do this in accordance with the Least Restrictive Environment regulations calling for mainstreaming students.

At a November 18 meeting at the school, parents strongly objected to the HISD plans and how it had gone about doing this with no warning — the news delivered to them just days before in a November 15 letter.

Throughout the video, students repeat the phrases: "We are a community" and "No students left behind." One points out that "T.H. Rogers has the ability to support these students." Testimonials are interspersed with scenes of students and events throughout the school year. 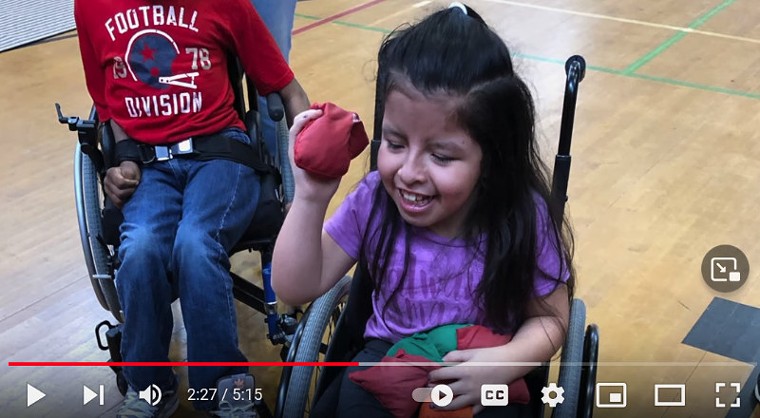 HISD plans to disperse T.H. Rogers students like this one to other schools.
Screenshot, THRogers PSI
Former student Anika Palacharla says: "If I  were to describe the Rogers community in one word it would be 'inclusive.'  I never imagined that I would have to make a video like this because the PSI program is such a core part of what Rogers is."

And former student Hira Malik says: "If the PSI community is disbanded,  students and families will lose the equal opportunities presented to their children to learn at such an esteemed school."

A group of parents has already contacted the district with a public information request asking for all internal and external communications with TEA it has had on this plan to remove the special education students.

HISD's next monthly board meeting is scheduled for Thursday, December 8 at 5 p.m. and T.H. Rogers parents will probably be there in force, giving them a chance to directly address the trustees. Should be a lively night.
KEEP THE HOUSTON PRESS FREE... Since we started the Houston Press, it has been defined as the free, independent voice of Houston, and we'd like to keep it that way. With local media under siege, it's more important than ever for us to rally support behind funding our local journalism. You can help by participating in our "I Support" program, allowing us to keep offering readers access to our incisive coverage of local news, food and culture with no paywalls.
Make a one-time donation today for as little as $1.