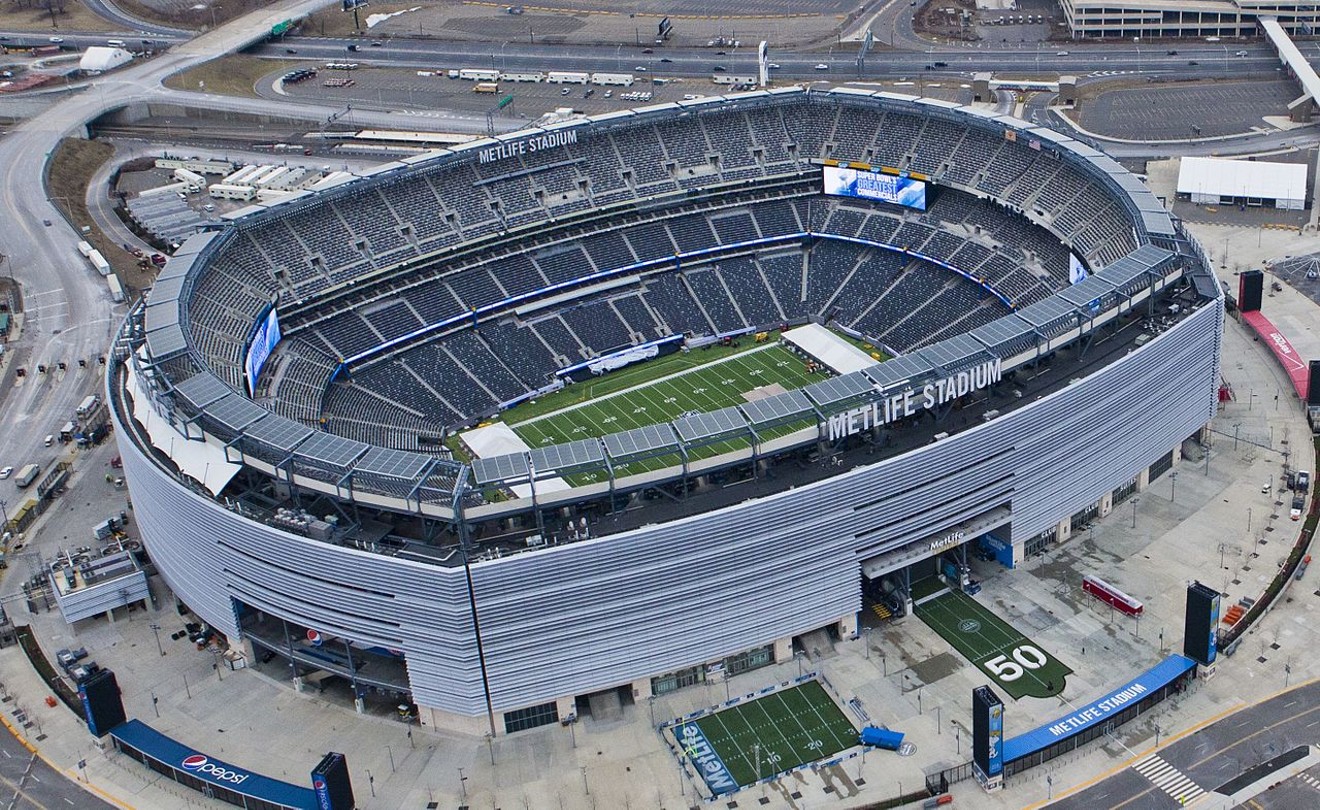 It's going to be a lot nicer in your living room (or back yard) in Texas than it will be at the Texans-Jets game in New Jersey this weekend. Photo by NYonAir.com via Wikimedia Commons
Houston's roller coaster weather has continued unabated. Over the past seven days, we've seen unseasonably warm temperatures, heavy rainfall and downright chilly mornings near freezing. We have a bit more of that in store beginning Thursday, but the payoff should be spectacular.

Thursday morning will be wet. A frontal boundary and a low pressure system will clash over southeast Texas much like the systems that caused last Friday night's heavy rain. This won't be quite as robust, but we could see a couple inches of rain Thursday morning followed by a rather blustery day, particularly closer to the coastline.

Once the front actually clears during the day on Thursday, temperatures will drop into the low 40s Thursday evening and will struggle to get 50 degrees on Friday. In fact, the last day of the work week will feel pretty cold with windy conditions and overcast skies early in the day. But all that will set up some terrific weekend weather.

Lows will dip back into the lower 40s Friday night into Saturday morning, but it should warm up nicely into the upper 50s on Saturday under beautiful sunny skies. A similar day should set up on Sunday, but with slightly warmer temperatures into the upper 60s. If you have plans outdoors this weekend, you planned very well.

For anyone entertaining the notion of going to the Texans game against the Jets on Sunday in New Jersey, you may want to bring a very warm raincoat. Temperatures during the game should hover in the low to mid 40s with a good chance of rainfall and a fairly strong northerly breeze. Sounds like ideal TV weather on your back patio in Houston!
KEEP THE HOUSTON PRESS FREE... Since we started the Houston Press, it has been defined as the free, independent voice of Houston, and we'd like to keep it that way. With local media under siege, it's more important than ever for us to rally support behind funding our local journalism. You can help by participating in our "I Support" program, allowing us to keep offering readers access to our incisive coverage of local news, food and culture with no paywalls.
Make a one-time donation today for as little as $1.