How Many Future Hall of Famers Does Houston Have? 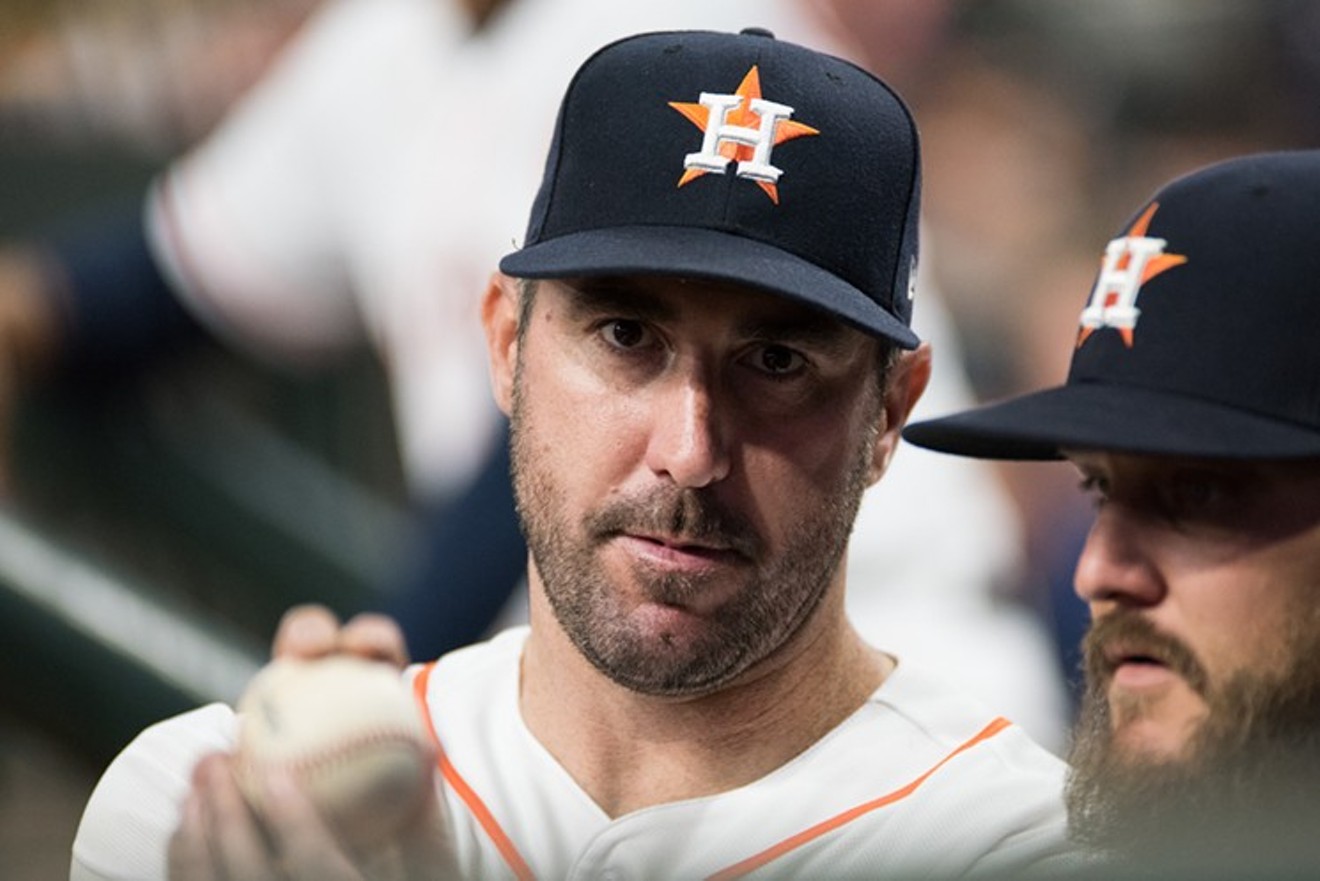 Pretty much a lock on HOF Photo by Jack Gorman
For sports fans in Houston, 2020 has not been an easy calendar year, thus far. The Astros were thumped by the punishment of a cheating scandal that has cast an asterisk-pall over their only world championship. The Texans followed up their unceremonious playoff ouster by trading their best player for a substandard return haul. The Rockets have been a relative bright spot, but even they went into the COVID-19 induced hiatus losing four of five.

Add in the backdrop of a deadly virus sweeping the world and destroying our economy, and it's tough out on these online streets, man! However, we were reminded earlier this week that Houston still has a relatively rich history of successful sports figures when Rudy Tomjanovich was finally named to the Basketball Hall of Fame. Then, we were granted another reminder on Monday that the present ain't THAT bad, as J.J. Watt was named to the NFL's All-Decade team for 2010 through 2019.

So now, let's stay positive here, and go through a counting of the blessings. More specifically, let's go through and count how many future Hall of Famers we will be watching when sports someday return. Here we go....

J.J. WATT, DE, Houston Texans
Three Defensive Player of the Year awards in a four year period from 2012 through 2015 probably clinched it for Watt, before the injuries robbed him of 2.5 seasons the next four years. Getting named to the All-Decade team unanimously earlier this week begins the red carpet into Canton.

JUSTIN VERLANDER, SP, Houston Astros
When I went through this exercise a couple years ago, I had Verlander above 90 percent probability of making the Hall of Fame. Since then, he added another Cy Young Award, a Cy Young runner-up, and another World Series appearance. He is in.

ZACK GREINKE, SP, Houston Astros
Hey guess which pitcher Greinke is most similar to through Age 35! Justin Verlander! The last six seasons, Greinke's run to Cooperstown has picked up serious steam, with five All Star games in the last six seasons. He will be playing in many meaningful games the next two seasons, once baseball comes back, only strengthening his case.

JOSE ALTUVE, 2B, Houston Astros
In his 20's, Altuve laid the groundwork for a Hall of Fame career with three batting crowns, four 200 hit seasons, and plenty of important postseason moments. Now entering his age 30 season, he probably needs five more high-level seasons to be firmly in the conversation for Cooperstown. I'm guessing the sign stealing scandal stink won't stick to Altuve enough to keep him out.
HOF PROBABILITY: 70 percent

DESHAUN WATSON, QB, Houston Texans
Deshaun will have plenty of stats and plenty of Pro Bowl appearances. He needs to begin adding prominent playoff moments to his resume to kick start the Canton conversation down the road.
HOF PROBABILITY: 25 percent

ALEX BREGMAN, 3B, Houston Astros
Bregman is heading into his fourth full season, and is coming off two top five AL MVP finishes, including a runner up to Mike Trout last season. Barring fan backlash in All Star voting, a distinguished possibility, Bregman should be the starting third baseman in the All Star game for the next several seasons.
HOF PROBABILITY: 20 percent

GEORGE SPRINGER, OF, Houston Astros
Springer is in his 30's now, and he'd really need to catch fire over the next seven or eight years, and tack on another World Series MVP (or two) to stick around on the ballot long enough to work his way into the conversation.
HOF PROBABILITY: 10 percent

CARLOS CORREA, SS, Houston Astros
We forget that Correa is only heading into his age 25 season. If he can put injuries behind him and string together four or five seasons with 150 games worth of his 2017 numbers, his case will begin to warm up heading into his 30's.
HOF PROBABILITY: 10 percent