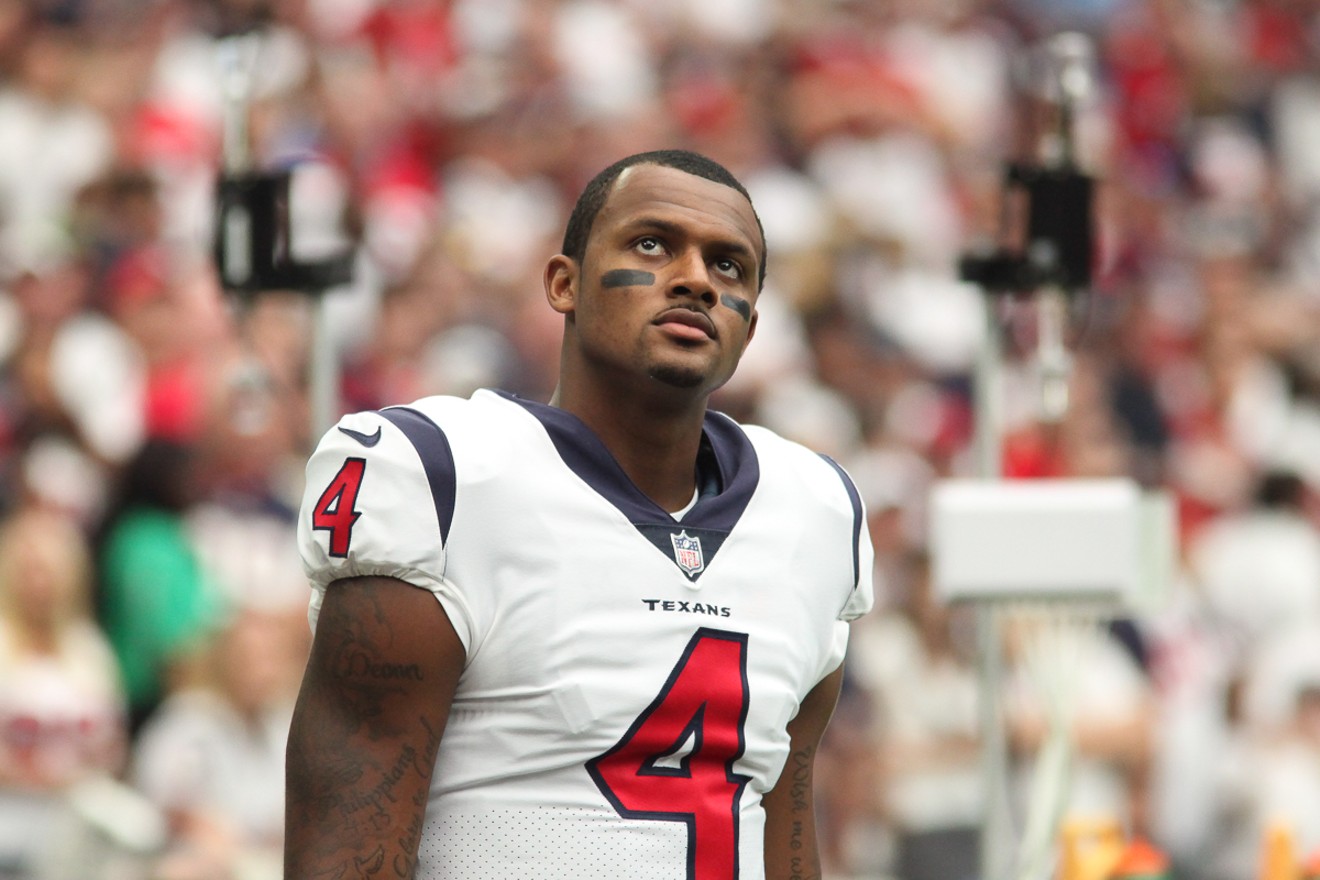 Training camp for Year 4 of the Deshaun Watson Era will begin on time. Photo by Eric Sauseda
It's Monday. There should be REAL Major League Baseball being played in this city by the end of the week. The Rockets will begin scrimmaging in the NBA's Orlando bubble this week, with an eye on July 31 to resume the 2019-2020 regular season. There is light at the end of this COVID-induced sports hiatus tunnel, people!

Along those lines, the last third of the sports trifecta (last fourth of the four pack, if you include soccer in the major sports mix) had their version of a "we are coming back SOON" announcement late last week, as the NFL confirmed that, as of now, their plan is to start training camp on time. Courtesy of Tom Pelissero of the NFL Network:

Training camp is on. pic.twitter.com/lya1JtxW4o


#Chiefs QBs and rookies and #Texans rookies are the first scheduled to report Monday. All other clubs can have rookies report as early as Tuesday, with vets for all 32 clubs due in camp July 28.

Meanwhile, talks between the NFL and NFLPA on protocols continue. https://t.co/2M8bcHzyEC

So, on the surface, this is great news. Literally, as you are reading this, there are Texan rookies either trying to find where NRG Stadium is for the first time, or in the building getting COVID-tested and onboard-ed for their new life as professional football players. Exciting!

However, there are still some significant issues for the players and the owners to work through. J.J. Watt, who's become a very prominent voice for the players' side of things, did a nice job of outlining the major issues in a tweet last Thursday, that he updated on Sunday morning:

Once again in the interest of keeping everyone (players & fans) as informed as possible, here is an updated list of what we as players know and don’t know as the first group gets set to report to training camp tomorrow.#WeWantToPlay pic.twitter.com/xQcjs33zgM

In short, very little has been resolved between the players and owners, when it comes to maximizing the safety of the players, as they are being asked to return to what, in my opinion, is the most dangerous of the major sports, from both a COVID exposure AND actual game play standpoint.

Also, Watt doesn't even mention (and I think, wisely) the fiscal issues that need to be hammered out between the two sides. With no fans in the stands for this season a very real possibility, the league will take a big revenue hit in 2020. The salary cap each season is set according to revenue the prior season. So this big shortfall will need to be accounted for at some point. The owners would like to see it hit over the next couple seasons, while the players would like to see a special accommodation made where it would be spread out over the next SEVERAL years.

We saw how ugly it got between the owners and players in baseball. Might that happen in the NFL? Might that light at the end of the COVID sports tunnel be a figurative oncoming train? This week will tell the story.