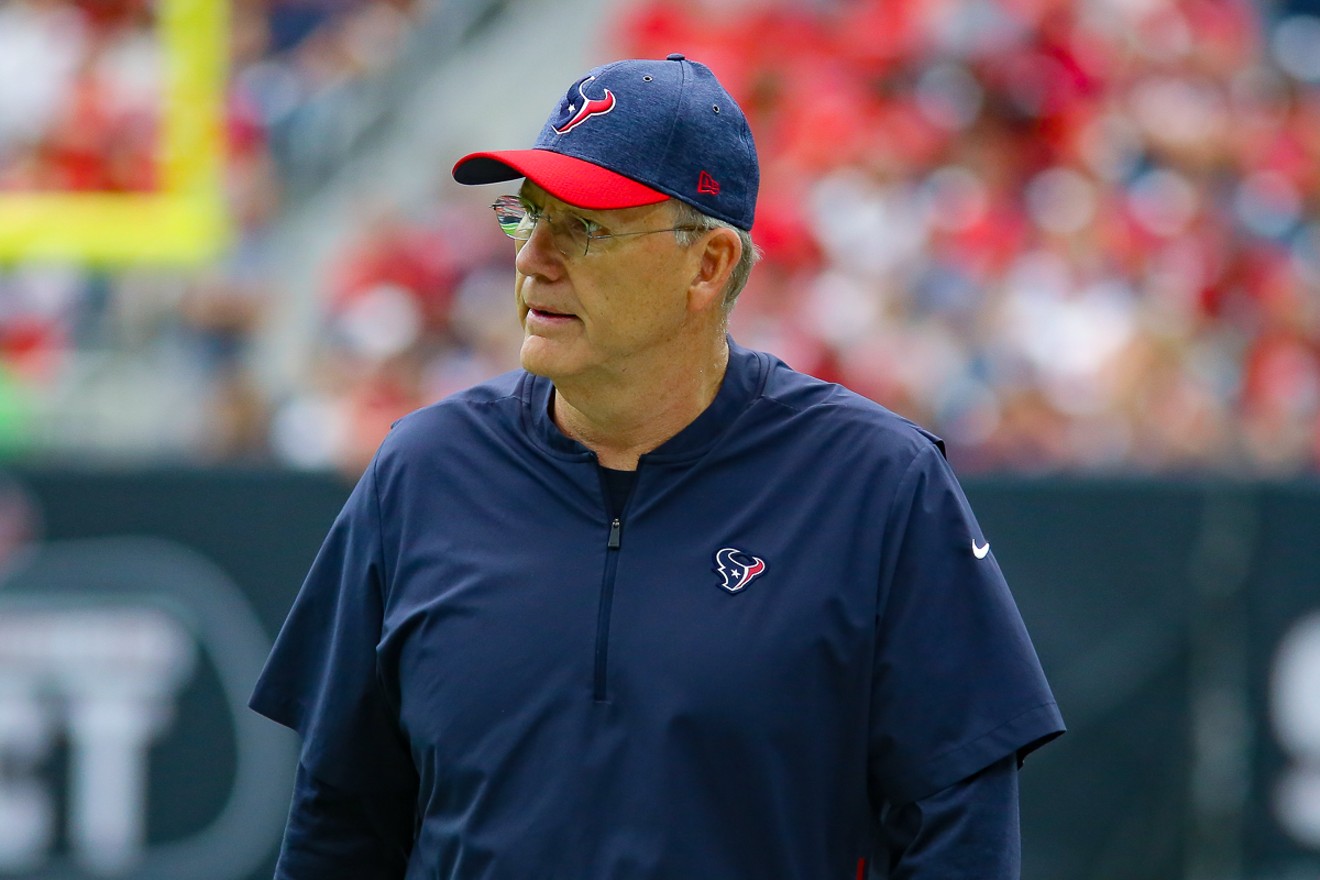 Brad Seely is hanging it up after a long and illustrious career coaching special teams. Photo by Eric Sauseda
Say what you will about the low approval rating of Bill O'Brien's roster moves as general manager this offseason, but the decisions he's made relative to his coaching staff have been largely met with approval or, at the very least, optimistic intrigue. I think most fans are pleased that someone other than O'Brien will be calling plays this fall on offense (what up, Tim Kelly?), and newly promoted defensive coordinator Anthony Weaver has the feel of a rising star in the coaching business.

After Friday, though, the one side of the ball that appeared to be the constant where O'Brien could truly just delegate and let it run itself, special teams, now has been turned on its head with this announcement from the team late last week:


Special Teams Coordinator Brad Seely has retired after 31 seasons as an NFL coach.

“I’ve been incredibly fortunate to spend over 30 years in the NFL coaching the game I love,” said Seely in a statement. “I want to thank each and every coach, player and staff member I worked with from when I entered the league in 1989 until now. I’ve been blessed to be a part of some of the best organizations in professional sports and I will forever cherish the friendships and memories I’ve made around the league.”

And to nobody's surprise, O'Brien had nothing but great things to say about his longtime coaching colleague on the day of Seely's retirement:

“Brad Seely is one of the best special teams coaches in NFL history and his contributions to the game have been unparalleled,” said Texans Head Coach and General Manager Bill O’Brien. “I first met Brad when we were both assistant coaches in New England and immediately recognized his ability to connect with his players and teach them about the game in his own unique way. Brad has won at every stop in his 30-year career and his résumé of three Super Bowl victories and five conference championship appearances speaks for itself. It was an honor and privilege to coach alongside Brad and I will always consider him a friend. On behalf of the entire Texans organization, we wish him and his family the best in his retirement.”


Seely walks away from the game at the age of 63 after an NFL odyssey that saw him win three Super Bowl rings with the Patriots (2001, 2003, 2004) and coach, largely in a special teams coach capacity, for 31 seasons, the last two here in Houston overseeing vastly improved special teams units.

To that point, make no mistake, the Houston Texans will miss Brad Seely. How much? Well, consider this — here are the Texans' special teams rankings, according to the Football Outsiders' DVOA metric for overall efficiency, for the four O'Brien-head-coached seasons before Seely's arrival:

And here are the Texans' rankings under Seely in his two seasons here:

That drastic swing in the quantitative rankings backs up the eye test. The Texans' just looked far more sound and disciplined on special teams with Seely coaching them than they did under the veteran coach's predecessors. In 2019, you could argue that special teams were the difference between the Texans winning and losing the division, or even clinching a playoff spot, considering the team went 10-6 with an overall negative point differential on the season.

The respect in O'Brien's quote above was reflected during Seely's two seasons here, as it was quite clear that management put a much sharper focus on having players whose core competency is special teams on the roster. Think of names like Johnson Bademosi in 2018, A.J. Moore, Peter Kalambayi and Buddy Howell the last couple seasons, and the signing of Michael Thomas in the last few weeks. These are all players (and there are a handful more) who play almost exclusively on special teams. I'm guessing the philosophy of having some guys like this, along with Seely's arrival in 2018, are not a coincidence.

So coaches are now allowed back in the building, according to NFL rules. When O'Brien convenes his staff in person for the first time since the start of the pandemic, he will have one big hole to fill. This is a crucial hire for O'Brien and the Texans.