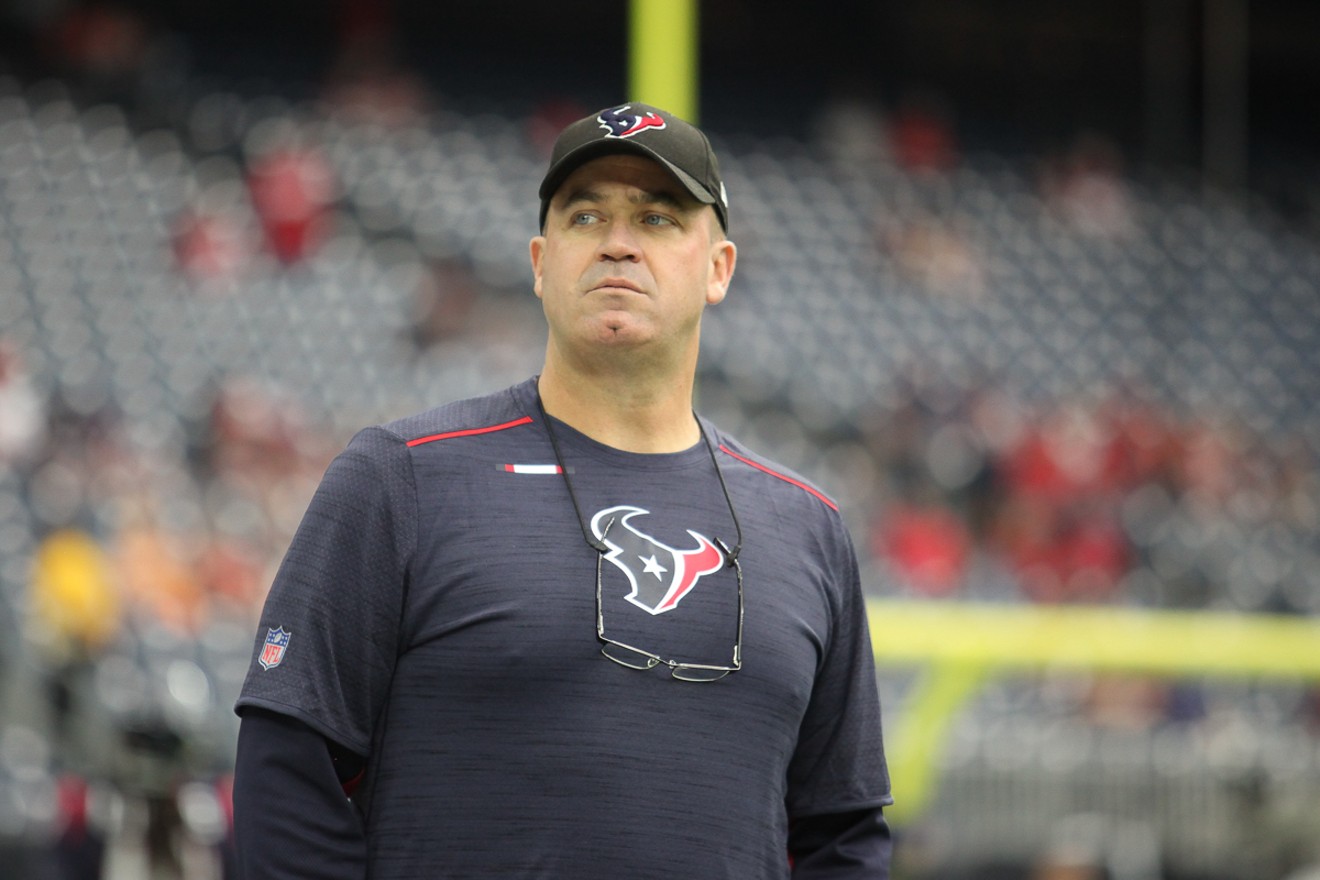 Bill O'Brien is among the notable list of local sports figures donating to help the family of writer Pat Starr after he was hurt and his father was killed in a car accident. Photo by Eric Sauseda
Pat Starr, a popular local sports writer covering the Texans through his blog State of the Texans, remains in intensive care after a car accident two weeks ago that tragically took the life of his father, Emilio Colon. The GoFundMe page for his father's memorial, which also is contributing to Starr's recovery, has raised more than $13,000 as of writing this and some of the names on the donor list will be familiar to Houston sports fans.

At the top of the list is Texans Coach Bill O'Brien, members of the PR staff of the team and O'Brien's wife, Colleen. Other notables on the donation list including Texans long snapper Jon Weeks, former Texan and sports radio host Seth Payne, and numerous other members of the sports media community and Texans family.

Starr, a regular at Texans training camp and games throughout the season, is often interviewed about the team on sports radio as well. He has developed a reputation as a savvy insider who is prolific on social media. His insights about the team are widely respected and he has grown into a full fledged media member from blogger status.

According to the last update to the GoFundMe page, Starr survived with no damage to any vital organs, but he has a number of broken bones and will require a long recovery. With any luck, like any Texans player hurt in the offseason, he'll be ready for training camp come August.