Ranking the Rockets Five Worst Losses of the Season 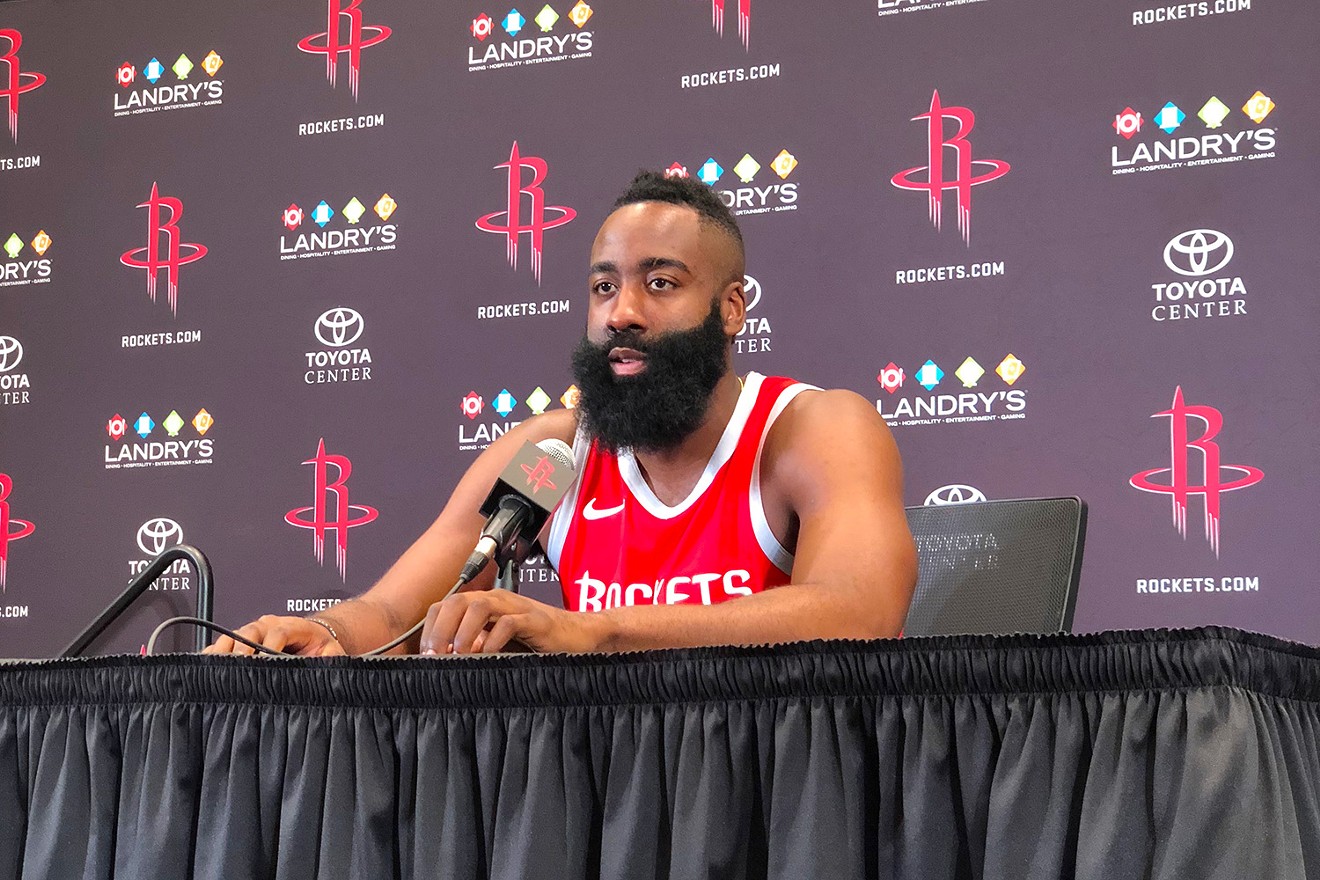 Even with James Harden, the Rockets have had some serious clunker losses this season including Tuesday night. Photo by Jeff Balke

On Tuesday night, the Rockets did the nearly unthinkable. They lost at home to a New Orleans team beset by injury and just days after their best player, Anthony Davis, demanded a trade. As one person pointed out on Twitter, a Pelicans team with Jrue Holiday and a group of guys they found at the local YMCA were on the floor most of the night.

Unfortunately, there have been too many really shocking losses for the Rockets this season. After winning a franchise record 65 games last season, they are struggling to eclipse 50 this year in a very difficult Western Conference. As such, they can't really afford losses like the one on Tuesday night. Here are the five worst so far.

Call this the end of the Carmelo Anthony experiment. Anthony went 1-11 including 0-6 from three as the Rockets had their worst shooting night of the season. Scoring 80 in the modern NBA is like scoring 30 for a game in college. It's embarrassing and gross and every other adjective you can muster. It was also in the middle of one of the most brutal stretches of the season, enough for the Rockets to realize Melo was clearly not the answer.

It always sucks to lose to Dallas, but this was the third game of a rough road trip where the Rockets had already lost to Minnesota and Utah (before they decided to get good). They were absolutely torched by Luka Doncic and had no answer down the stretch for the feisty Mavs. It was so bad, the Rockets decided maybe they might want to change things and proceeded to win 11 of their next 12 to save their season, which was rapidly circling the drain.

Yes, there was ANOTHER game against NOLA that qualifies for this list. It isn't like the Pelicans are a poor matchup for the Rockets. In this case, they just were not ready to play at all in the opening night of the season at Toyota Center. That continued as they lost four of their first five games. To understand just how much the team has changed, in this game, James Ennis started, James Harden had 18 points, Anthony shot 3-10 in 27 minutes off the bench and Michael Carter-Williams played 17 minutes. It's no wonder they lost.

There are few things worse than losing to one of if not the worst team in the NBA as the Rockets did just before Thanksgiving in Cleveland. And it wasn't really even close. Rookie Collin Sexton went off for 29 points and just scorched the Rockets right off the floor.

This was a brutal loss for many reasons. In addition to playing virtually no defense and playing against a team of second- if not third-tier players, the Rockets coughed up a 15-point lead and barely seemed to notice. This wasn't just a case of poor shooting. This was not showing up and not being ready to give the energy needed to beat what amounted to a rec league team.
KEEP THE HOUSTON PRESS FREE... Since we started the Houston Press, it has been defined as the free, independent voice of Houston, and we'd like to keep it that way. With local media under siege, it's more important than ever for us to rally support behind funding our local journalism. You can help by participating in our "I Support" program, allowing us to keep offering readers access to our incisive coverage of local news, food and culture with no paywalls.
Make a one-time donation today for as little as $1.