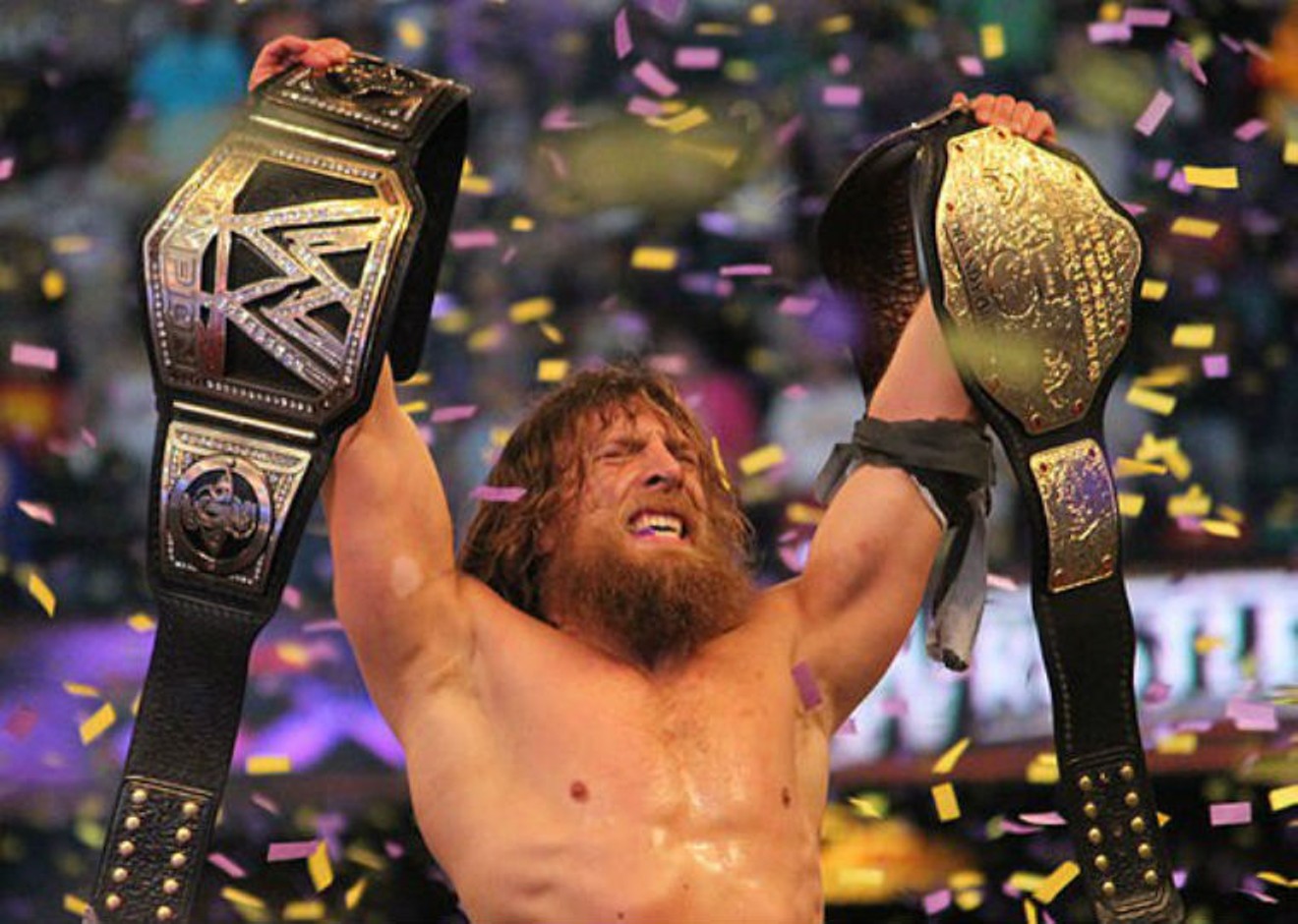 Daniel Bryan, pre-retirement, at his peak during Wrestlemania 30. Photo by Megan Elice Meadows
Last week’s episode of WWE Smackdown ended with brand General Manager Daniel Bryan taking a powerbomb from Kevin Owens on the apron on the ring. This is a particularly brutal maneuver for those watching, as fans have been told time and time again that the apron is the hardest part of the ring with the least amount of . In terms of the story the WWE was trying to tell, it was a move that was supposed to the fans, an example of a heel going too far to hurt a beloved babyface. With only two Smackdowns left until Wrestlemania, in theory, it was a pretty solid way to build heat on a match that hasn’t been announced yet.

That was the plan, at least, but for most people watching in the arena and at home it was less a moment for anger and more a moment of relief mixed with a tinge of horror. Two hours before Bryan took that powerbomb, he opened the show by announcing that two years after he was forced into retirement by the WWE he had been cleared to compete once again. To say that this is a big deal in the wrestling world is an understatement of the highest magnitude; at the time of his retirement Bryan was one of the three most popular wrestlers in the company, and at age 34 should have had at least another half decade of matches ahead of him.

It was concussions that drove the WWE to remove Bryan from active competition. Having wrestled for a decade and a half, his body had seen its share of damage, but it was the concussion-related issues that he was dealing with that worried the company that set the stage for both Bryan’s retirement and the subsequent fight to get the WWE to change their mind and let him compete again.

What you have to understand is that Daniel Bryan was always going to wrestle again, amazing retirement segment or not. He traveled the country and says that numerous experts said that his brain was fine and that they thought he was fine to compete. The WWE saw things otherwise, but they couldn’t sit on his contract forever. Bryan always knew that later this year his WWE contract would expire, and as a free there would be nothing to stop him from returning to the ring, be it down in Mexico, across the Pacific in Japan or in any number of independent wrestling companies here in the States. At the end of the day, the WWE had to decide if they were going to let one of the most beloved figures in modern wrestling walk away or not.

It was with relief, tinged with a bit of horror I remind you, then that the world watched Bryan take that powerbomb on because that moment signaled that the comeback was real. Daniel Bryan was really going to step in a ring again, not as an authority figure with a microphone, but as an honest to god WWE superstar. It’s just not the type of move they would have let someone take if they believed his health was really in that poor shape.

At Wrestlemania, Daniel Bryan returns to the scene of his greatest triumph, the Superdome in New Orleans, where he won the WWE World Heavyweight Championship in the main event. It’s something that a few months ago didn’t seem likely at all. And it’s something that, if I’m being honest, I do have mixed emotions about.

Daniel Bryan is a grown man who can make whatever decisions he wants about what he does with his body. His return to the ring is a feel-good story for sure and I’m definitely happy for him; his promo announcing his return moved me in a way that wrestling storylines rarely do. But I also don’t want him around and set himself up for long-term health troubles. Even though I always knew it was coming, I still hadn’t reconciled “Daniel Bryan is in no shape to wrestle” with “Daniel Bryan is totally wrestling.”

Even though he likely won’t be working a full schedule, I wonder how long it will be before I can watch him compete without cringing when he takes a big bump, or jumps off the ropes, or gets dumped on his head. What know is that I’ll be watching, because how can I not? Daniel Bryan is back, and I can’t miss that, no matter how much it worries me.