The Houston Press Moves to New Digs, From Downtown to Midtown

The Houston Press is moving offices this weekend. We've been located at 1621 Milam Suite #100 for the past 15 years and a lot has certainly changed. Moving from the Galleria area off of the West Loop to Downtown was a pretty big deal in 1998. Downtown Houston was just beginning its rebirth, long before the light rail, before Midtown was considered Midtown and when Metro buses still operated up and down Main Street.

Built in 1927, the Houston Press building was originally the home of Shelor Motor Company and later Gillman Pontiac in the 1960s. The historic building itself hasn't changed much. Its signature 50 x 240 foot mural that wraps around two sides of the building was painted by artist Suzanne Sellers in 1994. The trompe l'oeil mural can be seen from Milam, Leeland and Travis Streets.

Story continues on next page. 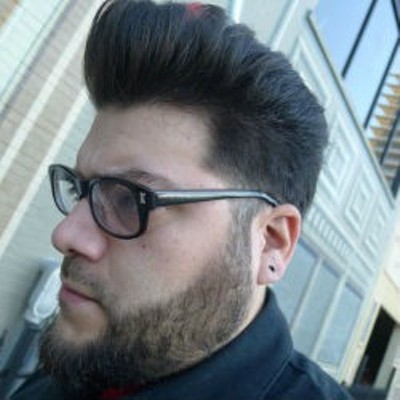 Abrahán Garza is a native Houstonian and long-time Morrissey devotee. He spins and collects vinyl and has been with the Houston Press since 1999. Abrahán is pronounced AH-BRAN en Español.
Contact: Abrahán Garza