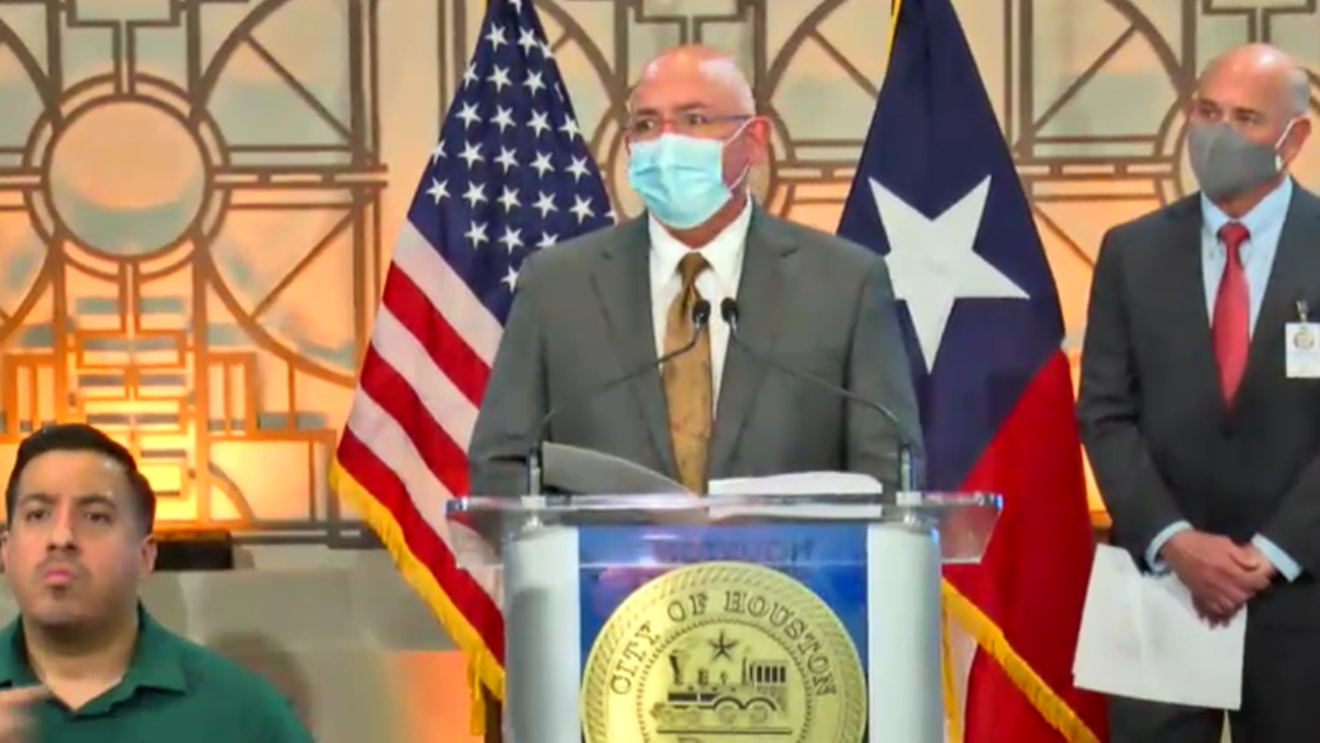 “It will be the world’s first free-flying, internationally available private space station that will serve as humanity’s central hub for research, manufacturing, and commerce in low-Earth orbit,” Turner proclaimed, before declaring that the project will eventually bring over 1,000 high-skilled jobs to the Houston area.

Axiom Space President and CEO Michael Suffredini seems uniquely suited to helm such an audacious project — after all, his last gig was with NASA as the International Space Station’s program manager.

“I can’t think of a better way to close out an unprecedented year for all of us than to be here to talk about the future of space, and that it starts here in Houston,” Suffredini said.

“Axiom Space was founded with a vision of a thriving home in space and benefits every human everywhere,” he continued. “We often hear that that is a very bold statement, [a] bold vision, and in fact, it is, because we believe that humanity’s next great achievement will be in space.”

Suffredini’s company will build its new 14-acre headquarters and manufacturing facility down by the Johnson Space Center in Clear Lake at the Houston Spaceport, the nascent project based at Ellington Airport which the city hopes will eventually become a hub for high-tech space companies in the years ahead.

Back in January, NASA gave Axiom Space its stamp of approval to be the first private company to develop a commercial space station that will initially connect to the ISS. As the Axiom station is built out one module at a time, the goal is for it to be completely operational and self-sustaining by 2028, which is around the time the ISS is expected to be put out to pasture after nearly three decades in orbit.

“Our intention is to build a station that launches the first module in late 2024,” Suffredini explained. “We’ll add three modules after that between now and the end of ISS’s life on orbit. When it's determined that it’s time to retire the International Space Station, we will separate from the International Space Station and carry on the research and manufacturing that was going on.”

“At that point,” he continued, “ISS will be retired, and we will become the only presence in space as a commercial provider in low-Earth orbit.”

Houston Airport System’s Executive Director Mario Diaz, whose city agency manages Houston’s three airports and the spaceport, said it’s too early to put a price tag on the new Axiom HQ since it’s still in the early planning phases. Turner said that City Council will discuss the matter in its next meeting, and touted the project as a source of future inspiration and hometown pride for local youngsters.

“I want Houstonians, especially our youngest, to know that these opportunities will impact generations to come,” Turner said. “And in just a few years, when the Axiom station is in Earth’s low-orbit, you will be able to look up and know that a space station, built in Houston, by Houston professionals, is circling the Earth.”

A few minutes later, Suffredini poured just a splash of cold water on Turner’s lovely portrait of a space station that Houston can take 100 percent of the credit for by explaining one key detail: where’s this thing going to be launched into space from?

“We can launch on a variety of vehicles, but we envision them launching from Florida,” Suffredini said.
KEEP THE HOUSTON PRESS FREE... Since we started the Houston Press, it has been defined as the free, independent voice of Houston, and we'd like to keep it that way. With local media under siege, it's more important than ever for us to rally support behind funding our local journalism. You can help by participating in our "I Support" program, allowing us to keep offering readers access to our incisive coverage of local news, food and culture with no paywalls.
Make a one-time donation today for as little as $1.