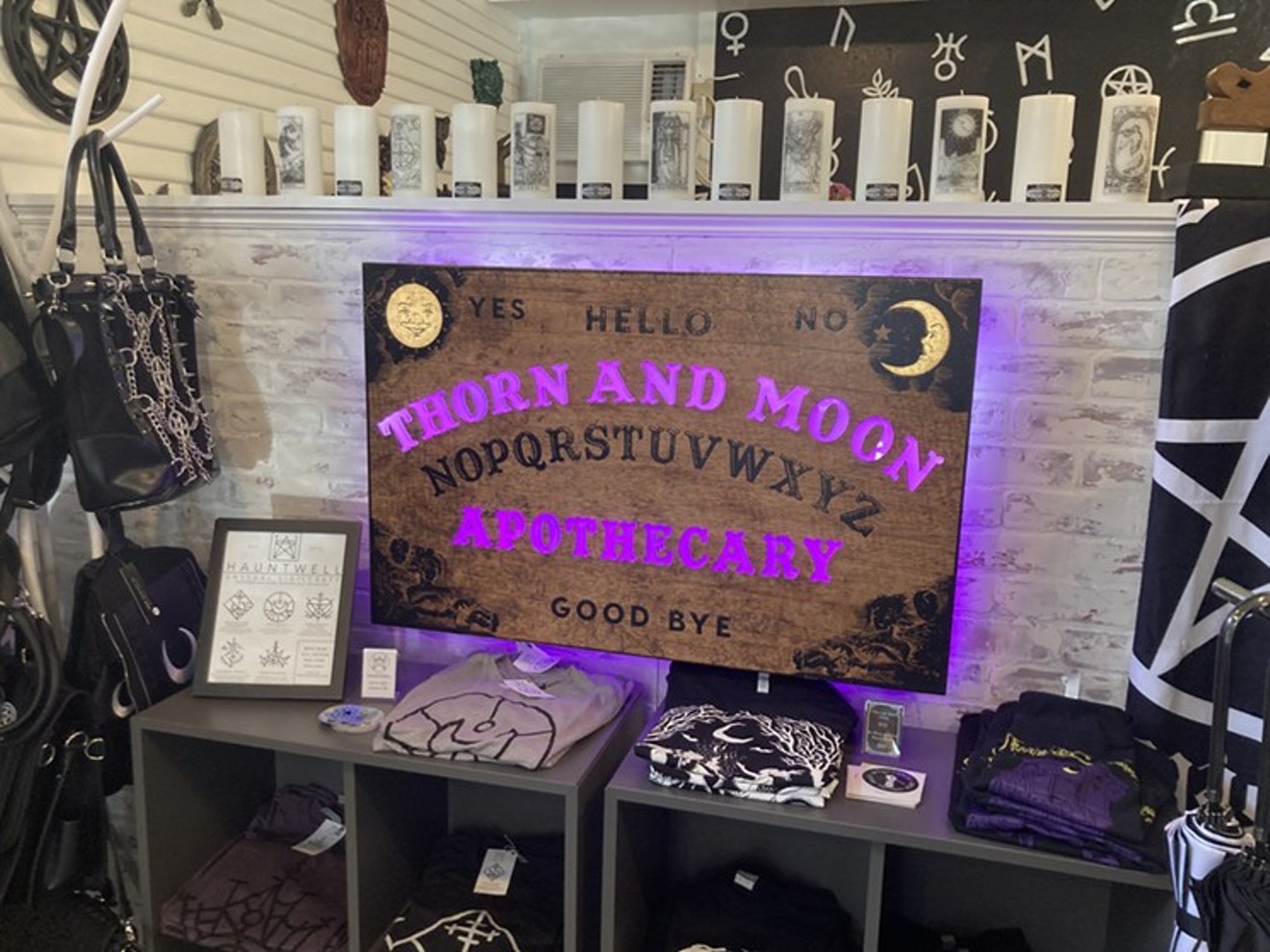 Inside Thorn & Moon Photo by Jef Rouner
Most of us are familiar with the classic online grifts such as the Nigerian Prince and email from “Ammazon” about a gift card you’ve won, but the latest scam is apparently impersonating occult and magick shops on TikTok to bilk people out of money for fake tarot readings. That’s what’s been happening in Houston lately to Thorn & Moon Apothecary.

Yeah, that looks legit
Screenshot by Jef Rouner
My wife was one of the people targeted. She had recently picked up tarot reading again, and we’ve known Anderson for years, so it seemed somewhat plausible that Thorn and Moon might have reached out to her to offer some guidance. We figured out pretty soon that something was off, though.

“It is always some strangely worded proposition like, ‘Grand Rising, my beloved, I was drawn to you for some reason, and feel like you are in need of a reading or healing,’” she says. “Or something along those lines. To try to get you to send them money. They are very pushy too. I have always reported and blocked these accounts in the past and notified the real account.”

The tips for avoiding these scams are the same as lot of online grifts. Pay very close attention to account names to make sure they are properly spelled and match the official page you follow. Also remember that most reputable businesses do not message people out of the blue and badger them into sending money. In general, never send money to people on the internet who contact you first unless you can verify who they are.

The problem has grown with Thorn & Moon’s reputation. Anderson’s following has increased thanks to her regular hosting of magical markets in the city, and she is launching a massive Carnivale Spooktacular event in downtown this Halloween season. That name recognition is what drives grifters to copy.

“They usually target those in the magickal community with a strong social media presence, and what they do is copy the Instagram profile photo, bio info, and the first 30-40 photos in your posts, and create a new account that duplicates yours,” says Anderson. “You can tell it’s fake because A. They don’t have many followers yet B. All of their photos are posted all on the same day and C. There are usually no captions on the photos.”

So, if it seems weird that one of the most notable occult providers in the city is bothering you randomly on TikTok, it’s a scam. Good luck out there.
KEEP THE HOUSTON PRESS FREE... Since we started the Houston Press, it has been defined as the free, independent voice of Houston, and we'd like to keep it that way. With local media under siege, it's more important than ever for us to rally support behind funding our local journalism. You can help by participating in our "I Support" program, allowing us to keep offering readers access to our incisive coverage of local news, food and culture with no paywalls.
Make a one-time donation today for as little as $1.