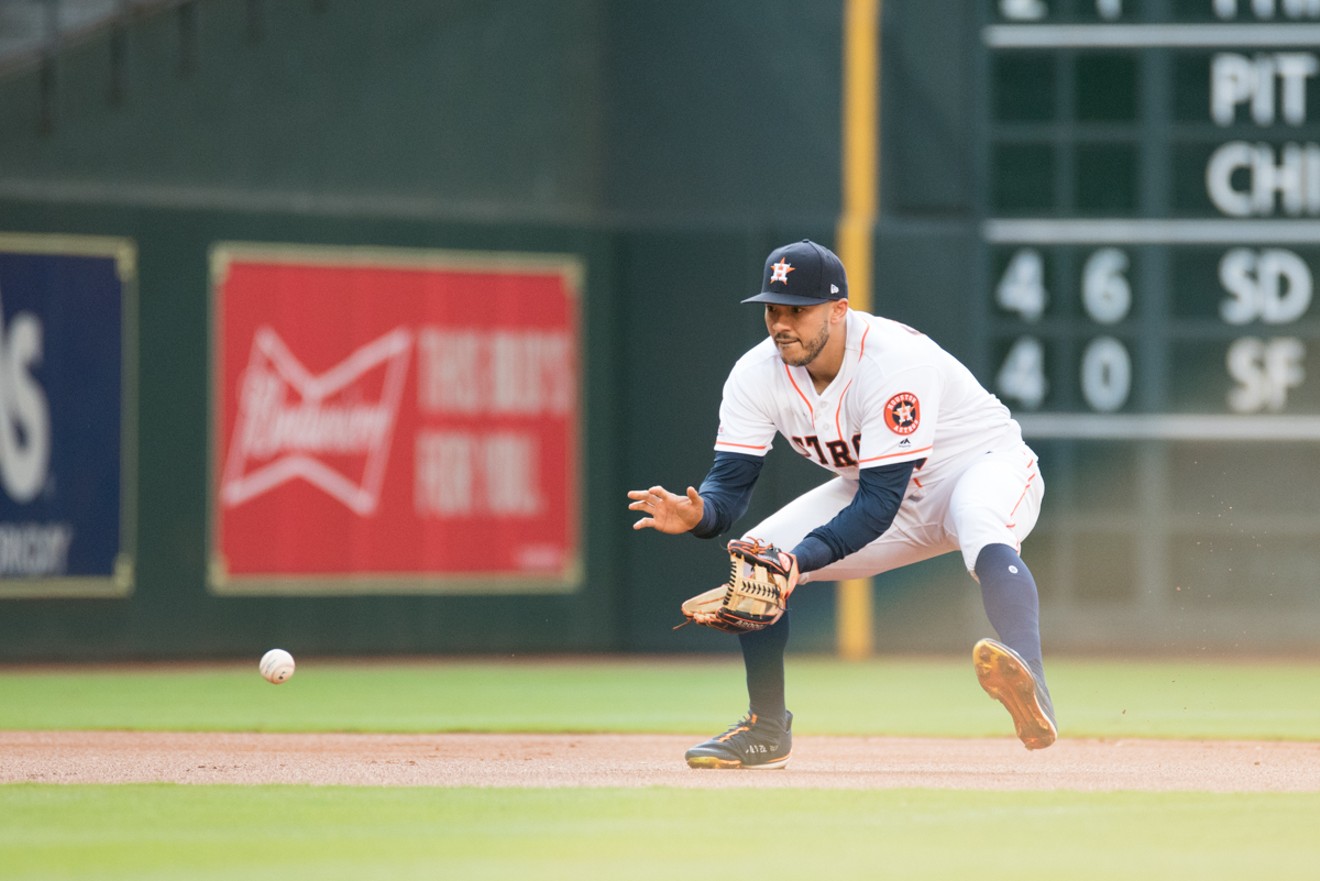 Carlos Correa has been absolutely outstanding at short in the World Series. Photo by Jack Gorman
After three straight wins in Washington D.C., the Astros and Nationals return to Houston where the Astros have yet to win in the World Series. Game 6 pairs two of the staff aces with Justin Verlander taking the mound for the home team and perhaps the best pitcher this postseason in Stephen Strasburg going for the Nats.

With two chances to win one game, the Astros are hoping they won't have to worry about a one-game-winner-take-all finale on Wednesday. But, to do so and capture their second championship in three years, they will need to be prepared for a Nationals team with their backs to the wall. Here are three keys to Game 6.

Stephen Strasburg has been one of, if not the best starting pitcher in the postseason. The Astros managed to get to him for two runs in Game 2 while Justin Verlander was touched for four before the flood gates opened and the 'Stros were blown out. Strasburg through 114 pitches over seven innings. If the Astros are able to make him work like that and perhaps even tack on an extra run, they have an excellent chance.

As good as Strasburg has been, the Nats bullpen has not been great and this will be the third or even fourth time through some of these pitchers for the Astros bats. After seeing a pitcher three times or more, the Astros tend to do pretty well against them, but they've got to get Strasburg off the mound first.

Play mistake-free baseball in the field.

Not much has been mentioned of the absolutely fantastic defense being played by the Astros in the World Series. From a pair of Yuli Gurriel diving outs at first to the continued brilliance of Carlos Correa at shortstop or all of the magical plays in the outfield, this is a team loaded with Gold Glove candidates and they have shown it. They will need to put another great defensive game together in Game 6 if they want to close this thing out.

Keeping hits on the infield or limiting them to singles is critical given the firepower in the heart of their lineup. And turning double plays to keep pitchers out of trouble remains crucial. This should be a no-error game if the Astros want to finish off the Nationals.

Avoid big hits from the middle of the Nationals order.

One through nine, the Astros are clearly the better team in this series, but the dynamic power of the Nationals' middle of the lineup including Anthony Rendon and Juan Soto makes them incredibly dangerous. In D.C., Astros pitching was able to hold down the meat of the Nats order by refusing to surrender decent pitches. In Game 5 when Gerrit Cole would throw a pitch over the middle of the plate, even if nothing came of it, he would wince. It is clear they want to avoid giving Nats hitters anything to barrel up.

When the middle of their order is limited, the Nationals struggle to score runs. The Astros can score from virtually any spot, but Washington relies heavily on three through five to carry the bulk of their load. Get around those guys, which isn't easy, and they can be held mostly in check.
KEEP THE HOUSTON PRESS FREE... Since we started the Houston Press, it has been defined as the free, independent voice of Houston, and we'd like to keep it that way. With local media under siege, it's more important than ever for us to rally support behind funding our local journalism. You can help by participating in our "I Support" program, allowing us to keep offering readers access to our incisive coverage of local news, food and culture with no paywalls.
Make a one-time donation today for as little as $1.