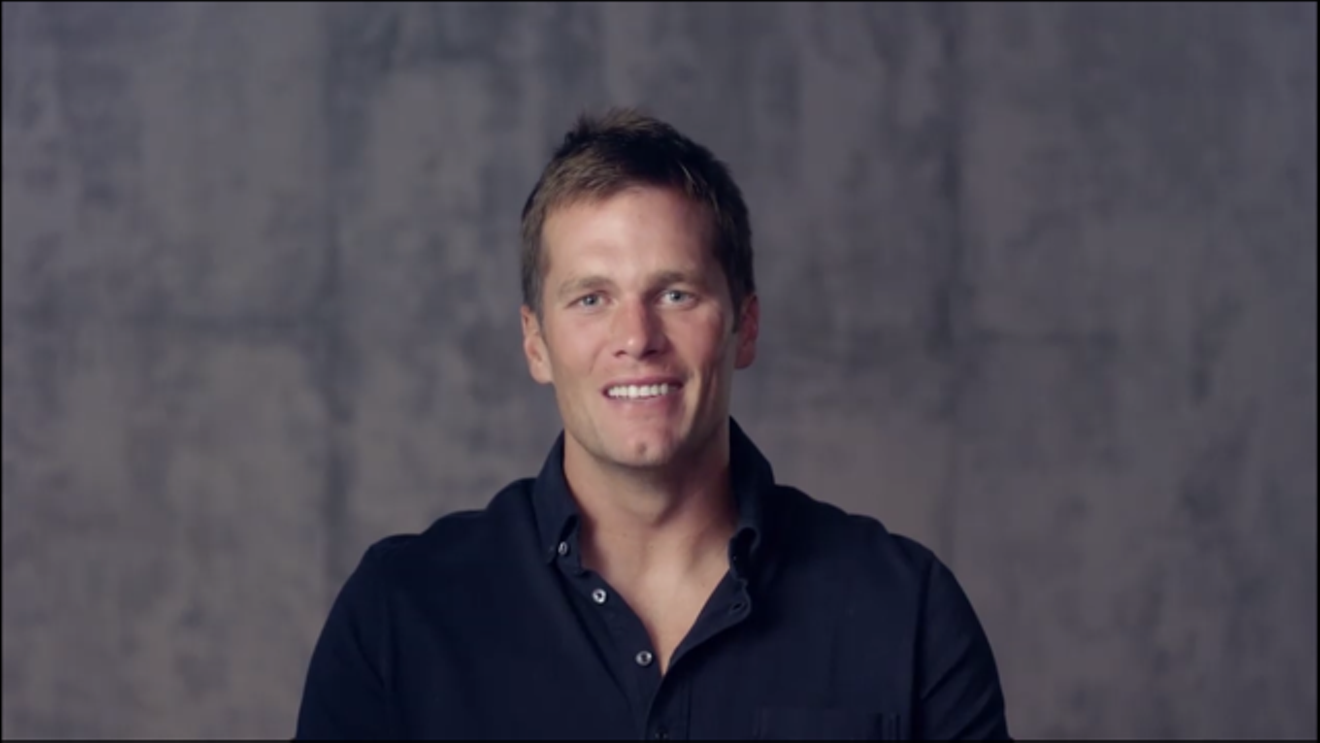 Tom Brady's documentary gives us a peek into his maniacal training regimen. Screen grab from Facebook
I arrived late Sunday afternoon in Minneapolis, and aside from roughly 90 percent of the media members dealing with some degree of system-shock because of the sub-freezing temperatures during the day (and sub-zero temps at night), the biggest storyline so far this week has been the world's reaction to Tom Brady's reaction to a Boston media member's reaction to Brady's Facebook documentary called Tom vs. Time.

Yes, there is a LOT of reacting going on.

So that you have the complete story, the media member's name is Alex Reimer, a nighttime host at Boston sports radio Goliath WEEI. Reimer and his cohost were opining on Brady's documentary and the very first thing Reimer chose to mention was "Brady's pissant daughter," his words, acting rambunctiously (in Reimer's opinion) during the opening moments of the film.

To be clear now, Brady's daughter is FIVE YEARS OLD, and as someone who's raised three kids who were all five years old within 16 months of each other (twins and a third kid, in case you're wondering), my opinion is that Brady's daughter was just, you know.... BEING A FIVE YEAR OLD. You can judge for yourself in just a moment, but here are Reimer's comments:


So Brady got wind of Reimer's comments, and on Monday, he was doing his weekly hit on WEEI's morning show "Kirk and Callahan," when he abruptly decided to reevaluate his relationship with the station. Here is that audio....


Reimer has been indefinitely suspended by the station, and it's worth noting that WEEI and the Patriots had recently inked a deal for the station to distribute exclusive content, including weekly hits with Brady and Patriots head coach Bill Belichick. It's hard to put into words what a giant coup a deal like that is for a station in a hyper-competitive sports radio market like Boston. If Reimer's comments have jeopardized that relationship, then the suspension just might become permanent, considering the likely dollars attached to such a deal. Also worth noting, though, Brady has since come out and said he doesn't think Reimer should be fired.

So this is what qualifies for drama this Super Bowl season — freezing cold media members and name calling toward Tom Brady's kindergarten aged daughter — and since I can't bring you the cold, Houston, I can at least share and analyze the first episode of Brady's documentary, which is actually a pretty fascinating 15 minute window into his legendary workout regiment.


Now, without further ado, here are six things we learned from Episode One of Tom vs Time:

1. His daughter? Definitely, NOT a "pissant"
First of all, the dictionary defines "pissant" as "an "insignificant, contemptible person or thing," which is obviously untrue. Brady's daughter is essentially a very cute five year old who, in the 12 seconds she appears in the episode, is seeking some innocent attention from her father (who happens to work, like, 15 hours a day at being the best football player ever). I actually wonder if Reimer knew the dictionary-definition of the word he was saying. I'll be honest, I didn't know the insult stretched into the realm of "contemptible." The moral of the story, kids, is KNOW YOUR WORDS.

2. Tom Brady is a certifiable maniac
It starts with the prologue to the episode which ends with Brady saying that, if you're going to beat him, “you better be willing to give up your life,” because he's essentially given up his to be the best football player he can be. Then, we get a trip into one of what is probably seven offices or studies in his mansion, and he goes into his files where he keeps mementos, apparently organized by year. Brady pulls out the letter informing him of his four game suspension from Deflate-gate in 2016, and at that point, I started wondering where he keeps his kill list and just how high Roger Goodell's name is on the list. Finally, the film shows one of his training sessions, where he has training partners hit him with gigantic heavy gloves while he's doing push ups or attempting throwing motions. It's really strange because these are hardcore, near violent workouts all taking place in front of the backdrop of a Massachusetts castle of a home. It's like Clubber Lang meets Ricky Schroeder from Silver Spoons.

3. We get to watch Brady's combine video from the year 2000
And if you hadn't seen this before, you truly get a taste as to how unremarkable Tom Brady was coming out of Michigan in 2000. Seriously, did they even lift weights at Michigan? What the hell. In case you don't have time for the whole episode of the documentary, here is Brady's combine workout....

4. Brady feels like his trainer Alex Guerrero is his savior
We've heard the stories about how divisive a force Guerrero has been over the last few years behind the scenes, as the Patriots gave him more and more access, but this documentary informs us as to why Brady worships so vigorously at the altar of Guerrero. Brady was introduced to him around 2005, when the quarterback was suffering multiple nagging injuries, including an AC joint that was particularly burdensome. Guerrero began treating Brady's muscles in an entirely new way, and as Brady has gotten older and seemingly better with age, Guerrero has become inextricably attached to the future Hall of Famer.

5. Brady drinks gallons and gallons of vitamin water
Whether it's between sets of a workout or over a nice bowl of kale, Brady is always drinking some version of vitamin water, and I am basically mentioning this solely to share this story — a buddy of mine works very closely with Brady on some outside of football endeavors, and one day, they were together at my friend's office having a short business meeting. My buddy goes and buys a Diet Coke and opens it in front of Brady, prompting the quarterback to say "Man, you're gonna put that motor oil in your body?" Ladies and gentlemen, Tom Brady, soft drink shamer!

6. Gisele is as "ride or die" as a spouse gets
The episode ends with Brady and his wife, Gisele, driving home after the season opening loss to the Chiefs, and as they pull in the driveway, Gisele is giving her take on Brady adjusting to some new teammates "You just don't know each other yet, it's like building a relationship. It takes time. It's gonna be awesome, I know it."