“The [reapplication requirements] seem very much like a fundraising aspect for the government, because the government's going to make a whole lot of money off of international students just doing a regular degree,” Baker said.

The Department of Homeland Security’s proposed changes would allow students, exchange visitors and foreign media admission into the United States for a maximum of four years – in some cases, two years – requiring students to reapply for a visa extension after expiration. The announcement on Friday marked the beginning of a 30-day public comment period before the final rule is established.

While a bachelor’s degree typically takes around four years to complete, many students take extra semesters to finish classwork. Doctoral programs, on the other hand, take an average of six years to complete.

Even bachelor’s degree students who are able to receive four year visa admission may have to reapply for a visa if they take time off. According to Yeji Chun, a student from South Korea, it’s common for students to take semesters off to work, study for graduate entry exams, or complete military requirements. In South Korea, male students are required to perform military service, and often take two years off from their undergraduate programs to do so before coming back to finish their degrees.

Baker, who is also the executive director of Rice’s Office of International Students and Scholars, said the office will have to take on a significant increase in work to stay on top of documentation and help students file for visa extensions.

Under the proposal, students from countries designated as state sponsors of terrorism or countries with higher visa overstay rates would have to reapply for a visa extension after two years. Students from more than 40 countries that have over 10 percent visa overstay rates, mostly in Africa and Asia, could have to go through the application process and pay for the fees three or more times to complete a degree program.

The American Council of Education, which includes the University of Houston, expressed concern that these new regulations would create an opportunity to discriminate against students from certain countries.

“I see openings in this document, if you wanted to discriminate against students and not renew their visas, where you could certainly do that,” Brad Farnsworth, vice president of global engagement said. While China is not on the list of countries with high visa overstay rates, Farnsworth cited the deteriorating relationship between the United States and China as a concern for Chinese students, who make up roughly a third of the international student population.

In a statement to the Houston Press, the University of Houston said they stand behind the statements put out by the ACE, the Association of Public and Land-grant Universities, and NAFSA, a nonprofit organization for international education professionals. The statement also affirms that the university plans to reach out to local elected leaders about their concerns.

According to Baker, the percentage dipped slightly below 25 percent this semester despite admitting a record number of international students because so many students were unable to secure visas due to United States consulates being closed.

A University of Houston junior from Venezuela, who asked us not to use her name, said that currently, immigration processes are taking twice as long as usual.

“In Venezuela right now, it’s very hard for us to even get a passport,” she said. “I would hate to be in the position of [having] to stop my education because my visa expired and I’m not even done.”

If the proposal goes into effect, the DHS will also decrease the departure preparation period from 60 days to 30 days and add biometric data collection requirements, such as fingerprints, photographs and signatures.

Andrei Mitrofan, a Rice sophomore from Romania, said that these additional proposed changes can have a significant effect on the United State's attractiveness to international applicants. Even under the current visa rules, international students who want to work in the United States after graduation face pressure to find employment and visa sponsorship before their visas expire, Mitrofan said.

“But I think with the new regulations, it will just create even more uncertainty for international students, because even decreasing the deportation period to 30 days from 60 days can just add on a lot of stress regarding finding a job or finding employment while you’re still an undergraduate student,” Mitrofan said.

Baker said Rice will be working during the comment period to voice their concerns to the DHS.

“We're boxed in to a comment and hoping that the DHS will listen,” Baker said. “Will the comments be just comments? Will they have any kind of effect? That is not clear.”

Under current rules, international students with visas may remain in the United States "as long as they maintain compliance with the terms of admission” and remain enrolled at a school.

“[Applications for extension] go through the DHS already, but it’s more of a notification process,” Baker said. “And they can come in and audit it at any time. And they do, they come in and check the files and make sure we have the documentation that we need. So for them to just add this level of bureaucracy, and the fact that they could say no to these students even if they just have one more semester to go [to finish their degree] and they’ve paid hundreds of dollars — it doesn’t make us attractive.”

The DHS argues that these proposed changes “provide the department with additional protections and mechanisms to exercise the oversight necessary to vigorously enforce our nation's immigration laws.”

The Venezuelan student said that she doesn’t believe international students pose a national security threat due to the level of documentation required to obtain a student visa.

“They’re talking about international students like we’re a threat, but I think if anything, we’re the most watched immigrant that comes to this country, because they do have to keep track of us and we’re expected to keep certain demands.”

This proposal follows a reversal over the summer of immigration policy changes that would have forced international students to leave the country if their university’s classes switch to online-only delivery. Immigration and Customs Enforcement announced the policy update in July and retracted it a little over a week later after Massachusetts Institute of Technology and Harvard University announced a lawsuit.

Both University of Houston and Rice planned a hybrid model of both in-person and online course delivery for the fall semester, but published statements that worsening COVID-19 circumstances could force a mid-semester shift to online-only. Before ICE’s retraction, Rice president David Leebron told the Rice Thresher that the university planned to file an amicus brief in the lawsuit against ICE’s policy. In a statement, University of Houston said it was in communication with its international students on how to remain within compliance with the regulation and would work with national higher education organizations to address the issue. Now the ICE regulation only applies to new international students.

“I think [this proposal] may lead international students to not apply for undergrad in the United States at all, especially because their studies may be interrupted in the middle,” Chun said. “And because the DHS continues to make so many proposals that go against international students, students in the future could prefer to pursue their education in their home country or in countries other than the United States.” 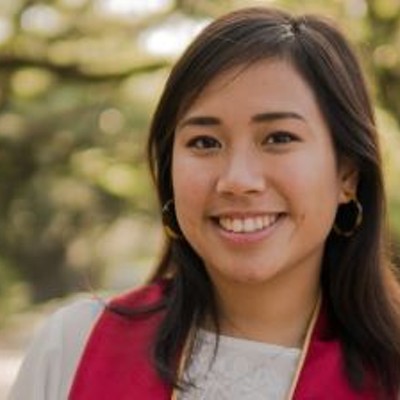