Houston's Derrick Lewis Plans to Swang and Bang at UFC 265

Derrick "The Black Beast" Lewis at UFC Fight Night in Austin. Photo by Jack Gorman
The world’s top MMA association returns to Houston for UFC 265 on Saturday. The action packed event includes the Interim Heavyweight Championship bout between H-town’s own, Derrick “The Black Beast” Lewis and Ciryl “Bon Gamin” Gane. The hometown fighter is a hard-hitting brawler that shares the record of most UFC KOs. His opponent, Gane is an athletic French kickboxer that started fighting in MMA only 3 years ago and comes into the Bayou City with an impressive 9-0 record. Lewis has the opportunity to secure gold against him and, if he can walk away with the belt, then Mayor Sylvester Turner needs to hold a parade of swangers through downtown to celebrate the new champ. 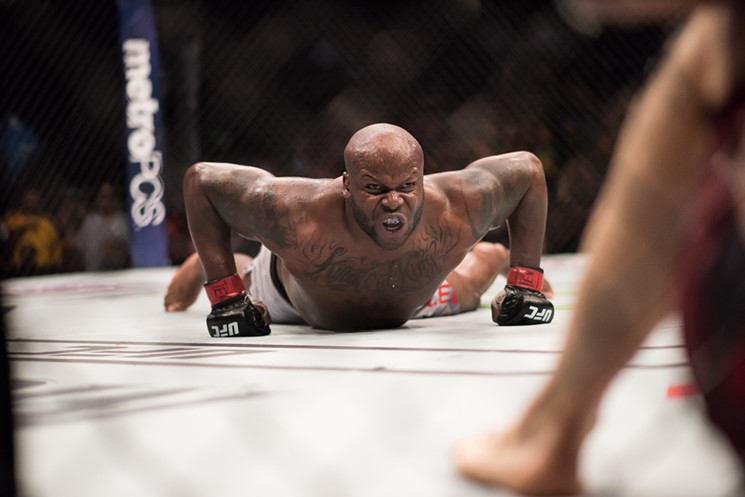 The Black Beast at UFC Fight Night in Austin.
Photo by Jack Gorman
Fans can soak in the excitement leading up to the fights at the ceremonial weigh-ins for all of the athletes competing at the event at 4 p.m. on Friday. It will be held at the Toyota Center, open to the public and free of charge. 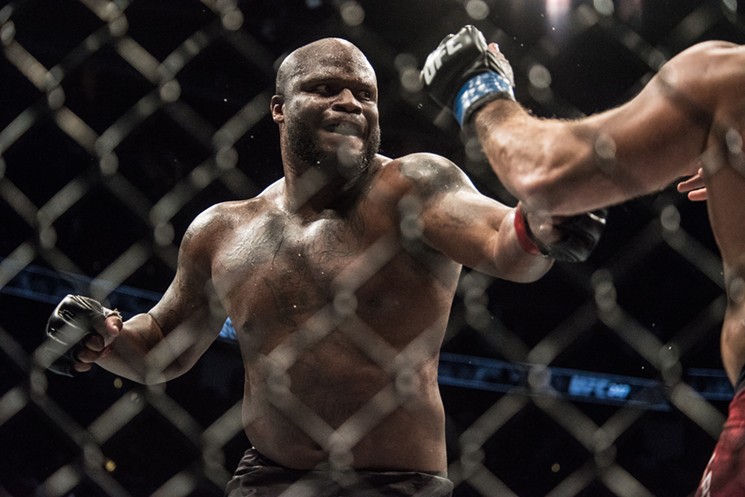 The main card for Saturday night:


Match-ups begin at 5:15 p.m. Saturday, August 7. Limited UFC tickets are available through the Toyota Center website. $90 and up.
KEEP THE HOUSTON PRESS FREE... Since we started the Houston Press, it has been defined as the free, independent voice of Houston, and we'd like to keep it that way. With local media under siege, it's more important than ever for us to rally support behind funding our local journalism. You can help by participating in our "I Support" program, allowing us to keep offering readers access to our incisive coverage of local news, food and culture with no paywalls.
Make a one-time donation today for as little as $1.