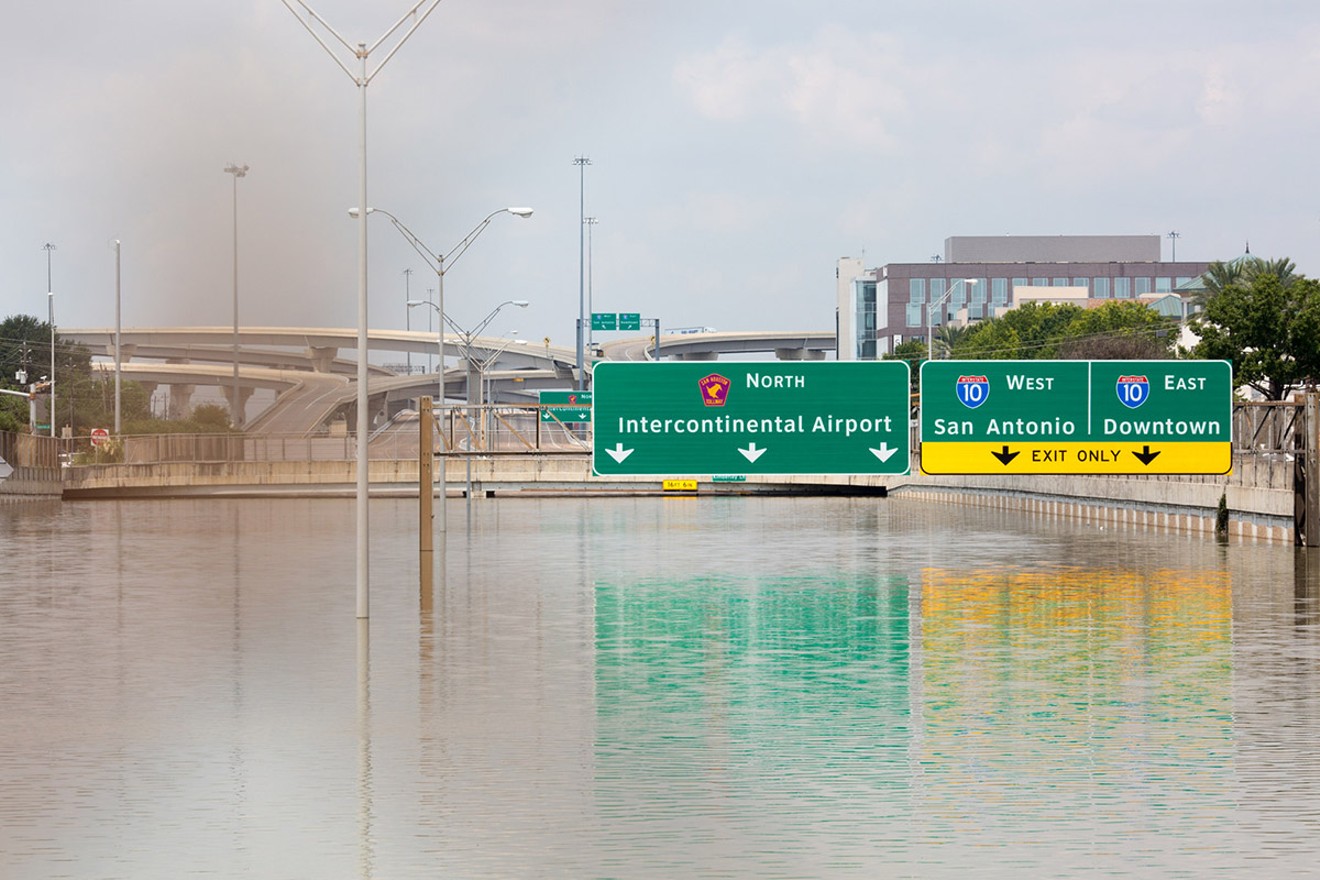 We'll have better rain chances this week, but nothing like last year at this time, thankfully. Photo by Revolution Messaging via CC
This past week saw some of the warmest temperatures of the summer with highs getting into the triple digits midweek. The arrival of a "cool" front early in the week didn't actually cool anything down. Instead, it simply ushered in high pressure, which brought with it drier air and increased daily high temperatures.

By the weekend, humidity had begun to reassert its typical dominance over the region as high pressure began to erode. That pattern will continue this week and we may even see some tropical moisture filter into southeast Texas by late in the week.

Of course, one year ago, Houston was dealing with a whole lot of tropical moisture in the form of Hurricane Harvey. Fortunately, this week will simply be the kind of precipitation that's good for the grass, not the kind that inundates your home.

Expect sunny and warm conditions Monday with highs in the low to mid 90s before clouds begin to build in on Tuesday. There is a chance of a shower on Tuesday afternoon, but expect the rain to become more widespread midweek. It is unlikely we'll see large accumulations or precipitation, but anywhere from a quarter inch to an inch of rain each day is certainly possible with maybe a little more in areas that get a decent thunderstorm.

By Friday, it should clear out just a bit before we settle into a pattern of scattered afternoon showers.

Note that temps aren't expected to get above the mid 90s this week. Some of that is due to the forecast of rain, but it is also an indication of the time of year. Believe it or not, as we move into September, a gradual decrease in overall temperatures should continue in earnest. Fall is closer than you think.

The Main Development Region in the Atlantic has become a bit more turbulent, which is normal for this time of year. Sea Surface Temperatures remain a bit lower than normal, but dry air has begun to dissipate in the central Atlantic and we are reaching the statistical peak of hurricane season.

Forecast models are showing some possible activity throughout the basin over the next week to 10 days, but nothing is imminent at this point. And wind shear throughout the Caribbean (despite bath water-like ocean temperatures) and even the Gulf continues to be inhospitable for storm development.

However, given the anniversary of Harvey and the reminder of how quickly storms can have explosive growth, we need to be wary.

Former Hurricane Lane has fallen apart off the coast of Hawaii. It is still bringing tremendous rainfall to the islands — more than 40 inches on the Big Island and more to come — and has a chance to eclipse totals we saw during Harvey.
KEEP THE HOUSTON PRESS FREE... Since we started the Houston Press, it has been defined as the free, independent voice of Houston, and we'd like to keep it that way. With local media under siege, it's more important than ever for us to rally support behind funding our local journalism. You can help by participating in our "I Support" program, allowing us to keep offering readers access to our incisive coverage of local news, food and culture with no paywalls.
Make a one-time donation today for as little as $1.