Houston Weather Weekend: Storms Ahead of a Cool Saturday, Sunday 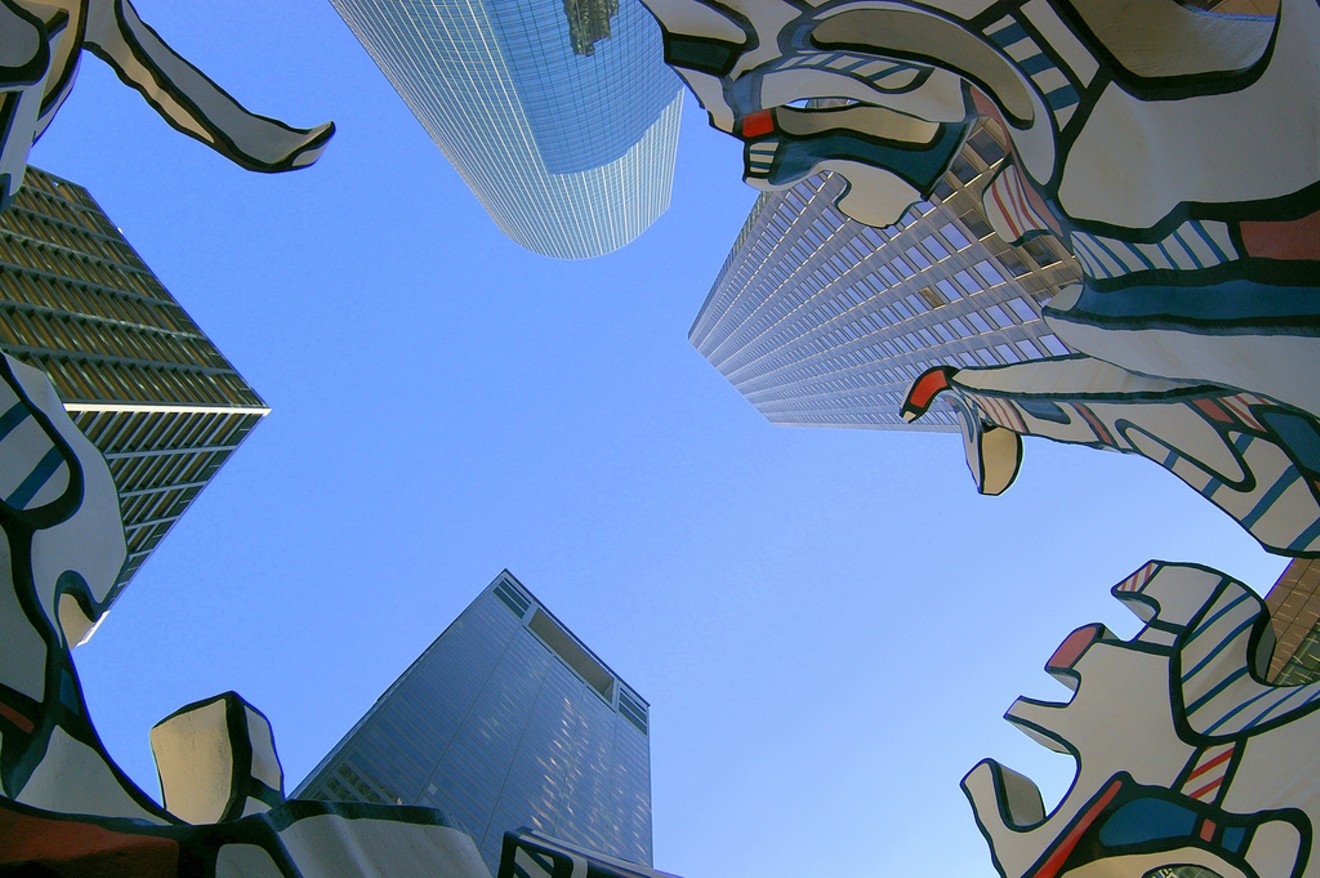 When you look up Saturday afternoon, expect to see lots of this (the blue sky, not the buildings and stuff...unless you're downtown—you get it). Photo by Adam Baker via Flickr
If you aren't quite ready to put your sweaters away, you're in luck because the weekend forecast might find you needing one, but not before we get some more rain and potentially thunderstorms.

The week behind us brought some stunning spring weather with highs around 80 under sunny skies. But, last weekend was a remarkably chilly one with cloudy skies and temperatures for several days that didn't make it above 60 degrees. This weekend will be similar, but with fewer clouds thanks to an approaching cold front.

With the front will come the chances for widespread rainfall. The Houston area will probably not get much more than an inch of rain in most spots as a line of storms moves through in the evening hours on Friday. For the moment, forecasters believe the worst of the weather, which could include hail and strong winds, will be to the north and east of us. There's a chance, in fact, that the western parts of town get little or no rain at all.

The front should clear by later in the evening and the coast by the next morning. Some light rain and clouds will linger into early Saturday, but those will clear out by the afternoon and leave us with some beautiful, if cool, conditions. Highs on both Saturday and Sunday won't get out of the 60s and, as Space City Weather so adroitly describes it, "Sunday morning will probably be Houston’s coldest until November."

Sunday morning temperatures will likely be in the low 40s. Like we said, keep your sweaters handy this weekend. It appears you will need them.