What If The NFL Offseason Looked Like the NBA Offseason? 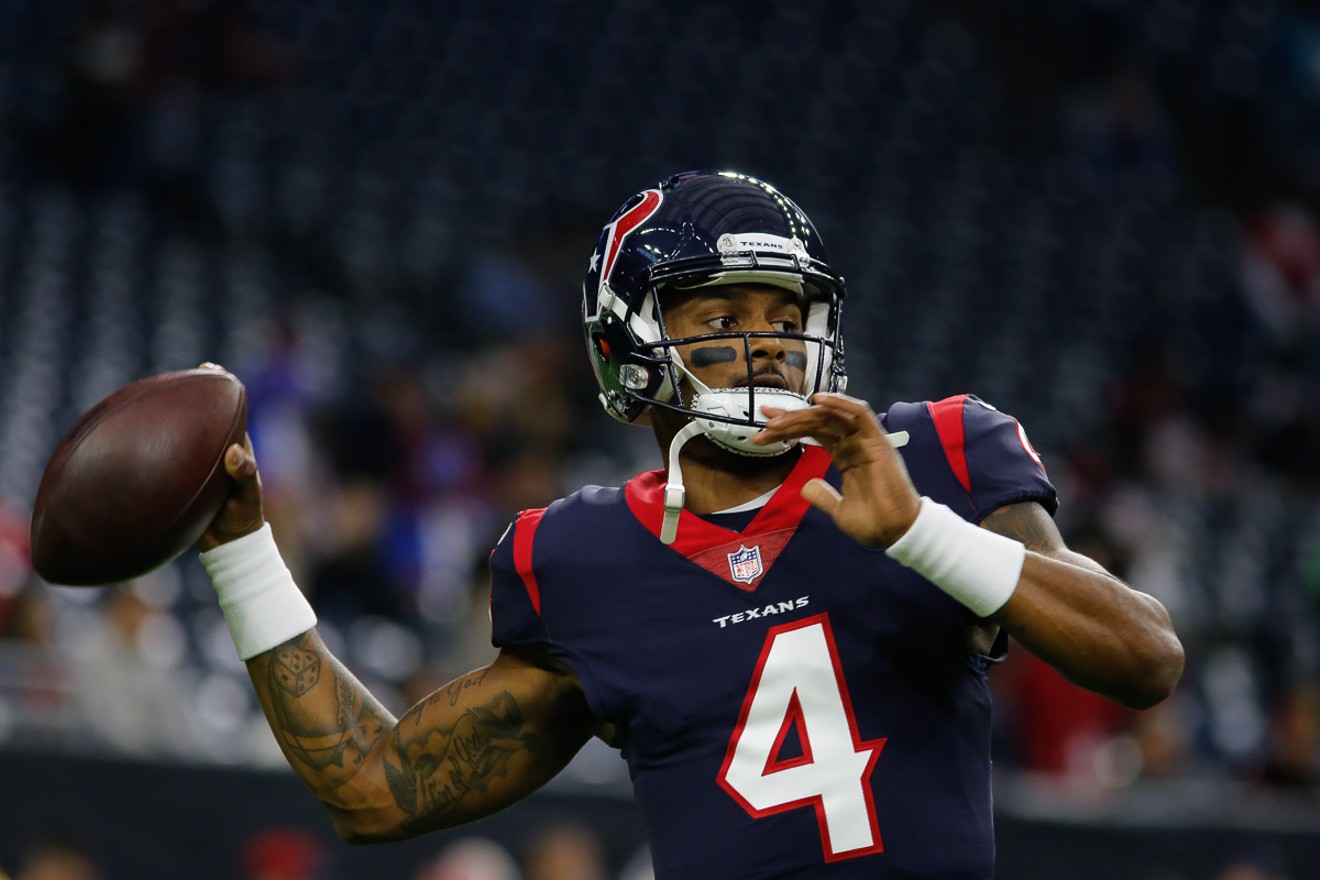 Imagine if Deshaun Watson (and a half dozen other QBs) changed teams this past offseason? Photo by Eric Sauseda
Late last week, the Houston Rockets had the press conference for their latest splashy offseason move. In fact, the trade for Russell Westbrook might be the splashiest Rockets move since the trade for James Harden in October 2012, which is saying something considering this is a team that brought in Dwight Howard on the tail end of his prime in 2013, and Chris Paul still playing at high level in 2017.


The Westbrook trade didn't happen in a vacuum. It wasn't a thing where Daryl Morey magically thought of it in the beginning of July, made a few phone calls, and then consummated the deal. Instead, the Westbrook trade was the final tremor in a chain reaction that began with Kawhi Leonard's decision to leave Toronto at the outset of free agency.

Leonard's desire to leave Toronto for Los Angeles begat the Thunder trading Paul George (Leonard's desired running partner) to the Clippers to pair with the reigning NBA Finals MVP. From there, with the Thunder in clear rebuild mode, the move of Westbrook to the Rockets for Paul came together over the next week or so. All of this occurred and didn't even bleed into other huge NBA free agency moves like Kevin Durant and Kyrie Irving to Brooklyn, Jimmy Butler to Miami, or Kemba Walker to Boston. Anthony Davis had already been traded to the Lakers a month or so before all this.

Bottom line — it was a bananas NBA offseason, and a more compelling three weeks off the court than anything that happened on the court, including possibly the NBA Finals. I don't know if that's good or bad, long term, for the NBA, that its offseason soap opera overshadows actual basketball. It is what it is.

One thing that is for sure — we will never, ever see an offseason like the 2019 NBA offseason in the National Football League, for many reasons. First and foremost, the existence of the franchise tag in the NFL (for which in Houston, we don't really need a refresher, what with Clowney and all) will always keep salaries from exploding uncontrollably and keep the movement of marquee players to a minimum. Second, players in the NBA have so much more control over where they play than NFL players. With guaranteed contracts, NBA players can force the issue and get moved much easier than NFL players. (Example: Antonio Brown basically had to turn himself into a full on criminal for the Steelers to trade him. Paul George basically just asked nicely to be sent to LA.)

So we will never see massive player upheaval in the NFL, but what if, all of a sudden, the franchise tag went away and marquee NFL players actually made it to free agency, and the bidding could REALLY begin? What would an NFL equivalent of the NBA's 2019 look like? Well, I've always said that the football equivalent of superstar NBA players are NFL quarterbacks, guys who can change the fortunes of an entire franchise through their mere presence, so it would obviously entail a massive number of QBs changing teams.

To add context, I got the NBA player power rankings and NFL QB power rankings from my friend Steve Fezzik of Pregame.com. Fez is one of the premier handicappers in the world, and I trust the elite gambling community for things like power rankings more than any other corner of the sports universe. So here are Fez's rankings of star NBA players and NFL quarterbacks, side by side. The NBA players who were moved this past offseason are in BOLD:

So how would an NFL offseason like the NBA's most recent offseason look? Well, it would entail Aaron Rodgers, Tom Brady, Drew Brees, Matt Ryan, Carson Wentz, Dak Prescott, Cam Newton, Nick Foles, and Derek Carr changing teams. That's nine of the top 22 quarterbacks, a résumé that includes the following:

Instead, we are left with an offseason where the only quarterback movement is Foles signing a four year deal in Jacksonville, and the Denver Broncos making one last Hail Mary attempt to rejuvenate a completely uninspiring and aging Joe Flacco. Look, football is king, and perhaps this degree of continuity is one big reason why, but damn it would be fun, just once, to have massive superstar upheaval for an offseason, and see where it goes.

Of course, with Deshaun Watson now the franchise quarterback for the Texans, I should probably shut up and thank all the football gods for the current system.