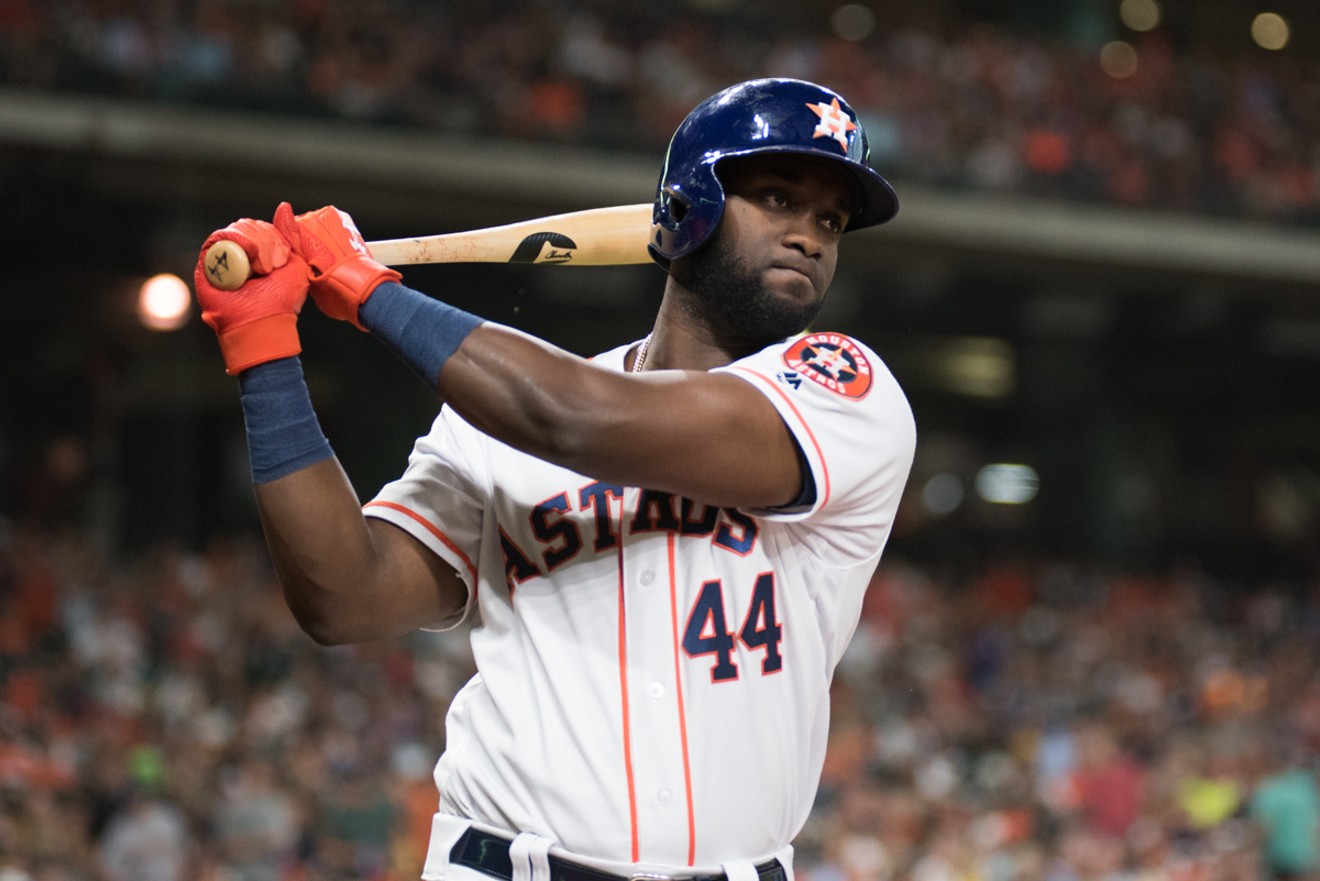 Yourdan Alvarez will play a big role in just how good the Astros record is leading into the playoffs. Photo by Jack Gorman
It's kind of incredible that over the course of 162 games that two or three teams (or more) could wind up with the same record and in a battle for playoff position in the final games of the season. In the case of the Astros, their division win is all but cemented. The only thing they have left to play for is home field advantage and there are two teams in their way: the Dodgers and the Yankees.

As of this writing, the Astros were one half game behind both teams at 86-47 (the Yanks and LA are 87-47). Less than two weeks ago, they trailed both by at least three games. They also happen to own the tiebreaker over the Yankees and have a healthy three game lead in intra-division records.

So, lets break down the remaining schedule for the three teams and see how they stack up.

On paper, this is clearly the best remaining schedule. They play more home than away games, have fewer games against teams with winning records, with only two of those games on the road. They, as of this writing, have two left against the Rays, two at Milwaukee and four in Houston against the A's, games at the tail end of the season that could be pointless. They also should get players back over the next couple weeks and get a look at some of their talented minor leaguers with September call ups. The Astros appear to be in the driver's seat.

The Yankees aren't too far behind. They have only one more road game (with one less game left to play overall) and have quite a few cupcakes on the schedule. But, they have a four game series at Boston, a hated rival, and two games in the final week of the season at Tampa Bay. They also have six remaining with the A's, who are fighting for the wild card, and three with Texas, who have been remarkably resilient, all in the next week while the Yanks are slumping.

The Dodgers have the toughest road to hoe of the three with 17 of their 28 games left on the road and seven of them against plus-.500 teams. That includes a two game series in New York with the feisty Mets and four at Arizona coming up shortly. Admittedly, their easy games might be easier than the Astros and Yankees combined with multiple series against the Padres and Rockies as well as a trip to Baltimore. But the Dodgers, who haven't looked great in recent days, will need to fight to keep their interest up having essentially wrapped up home field in the National League.

Of the three, the Astros are in the best position to take the top spot in baseball. Jeff Lunhow said he believes as much on KBME 790 AM on Wednesday. The Yankees are still trying to get some of their players back from the ridiculously long IL that has plagued them much of the season and the Dodgers can coast into a comfortable home field in the NL. That doesn't mean the Astros will take the top spot in the MLB by season's end, but they certainly seem to have the leg up in the race.
KEEP THE HOUSTON PRESS FREE... Since we started the Houston Press, it has been defined as the free, independent voice of Houston, and we'd like to keep it that way. With local media under siege, it's more important than ever for us to rally support behind funding our local journalism. You can help by participating in our "I Support" program, allowing us to keep offering readers access to our incisive coverage of local news, food and culture with no paywalls.
Make a one-time donation today for as little as $1.