Worlds Collide When NXT Touches Down at The Toyota Center 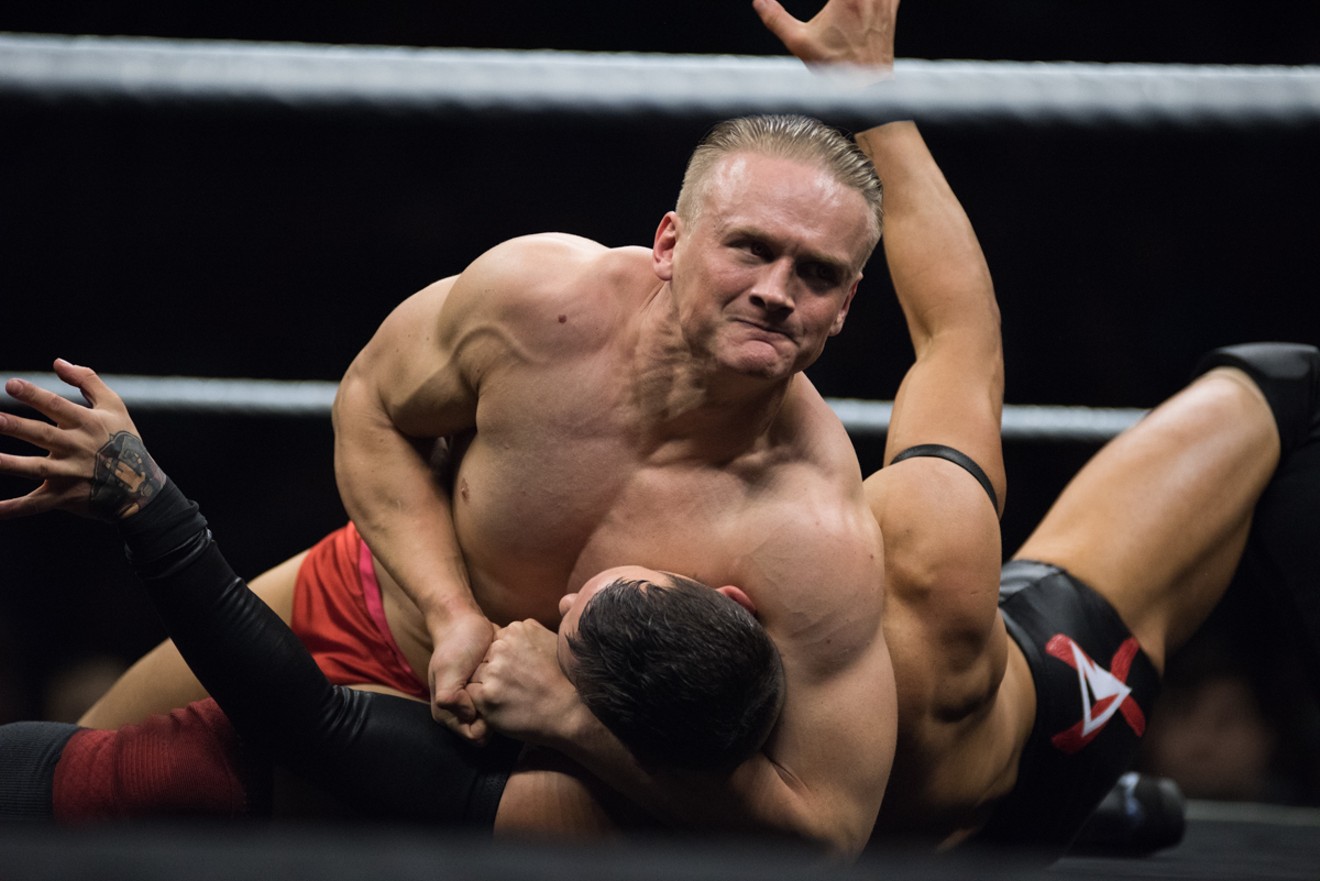 
The crowd in the Toyota Center rose to their feet as the members of Undisputed Era and Imperium stood opposite each other in the center of the ring. The two groups hyped up the audience but at this point it didn’t take much to get the WWE fans to react. A young boy behind me yelled trying to get his dad’s attention.

“Which one are the bad guys?!” he called while peeking through the standing crowd at the eight wrestlers moving around the ring.

“Well…” his dad replied, but before he could get an explanation out Aichner and O’Reilly began exchanging blows, slapping each other so hard that the resulting sound could be heard throughout the audience.

The kid quickly cut off his dad as he tried to get a better look at the action going on inside he ring.

“Never mind…it doesn’t matter,” he yelled as Aichner power-slammed his opponent into the mat in front of the roaring crowd. 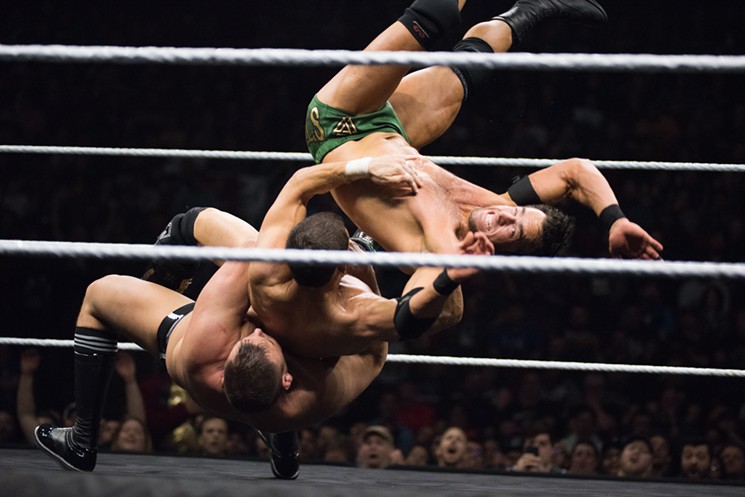 A Double Suplex brought the crowd in the Toyota Center to their feet.
Photo by Jack Gorman

The acrobatics, physicality, and stage presence were on full display as Angel Garza defended his belt against Isaiah “Swerve” Scott, Justin “The Irish Ace” Devlin, and Travis “The Kiwi Buzzsaw” Banks in a four-way match. Chants of “Swerve” echoed through the stadium as he tried to claim the belt from the defending champion. This is wrestling so the crowd favorite is not always going to be the one that comes out on top. Devlin eventually bested the champion leaving a defeated Scott kneeling reflectively in the ring as he grasped to catch his breath. The crowd uttered cheers of support until the rising upstart finally rose to his feet and lumbered to the side of the auditorium.

The match between DIY and Mustache Mountain left the crowd wanting more.
Photo by Jack Gorman
The audience is a huge portion of the WWE experience and the crowd at the Toyota Center didn’t disappoint, hollering and gasping as the show progressed. There was only one break in their almost nonstop applause which occurred when a member of Undisputed Era took an errant kick to the face and quickly collapsed in the ring. The ref almost immediately jumped on top of the seemingly lifeless contender as medical staff moved in to assess. After a few moments the audience cheered as a groggy Alexander Wolfe was helped out of the ring and ushered backstage.

This show is only one of the events by the WWE, with Royal Rumble taking place Sunday at Minute Maid Park. If NXT is the up and coming talent being groomed for the WWE then fans have a lot to look forward to when attending the Royal Rumble.
KEEP THE HOUSTON PRESS FREE... Since we started the Houston Press, it has been defined as the free, independent voice of Houston, and we'd like to keep it that way. With local media under siege, it's more important than ever for us to rally support behind funding our local journalism. You can help by participating in our "I Support" program, allowing us to keep offering readers access to our incisive coverage of local news, food and culture with no paywalls.
Make a one-time donation today for as little as $1.