30 Days of No Caffeine, No Alcohol: Week Three 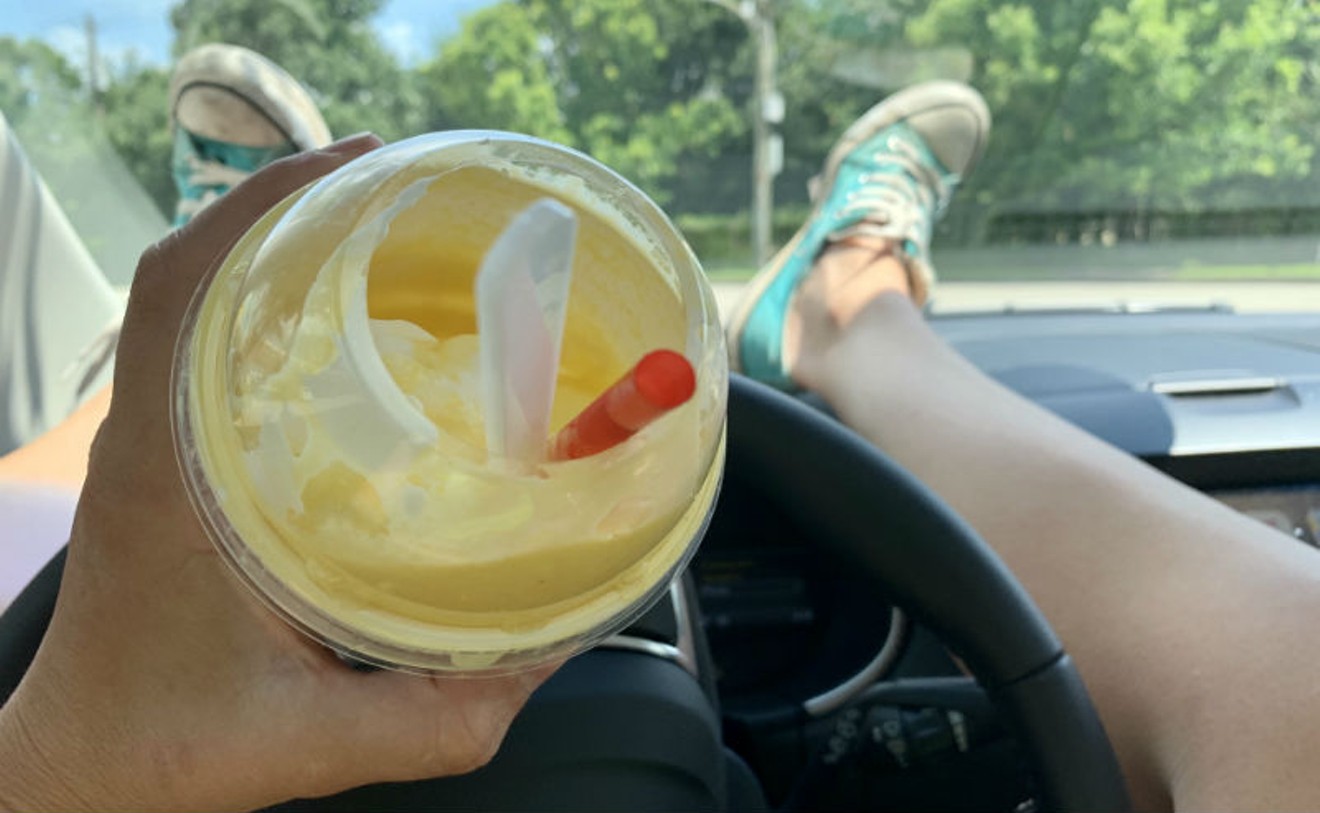 Really well-disciplined people that lead a healthy lifestyle, that are totally in control of themselves, I don’t know many, but I would imagine they would tell you the hardest part of a 30-day abstinence diet is the beginning.

Listen up Bethany, it isn’t. The hardest part of a 30-day no caffeine, no alcohol diet is the middle because it’s been forever already and there’s still a whole other half of forever to go.

A big thanks to the outflowing of support during this time like Sarah, my best friend of 15 years, who when I told her over the phone responded with, “Hahahahahhahahahahaha.”

Or Tony Vallone, who replied in solidarity, “Me too.”

"Wait, not even ristretto T?"

"Oh yeah, well, of course I still have that." I sensed him grinning over the phone.

This isn’t the first time he and I have been sentenced to restrictive health regimens. Espresso abuse? That’s us. Dining out? We form a drinking team— meaning I drink all of my portion and later on in the meal he scoots his glass over which I finish too. Kind of like a boozy, baby bird. But hey, there is no reason why Brunello, Amarone grappa and the like should go to waste—which is probably why I’m here in the first place.

Don’t get me wrong, aside from one sugar crash backing up into the next, I feel great, and I think my synapses are synapsing much faster, but it’s like— I’ve never spit so much good wine out before. Satellite Saint-Emilion merlot/cab franc? Dope Napa rarities like Proof, made from pre-phylloxera petite sirah root stock? Should have swallowed that. Or Sonoma’s Ulises Valdez 2013 Zinfandel made when he was still alive? Fuck. Me.

To possibly acquire a few bottles of Proof, it is distributed by Vintage Select Wines.

Here are some moments:

But fortunately, Marshalls & Home Goods was right around the corner and if any place could revive the spirit it was MHG with its unfathomable selection of chairs, pillows, etc. As I stared blankly at the aisle of a thousand candles, I could feel the namaste immediately wash over my chi.

But what I really wanted to enjoy to celebrate being child-less, boyfriend-less and overall blissfully unobligated on this beautiful, hot as shit afternoon was a Michelada Petroleo from Cuchara. Named “petroleo” for the addition of umami Maggi seasoning which gives the drink a petroleum spill appearance, this variation is as positively lip-smacking as it is thirst-quenching.

Day 17: Let’s discuss napping, but in particular, sugar crash-induced naps. The sugar crash nap is a “cat” nap that’s been body slammed into REM sleep from the ShackBurger and cheese whiz crinkle fries that just hit the small intestine. Dreams during sugar crash naps are either vivid or total black out, some can even lead to “daymares.” The “daymare” can get as scary as talking to dead people and be as awkward as your parents walking into a room full of vibrators while you're holding six of them. Oh, and definitely try the Salted Caramel milkshake from Shake Shack.

Which brings us to the halfway mark milkshake tally. Lay it down for them, Kelis:


Day 18: Swooped by Houston Wine Merchant on the way to work to admire its Bordeaux selection as well as pick up some birthday pirate juice (Equipo Navazos Oloroso Sherry) for my boss Brian Brossa and was gifted two Laredo Taqueria barbacoa tacos from store manager Antonio Gianola. Gianola has been preaching Laredo’s tacos ever since the first time he visited and ordered one of everything. Crisp, fresh-pressed flour tortillas wrapped around a snug portion of juicy face meat topped with razor-sharp green sauce was the water-bottle squeeze, quick-stitch to push me back into the ring.

Day 19 aka National Doughnut Day for everyone who didn’t get the message that yesterday was National Doughnut Day: Well folks, that means a visit to Duck Donuts. A dozen, fresh-fried, expertly crafted cake doughnuts clocks in at a little less than $20 and makes for excellent team building snack before the shift. And the two I ate silently by myself in the car will always hold a special place in my memory—probably more short term memory than long, but still.

To be continued...
KEEP THE HOUSTON PRESS FREE... Since we started the Houston Press, it has been defined as the free, independent voice of Houston, and we'd like to keep it that way. With local media under siege, it's more important than ever for us to rally support behind funding our local journalism. You can help by participating in our "I Support" program, allowing us to keep offering readers access to our incisive coverage of local news, food and culture with no paywalls.
Make a one-time donation today for as little as $1.