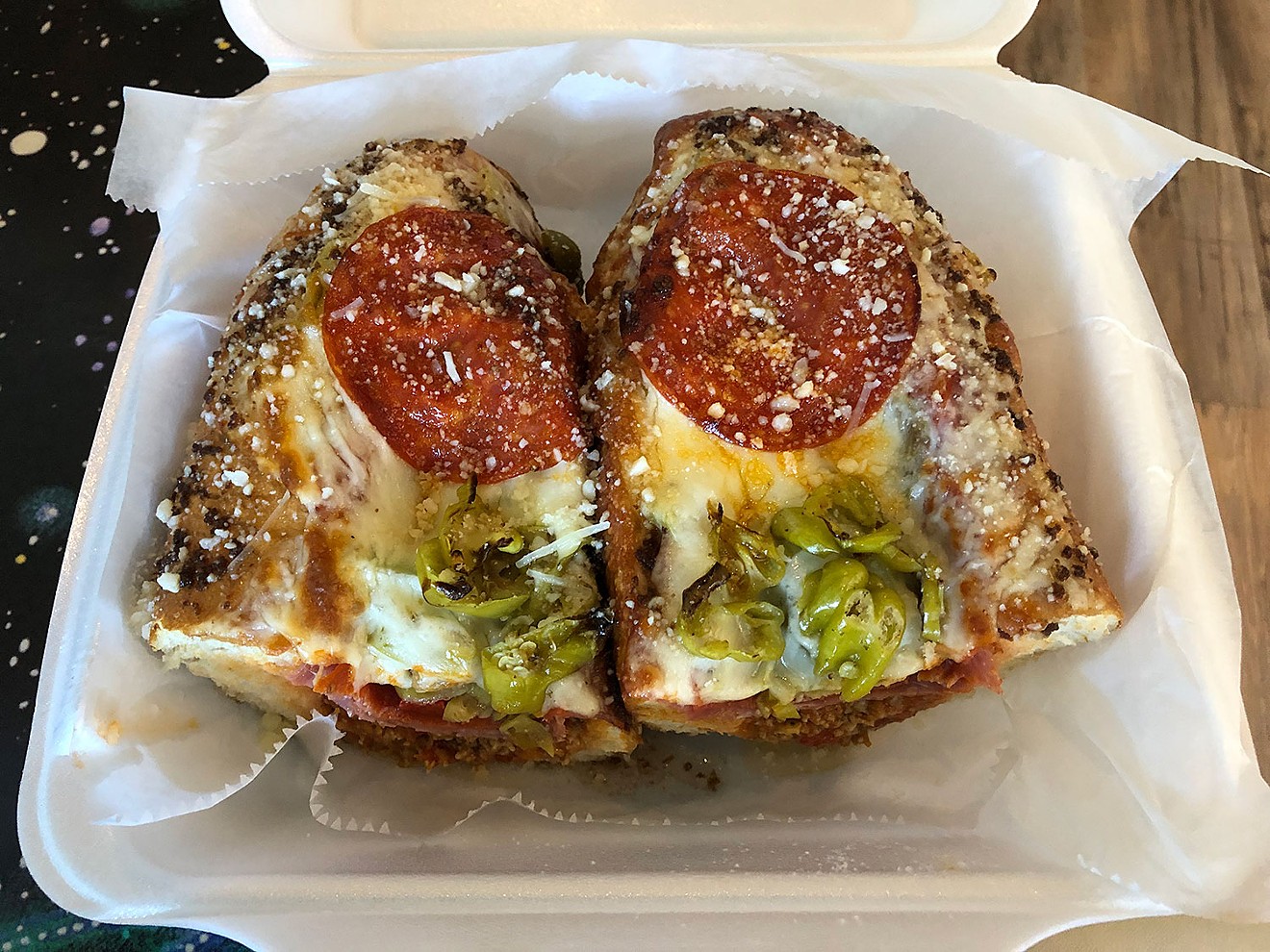 The Lucky Luciano at Tony's Italian Delicatessen in Montgomery is worth the drive, especially because it's so big, you'll have lunch for the next day too. Photo by Jeff Balke
We are in search of Houston's best sandwiches because we love sandwiches and we love Houston!

Since I began writing about sandwiches over a year ago, I have received periodic emails from an avid reader imploring me to drive to Montgomery, just east of Conroe, and try a little, hole-in-the-wall sandwich shop that was named the best place to eat on Yelp in 2017. Ironically, my mom lives in Montgomery, but we tend to meet either in Houston or at her home if I head up north.

But, last week was apparently the last straw for my emailing friend. Seeing how I had written about a restaurant in Galveston, he believed I no longer had an excuse to travel the nearly hour north of Houston if I was willing go roughly the same distance to the south.

Little did he know but my mom and I already had plans to meet for lunch this past weekend and, wouldn't you know it, Tony's Italian Delicatessen (16283 TX-105 No. 9), 2017's best restaurant on Yelp was our destination.

Tony's is a classic Italian joint with essentially nothing but sandwiches, all named after famous Italians (Frank Sinatra, Danny DeVito, even James Gandolfini), most filled with deli meats and marinara sauce served on crusty bread. Hoagies, grinders, subs, whatever you call them, they are typically loaded with ingredients and the best are served hot.

Like I often do when I go with friend, I encourage everyone to try something different so we can compare. Surprise, surprise, the winner at our table was the very one my friendly emailer recommended, the Lucky Luciano including hot peppers, just as he suggested.

The Lucky is a gigantic (all their sandwiches are) sub with salami, Italian sausage, pepperoni, marinara sauce, roasted red peppers and provolone on an Italian loaf. They ask if you want hot peppers. Always say yes. I'm not generally into very spicy food, but these peppers add just the right kick.

First, the sandwich is massive. If you can eat the whole thing in one sitting, I recommend a trip to the cardiologist or a gastro-intestinal doctor shortly thereafter. Second, it is everything you want in an Italian hoagie. It's rich, like really rich, filled with tangy and bite, and loaded with great ingredients. But, what sets this sandwich apart is how it is put in the broiler and heated up.

Of course, it melts the cheese, but it does much more. "Crusty" bread can often be code for gum-slicing agony. Not this. It was light and delicate with a serious crunch thanks to the toasting and a light dusting of parmesan cheese and herbs. We all agreed that as good as the guts of this sandwich (and the others), it was the bread that sent it over the top.

So, to my emailer who claimed this was, hands down, the best sandwich in Houston, we'll have to agree to disagree on that one. There are still a number, for me, that beat the Lucky, but it is certainly deserving of making this list, maybe even a shortlist, of best sandwiches in Houston. So, thanks for the tip and keep them coming.