With the recent closing of Agricole Hospitality's Revival Market, the trio of Morgan Weber, Ryan Pera and Vincent Huynh teased that there was other big news coming. Today, Agricole announced that it would be opening a second location of its popular Heights bar, Eight Row Flint, this coming fall. The new location will be in Houston's Second Ward in the East End at 3501 Harrisburg. It will be convenient to the METRORail's Green Line. 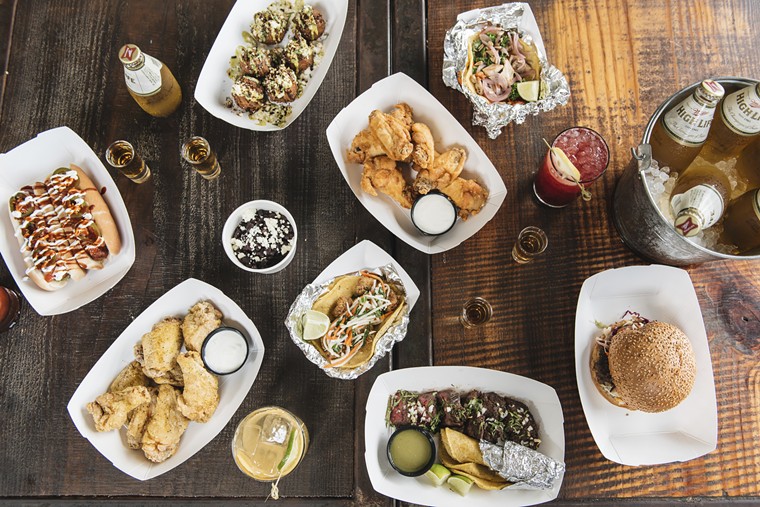 The yummy tacos and other delicious eats are coming to the Second Ward.
Photo by Agricole Hospitality
Eight Row Flint first opened in 2015 at 1039 Yale. The modern ice house gained fans for its creative cocktails, extensive list of whiskeys and agave spirits and its tacos with house-made tortillas. For the foray into EaDo, Agricole is using the talents of three longtime team members to lead the expansion. General Manager Christina Ramirez has been with Eight Row Flint from its beginning. She will oversee both locations as the new Eight Row Flint concept manager. Christian Garza, who is currently the assistant general manager, will be elevated to the role of general manager at the new East End location. Chef Marcelo Garcia has been given the role of executive chef at both locations, having been an integral part of Agricole Hospitality since 2013. 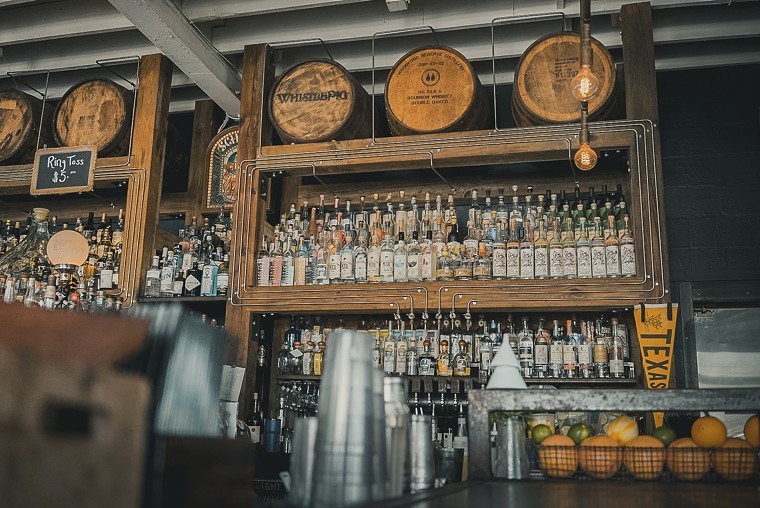 Eight Row Flint lures in lovers of agave spirits.
Photo by Agricole Hospitality
Owners Pera, Weber and Huynh said that they are proud of what Eight Row Flint has become over the past eight years and that watching their staff develop over the years is one of the most rewarding elements of being business owners. In a press release the trio said, " With this being our first expansion, it's a really exciting moment for us... We couldn't be happier for these three key team members-Christina, Christian and Marcelo- to grow alongside the Eight Row Flint concept as they increase their responsibilities and take on these new roles."

Eight Row flint was one of the first bars in the country to serve Ranch Water and the innovation continues with carbonated drafts and seasonal margaritas. The bar program at the second location promises to be just as creative and the full kitchen will offer the opportunity to expand the food menu while sticking to some of the signature favorites. It will also allow the new location to host exciting new events.

Agricole Hospitality also owns and operates Coltivare, Indianola, Miss Carousel and Vinny's. The hospitality group is also planning to open EZ's Liquor Lounge next door to Coltivare later this summer.
KEEP THE HOUSTON PRESS FREE... Since we started the Houston Press, it has been defined as the free, independent voice of Houston, and we'd like to keep it that way. With local media under siege, it's more important than ever for us to rally support behind funding our local journalism. You can help by participating in our "I Support" program, allowing us to keep offering readers access to our incisive coverage of local news, food and culture with no paywalls.
Make a one-time donation today for as little as $1.