An Ode to the Cali Sandwich Lady 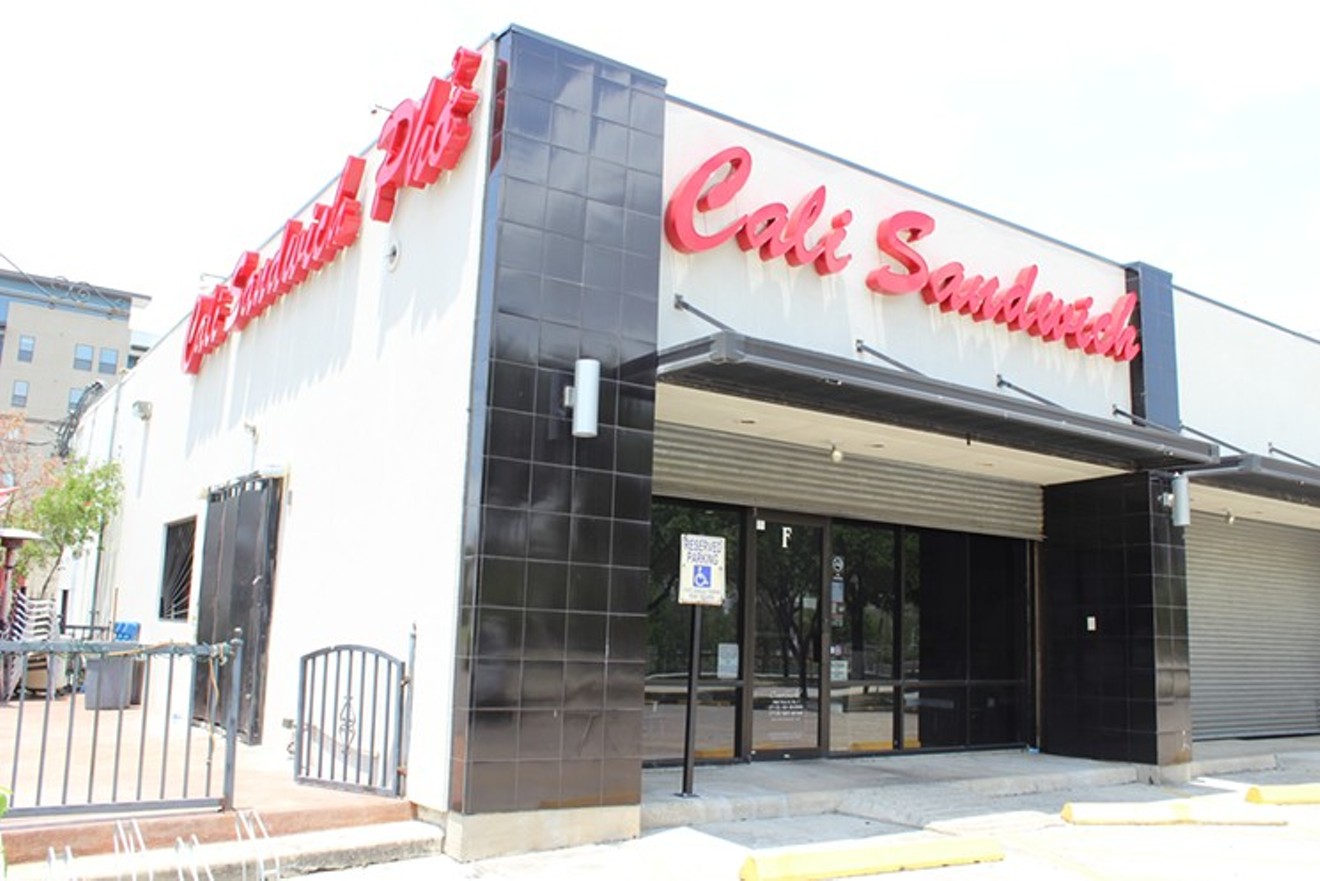 Inside are my favorite sandwiches and the amazing woman who takes my dumb orders. Photo by Gwendolyn Knapp
I honestly don't even know her name, but anyone who frequents the midtown Vietnamese joint, now inside the old Crave Sushi spot on Travis Street, knows who I mean. She is always behind the counter, taking orders and barking them back to her staff. She is the beating heart of one of my favorite Houston institutions.

People who know me recognize my unending appreciation of a good sandwich. I've written plenty of things about the sandwiches I love and told friends where to go for the good stuff, like the amazing barbecue pork Bánh mì at Cali. It is insanely good.

But this isn't a review of the food at Cali. This is all about her because, without this woman, my experience here would be just plain lacking.

When I first began going to Cali, it was early in my days as a freelancer for the Houston Press. I would occasionally fill in as editor when someone was out and Cali was mere blocks from the office. It may have been my (now) wife that first suggested I go there, having seen my deep longing for a good sandwich, a trait in me she still finds mostly odd but occasionally mildly amusing. Being the not-terribly-adventurous-on-my-first-try sort of dude, I got a chicken Bánh mì , which was great and enough to get me back in the door...repeatedly.

Before long, I had tried most of the meat-and-bread offerings there but settled on the barbecue pork because...well, just try it. The food was always good, but the one other constant was the woman behind the counter. She was fascinating and mildly terrifying, like a more generous and tinier Soup Nazi. She didn't snap at anyone, but she wasn't suffering fools either. With an always busy lunch crowd, it's no wonder she prized efficiency.

By my second or third trip, I became determined to make this woman an ally. "I'm a friendly guy," I thought to myself. And she was perfectly pleasant to her many regulars. And if there is one thing I love, it's being a regular. When I travel, all I want to do is hang out with locals and go to the cool local haunts. The idea of being an outsider makes me distinctly uncomfortable. To get this woman at Cali to do more than simply acknowledge my presence would make me an insider and it became a very mild, but critical obsession.


I made excuses to go to Cali for lunch, pick up orders, whatever. I tried to joke with her, but she was unflinching. She was never rude, but took my order and moved on; no banter, no small talk. It reminded me of the Seinfeld episode where Jerry's girlfriend hated George: "She just dislikes me so much. It's irresistible."

Then, one unassuming day, it happened. I walked in, expecting nothing. I walked to the counter and, before I could say a word, she said, matter of factly, "Barbecue pork, no pepper." I was stunned. She knew my order. Well, of course she did. The woman is a goddamn professional. But, still, MY order. I was beside myself. I tried to hide it, but I no doubt cracked a little smile, thanked her and moved to a nearby table to wait, positively giddy.

(And, yes, food snobs, I get my Bánh mì without jalapeños. The very first time I had one (not from Cali), I bit right into the center of a whole, raw pepper, seeds and rind intact. It was only after bathing in milk that I felt semi-normal again, so spare me the lecture.)

Over my next few visits, our budding acquaintance (dare I call it friendship?) began to grow. She knew my orders. She called it before I got to the counter. I'd take friends for lunch and she'd say, "Oh, you brought a friend today." She would even smile. I was now on the inside, a place I had dreamt of and it was glorious. I even watched and smirked as other patrons were given the antiseptic routine of an outsider. I was downright smug about it.

Then, my visits became more sporadic. I wasn't in the area as frequently. Perhaps a year or more went by before I came back. I felt a tad sheepish when I pushed open the glass doors before hearing, "barbecue pork, no pepper..." As you might have guessed, it was one of the more satisfying culinary experiences of my life and I was barely inside the front door.

I have yet to visit the new location. Admittedly, I don't get to that part of town as often as I once did. But, I have my fingers crossed that when I do, she will remember me and I'll hear "barbecue pork, no pepper" once more. I love that damn sandwich so much, but when she takes my order, somehow it tastes better.