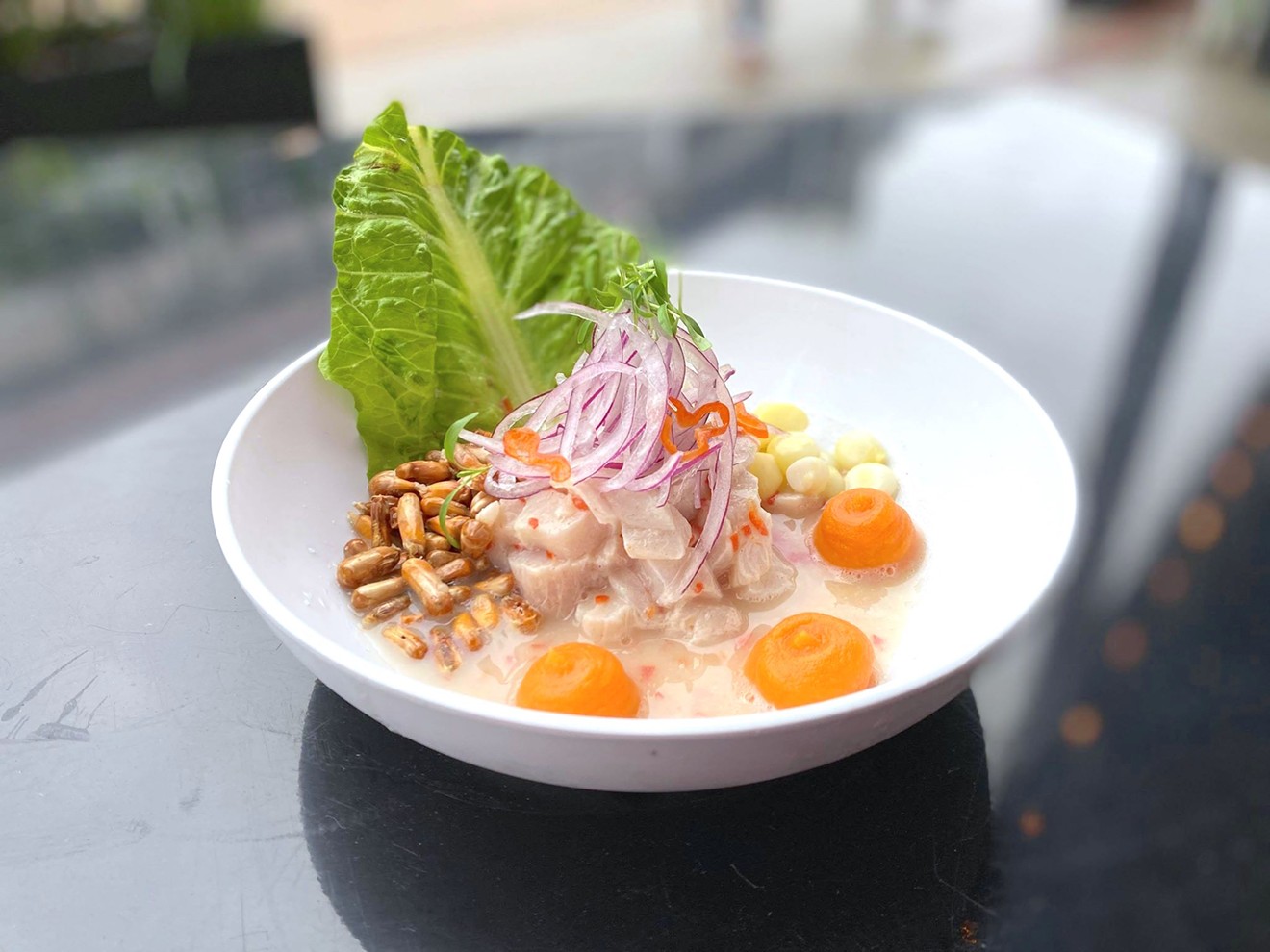 Ceviche is the national dish of Peru, so when chef Masaru Fukuda, who was born in Lima, debuted Japanese-Peruvian food stand Pacha Nikkei at Politan Row food hall in Rice Village, it was a given that ceviche would feature on the menu. And sure enough, ceviche has emerged as one of the must-try dishes at this sleek new hotspot. For spicy food lovers, the chalaco, Fukuda’s mixed seafood ceviche, in which he incorporates aji amarillo, aji limo and rocoto pepper, is excellent.

But for a taste of Peru, you won’t go wrong with the simple, unadulterated Peruvian ceviche. Made of mahi mahi chopped into cubes and flash-marinated in a leche de tigre of dashi, lime and vegetables, with choclo, cancha, sweet potato puree and red onions, it looks and tastes just like something you’d get on the streets of Lima — right here in Houston.

2445 Times, Houston
houston.politanrow.com/pacha
KEEP THE HOUSTON PRESS FREE... Since we started the Houston Press, it has been defined as the free, independent voice of Houston, and we'd like to keep it that way. With local media under siege, it's more important than ever for us to rally support behind funding our local journalism. You can help by participating in our "I Support" program, allowing us to keep offering readers access to our incisive coverage of local news, food and culture with no paywalls.
Make a one-time donation today for as little as $1.